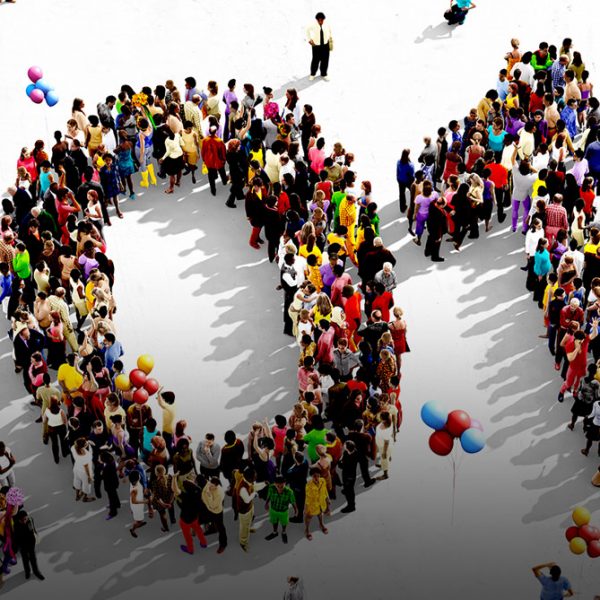 //
The shape of things to come

Which platforms are gaining – and waning – in importance in the increasingly complex social media ecosystem in 2017? Hint: Facebook is king!

One of the most significant and indisputable takeaways from Newswhip’s State of Content & Social Strategy 2016 report is that Facebook’s dominance is not only rock solid – it will continue to grow, largely thanks to innovative new products such as Video, Live Stream and Instant Articles.

The survey compiled data from 250 respondents across news, PR, publishing and marketing.

Here is everything else you need to know about the social landscape in 2016 – and what’s coming down the pipeline.

With 40% of US adults getting their news from Facebook, and the social giant driving between 21-40% of respondents’ monthly traffic, compared to 0-10% for all other platforms combined, organisations are increasingly adopting a social-first approach and tailoring content to fit with Facebook’s new products.

Platforms Driving Most Traffic Other than Facebook
(By number of respondents)

Social Media is the New KPI

Data gleaned from social is being used to the point where KPIs and key metrics are no longer the benchmark. 41% of publishers, brands and agencies are using Facebook shares, Instagram comments and tweets to measure content engagement and success for both themselves and their competitors.

Furthermore, 34% are deep diving into audience trends, reader interests and analytics to better understand audiences and engage with loyal fans. Social media is also credited with giving brands more personality, as it allows for the creation of engaged deeply rooted communities, with shared values and beliefs, outside an organisation’s website.

Most Important Social Media Metrics in 2017
(By number of respondents)

Key takeaway? Facebook reactions, comments and shares will be the most important social media metric in 2017.

The Platforms Predicted to Emerge as Social Leaders in 2017

(By number of respondents)

Key takeaway: Snapchat is on the rise due to its Millennial fan base. CNN and DailyMail have emerged as winners of using Snapchat discover, which they have used to create live stream, and user-generated content.

According to Wynton Hall, Managing Editor and Social Media Director, Breitbart News, Snapchat and Instagram are nipping at Facebook’s heels “because they allow for visual, emotion-laden storytelling that niche publishers can use to forge a community where readers nod in agreement and say to themselves, ‘Yes, these people get me. I want to be part of this community.’”

Adds Samantha Barry, Head of Social Media and Senior Director of Strategy, CNN, “For CNN, social plays a big part in making sure we’re reaching our audiences where they are – on Facebook, in messaging apps, in Snapchat, on Twitter and more. Our long term aim with social distribution is to create a CNN news habit for every generation on every platform.”

Of course if there are winners, there must also be losers – with 96 respondents claiming Twitter will be less important to their 2017 social media strategy, and 23 citing Google+ as less of a priority.

Experience with data and analytics, followed by a deep understanding of social ecosystems are considered the most valuable skills for employees to have. Also ranking high on the list is strategy and expert knowledge of which platforms work for different content, and how to cater to algorithms. Third party analytics are increasingly in use, with 30% of respondents using external analytics platforms such as Buzzsumo, Newswhip, Chartbeat, Brandwatch, ComScore and Hootsuite.

Clickbait is Dead and Native is the New Black

Savvy audiences demand quality and there are plenty of places they can get it if your content does not provide it. The overarching theme that emerged in the report was that genuine content needs to align with and interests current events.

Enter native, with 91% of respondents saying it will be more important to their strategy in 2017. According to the report, “Native content allows social media users to enjoy content seamlessly delivered into their social feed, intending to blend articles and videos with the posts of friends and family.”

The challenges, however, include the high cost, proof of ROI, and creating quality content. “When a publisher puts content on a social platform, there is often a revenue option (for example, Facebook puts ads into Instant Articles published by news companies), but the publisher doesn’t have as much control over how that revenue is delivered, nor does the publisher have as much insight to the audience associated with it,” said Paul Caluori, Global Director of Digital Services, The Associated Press.

Distribution is the Lifeblood of Social

Over half (52%) of respondents said social distribution is “absolutely essential to their organizations,” rating it a 10 on a scale of 1 to 10 importance. The ranking was the same for the importance of social strategy in relation to effective social distribution. According to the report, “The biggest segment of survey respondents said Facebook drives between 20 to 40 percent of their monthly trafﬁc.” This is attributed to the fact the platform now has more mechanisms with which people can engage.

Organic is seen as a way of building trust, and successful paid campaigns depend on strong organic content: 58% said it’s essential to boost content with paid media, with 62% of organisations surveyed saying they invest in paid media. Interestingly, views are no longer the content strategy benchmarker and have been replaced by engagement and redistribution.

Changing Algorithms are a Concern

What is abundantly clear is that organisations are more focussed than ever on the challenge of constantly changing algorithms. The ability to bypass “changes to social algorithms, and knowing how to cross pollinate across different social platforms to achieve effective social distribution,” will be a priority for organisations in 2017. Also, ranking high on the to-do list will be a deeper study of audience analysis and behaviour, drilling into the science of what makes something viral, and also having the data required to “capitalise on social trends.” Monetising social distribution will remain an issue.

Over the next year, 92% respondents said video will become increasingly important to strategy, with 66% planning to significantly grow their video offerings. Leading the way is the social-only NowThis, which has seen distribution grow 10 times in the past year to 1 billion views per month.

What will your social media strategy look like in 2017?