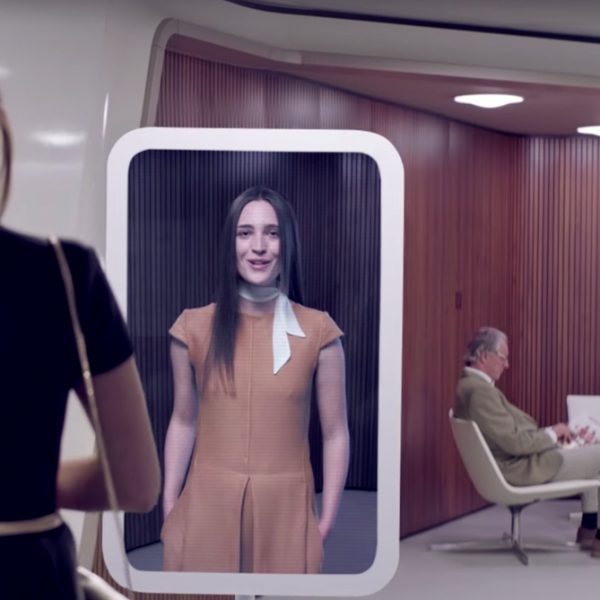 3 “boring” finance brands whose marketing is anything but

“Insurance”, “superannuation”, “financial blah blah blah…” You can actually see people’s eyes glazing over at the mere mention of finance-related topics. And while the average Australian is hardly excited about money messaging interrupting their TV show, their online reading or social feed, it is possible for finance brands to shake off the label of boring.

Adventurous marketing can take something seemingly boring – be it a financial product or a blender – and make it fun, interesting or moving. As a financial marketer, do you dream of a day when people voluntarily tune into your content because it makes them laugh? Can you imagine creating videos that provoke thought and social change, or even just elicit a warm fuzzy glow? Well here’s some inspiration to set you on the right track – three brands that went out on a limb to create campaigns that are still unforgettable to this day.

Allstate Insurance made a number of brave, interesting choices when they created their Mr Mayhem character in 2010. They hired a known actor, Dean Winters, who had appeared in various dramas, mostly as an edgy cop. They tapped into popular culture, developing a character that was modelled on Mr White from Reservoir Dogs, to represent all the random stuff that crops up in people’s lives and creates chaos. And for seven years, they created scenarios and hilarious (often quite violent) scripts that matched the calibre of the talent.

As Lisa Cochrane, senior VP-marketing at Allstate said in 2015. “Mayhem is there to change the conversation, to disrupt the commoditization of insurance, and to provide you with something to think about to make sure that you have the right coverage.”

Some of Mr Mayhem’s videos have had upwards of 500,000 YouTube views and the campaign has won multiple awards. The concept has been so well loved that the character continues his exploits today – see the Resolutions series from December 2017. The fact that it has lived so long is testament to the strength of the idea and the soundness of the strategy. The fact that Allstate’s compliance team didn’t shut it down before it even got out of the gate must be amazing to some Australian marketers.

UBank – All I Need

Another way to lift finance content out of the boring bucket is to follow UBank’s lead by emulating your audience’s favourite real estate reality show. A longer-form piece of content, their iteration allowed them to explore ideas in detail and build the audience’s connection with the characters, and in turn, their affiliation with the brand. Where UBank achieved the element of surprise is that they introduced a concept that seems counterproductive for a home lender: talking about how borrowing too much to buy a bigger house can often lead to more stress, not a better life.

That’s what All I Need is about. Hosted by Andrew Daddo, the program looks at two families who were stretched financially as they desperately chased the Australian Dream. Available online and airing as a one-off on Channel 7 Two and on Foxtel’s Lifestyle Channel, it allowed UBank to put the emotional and financial health of the customer at the centre of the discussion, rather than a loan product – a marketing master stroke.

It allowed UBank to put the emotional and financial health of the customer at the centre of the discussion, rather than a loan product – a marketing master stroke.

A further iteration of the idea in 2016 asked Australians to consider what they truly value in their lives. Working with Palliative Care Australia, the videos featured interviews with people with terminal illnesses. Unsurprisingly, controversy erupted after the video’s release, with people claiming Ubank was exploiting the terminally ill, but UBank stood by the campaign and its intention to provoke an important discussion around quality of life and material goods.

Moving from reality to drama, the Black Mirror-esque Beyond Money is an 18-minute sci-fi film aimed squarely at a millennial audience, telling the story of a girl who trades her most treasured experiences for money. It won the Cannes Entertainment Lion for advertising in 2017 and like UBank’s All I Need, explores questions that are top-of-mind for its audience: pursuit of life experiences versus pursuit of wealth. Part of a campaign to launch a new bank account, the video is a metaphor for the product, which offers experiences beyond money, including access to education programs, online training and grants.

Designed to capture a Spanish millennial audience whose trust of banks was at an all-time low, the film is credited with sparking the fastest sign-up rate in the bank’s history and with helping drop the bank’s negative sentiment rating by 24%. With red carpet premieres featuring the film’s star Adriana Ugarte (a favourite of director Pedro Almodovar), Beyond Money achieved 7.3 million views across cinema, TV, VOD, web and bank branch screenings.