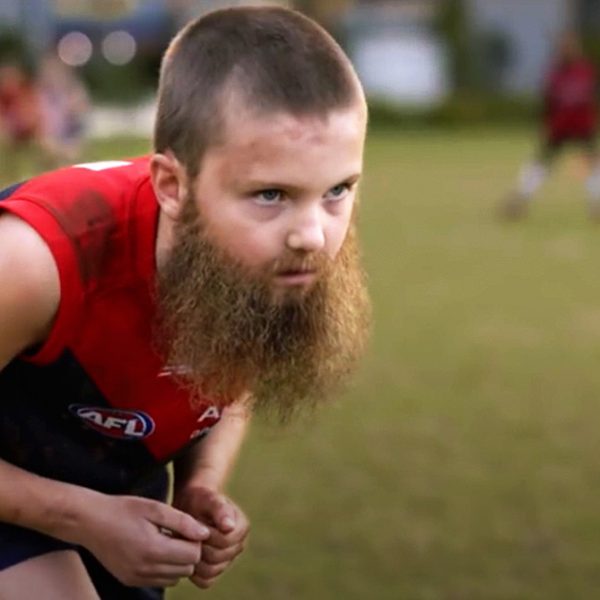 //
How to silence the naysayers

If you’re a content marketer in the finance sector, Glenn Mitchell, is about to give you a shoulder to cry on. He understands what it’s like to be at an executive meeting and see a tumbleweed roll past after you’ve passionately presented your case.

I’ve begged companies to develop for mobile first, optimise, harness the power of social media, and develop apps; and like a lost echo, the words would return to me years later, but it would be the voice of a CEO excitedly telling me, “We’ve got to get onto this SEO thing”. That’s when, deep inside, you let out a silent scream.

Here we are again. But this time it’s even more important because content is finally king –for real this time. Businesses are realising there’s nothing to share, optimise, or create notifications for if you don’t have content. And what about affiliate deals, virality and link baiting? The list of opportunities is long for brands that not only publish but promote their content efficiently, regularly and in a timely fashion.

Lift your chin because we’re about to give you a few grenades to throw during your next presentation. Being in the finance sector, you face the toughest challenge because not only do you carry inherited stigmas; you’re also working with dry subject matter in a risk averse industry. As with all content marketing strategies, your challenge is to care rather than act like you care.

If you want to see fury, talk to someone who’s transferred a large amount of money directly from a major bank to a foreign account. Transferwise’s elimination of foreign exchange fee gouging (I can’t think of a more subtle word) instantly makes it the good guy.

Nurturing the brand perception of consumer care is paramount for this startup. Punters see Transferwise as not only being a profitable alternative, but also a passionate campaigner just as furious about indicative foreign exchange rates as their customers are. They even started a petition.

Add useful travel guides, and Transferwise diligently builds its reputation as the hero of foreign exchange. Clever startups are beginning to pick away at the banks’ revenue streams, and we all know a startup’s agility makes it dangerous competition for the lumbering giants.

BT Financial’s #digitaldisruption and GetMoving campaign is designed and delivered by The Dubs. It starts with an assumption that large brands often ignore: hardly anyone cares. Most of us are now skimming and skipping content due to the sheer volume of it.

By using dynamic content to attract eyeballs, GetMoving proves BT not only cares about its customers but is committed to saving them from the pitfalls of a common financial trap: short-term gain versus long-term profit.

The stars of the campaign are respected overachievers within Generation Y, luring a target market to captivating video content. It’s personally inspiring but manages to communicate an alternative motive: it’s not only you that can make a change and succeed; your money can be more creative.

The results of this campaign prove you can appeal to Millennials: the highest results for the business since tracking began in 2012; the highest performing sponsored post ever for LinkedIn Australia; and 0.45% CTR across 18 to 34 year-olds on Yahoo (the average is 0.10%).

[Full disclosure – BT Financial is a client of The Dubs]

With it’s subtle branding, wealth of content and…well…openness, Open Forum absolutely nails the one thing finance companies can leverage in terms of content marketing: financial advice. If you weren’t searching for the alternative motive, you’d forget a major finance company is behind it.

For some this may seem too subtle, but remember this is an external site and therefore the parent company still owns the data, can prompt users to opt in for alerts and herd the audience in the general direction of its card products. Adding to the sheer brilliance of Open Forum is that it lives up to its name: it’s also a crowd sourcing exercise, presented in a format as slick as any glossy magazine-style site.

Again, the key is not to appear as though you’re focussed on your clients’ finances. The aim is to convince them this is a selfless exercise. Brand perception is bolstered via a site with such a subtle approach to content marketing that it could almost be called covert, if it wasn’t so bloody helpful.

You have to be a cynical bastard like me to be wary of advice from an insurer that strives to reduce insurance claims but, trust me; this view isn’t evident when you hit the site. Intermingled with information that explains types of insurance, you can find top tips for an industry that seems perpetually attacked by nature, banks and fluctuating market prices.

While there are no dates on their articles, the sheer volume of content suggests a well-oiled machine is at work (a content harvester perhaps?) and the generic articles are prime link bait that suck referrals like an online vacuum cleaner.

Looking to winterise your boat? How about guarding against lightning strikes or preparing for El Nino? In such a competitive market, this Farmers Inner Circle (perfect name) is so convincingly selfless that even I believe Farmers Insurance doesn’t want to process any claims.

They even offer reduced premiums for people who use the advice delivered by their handy blogs. Are these people crazy? No, they’re savvy content marketers.

Love it or hate it, the AFL continues to grow, and via involvement in the junior ranks of Aussie Rules, a major bank’s brand perception has been boosted so successfully that it’s—the word is almost stuck in my throat—likeable.

The increasingly popular Auskick program is synonymous with NAB and produces waves of promotion and content. Try to find a video, article or TV ad promoting junior football without seeing the NAB logo.

I can’t think of a more successful relationship between a brand that is endemically challenged by negative perception and a beneficiary whose members commonly resemble religious zealots. Convincing a market with that level of passion that you care about their sport is difficult to put a price on, although I’m sure there are business analysts at NAB who can do just that.

The AFL and NAB sites publish hundreds of pages of content with the NAB brand, but most importantly few of the 200,000 kids participating in Auskick will forget the distinctive logo emblazoned on every ball they kick, mark or handpass. In my opinion, NAB’s growing sponsorship of AFL is one of the great coups in Australian advertising and content marketing.

These content marketing success stories teach us that the audience is savvy, cynical and has the attention span of a distracted goldfish, so your content bluffs will be obvious. Any failed attempts will lead to negative brand perception.

But while the ostriches of the marketing world ask ‘can we afford content marketing’ I can only counter with the unequivocal rebuttal: you can’t afford NOT to have a content strategy.

What exactly are you going to use to lure an audience? How will Google ever deem your site worthy? What can you optimise besides tags in code or headers on static pages, and what will your audience share? It’s not a question of when (hint: now); it’s a question of how, and the above examples are fine illustrations.

Strategy
How to build loyalty through the customer lifecycle model