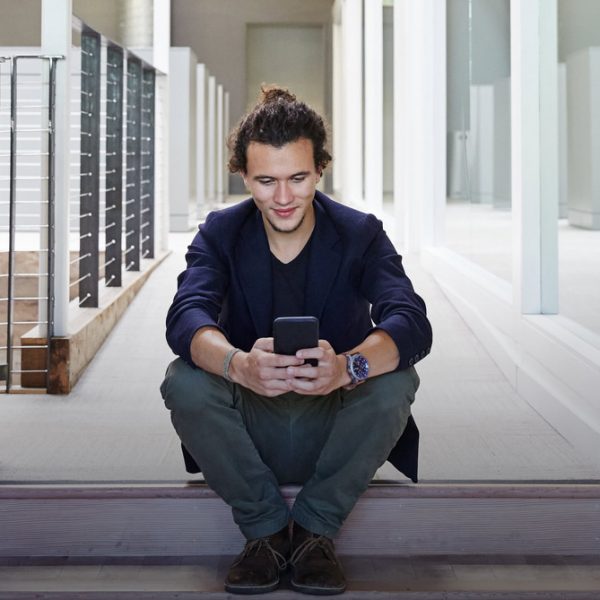 No, it’s not a new hipster snack: Acorns and Cheddar are finance products changing the way Millennials invest.

It’s the duty of every generation to arbitrarily sling mud at its younger counterparts. Boomers had beef with Gen Xers rebelling against their Industrial Revolution-style management tactics. The Boomers and Gen X then ganged up on Gen Y, labelling the entire generation a bunch of narcissistic freeloaders. A bit rich coming from Gen X, famously dubbed the slacker generation, and generally described as possessing an arrogant indifference to, well, everything.

The truth is, while the Boomers have their investments, property and super all sorted, X has been wasting time bitching about Y, while the younger generation have been busy mastering tech, cross-pollinating ideas by expanding communication channels, and quietly working on creating their own economy.

Communication has been the key. Knowledge sharing is generally the reason why wars are won and borders change, both in the literal sense and as an analogy for everything from health care to big business. Muskets beat spears and, right now, if the Millennials invaded the X-Generation, they’d be the Conquistadores and Xers would be the Aztecs.

The most profound impact is the disruption to the financial services sector and a trend toward investment in markets that are relevant to the generation. While everyone has been moaning about big banks and watching a beige-clad analyst rattling on about crude oil prices during a bland finance report, Millennials have been quietly revolting. I don’t mean silently sipping a latte while adjusting a topknot; I mean being the architects of positive change that will help us all.

Micro investment service, Acorns, didn’t take long to become the world’s fastest growing finance app and started accumulating big-name investors in April, including PayPal. Like most good ideas it’s simple: if a product costs $3.99, Acorns will round up the transaction and deposit the additional cent into your account. Your rapidly accumulating loose change is invested in a portfolio of exchange-traded funds.

It’s easy to assume the Y-Generation’s love of Acorns is due to their inability to put few bucks aside for a rainy day, but Acorns Australia CEO George Lucas insists it isn’t a generational issue. “Most adults struggle to save. Saving takes discipline and like all things that take discipline it can be hard.”

Personally, the YOLO factor has always been the reason most of my peers have little to show for decades of hard work besides a mortgage on overpriced real estate. And it’s this very premise that Acorns uses as an advantage – rather than a hurdle – by tapping into personal expenditure. George points out that saving has traditionally required “getting over the fear that saving now will affect your lifestyle now”.

Acorns concentrates on saving small amounts regularly. “These add up very quickly,” George says. “And it doesn’t really affect your lifestyle. By linking savings to spending via round-ups it also eliminates the need to work out how much you need to save on a regular basis. The savings just happen in the background.”

As opposed to BHP Milton, Snapchat is a business Millennials understand and, with savings from an Acorns account, it might be a savvy investment

There’s no surprise the younger generation’s early take-up of technology is a factor. Being first in, they’re the first served. “Yes,” George agrees. “Timing, as there has been nothing that simplified that has made investing so accessible to all. For as little as $5 you can be fully invested in the market, save regularly in a disciplined manner and improve your financial literacy – so no wonder it is appealing.”

Live technology show Cheddar.com recently teamed up with Acorns, suggesting the subscription service sees itself as part of the same financial timeline for Y-Gens. When a Cheddar subscription is purchased using a credit card connected to an Acorns account, 50% of the subscription charge goes back into that account. That’s a sizeable commitment, but Cheddar’s target audience is Millennials and roughly 75% of Acorns members fit that profile.

Cheddar was created by Jon Steinberg, former president of BuzzFeed and CEO of Daily Mail US. Hosted by Steinberg and Kristen Scholer, the service beams live to subscribers directly from the floor of the New York Stock Exchange. While the focus is on technology, the finance angle is hardly covert. Few businesses are grilled by the Cheddar panel without exploring target markets, analytics, revenue models and forecasts.

With a recent $10 million boost from investors, Cheddar is expanding its offering and claiming to be ‘the leading outlet for technology, media, startup, and culture news’. “We’ll use this capital to become a fully-fledged live, linear cable network—except not on cable, but rather leading social and OTT services,” Steinberg said at the time of the announcement.

Topics make Cheddar’s target audience obvious. Rather than focusing on major car manufacturers, it’s more likely Cheddar will be excited about Tesla’s recent quarterly profit; a day seldom goes by without covering the battle between social media platforms; and smaller, innovative businesses get coverage they may never enjoy on traditional TV networks.

The other obvious indicator of the show’s key demographic is the attitude. At times confrontational, cynical and verging on arrogant, Cheddar is magnetic due its dynamism and pace. If you’re planning to head into the Cheddar studio as an interviewee, you’d better learn to answer questions succinctly and quickly.

In October, as part of Cheddar’s exclusive content for members, they highlighted the growth of Snapchat, which could be valued at $40 Billion after its initial public offering. As opposed to BHP Milton or Berkshire Hathaway, Snapchat is a business Millennials understand and, with savings from an Acorns account, it might be a savvy investment, informed by the probing journalism of Cheddar.

And that seems to be the point. Did we ever really know about the contributing factors behind fluctuations in crude oil prices? But social media, alternatives to fossil fuel, self-driving cars, entertainment subscription revenue – these are things the tech-savvy can get excited about and therefore rapidly absorb and retain the information.

Technology’s impacts, particularly social and psychological, are often the focus of negative press aimed at teens and young adults, but few highlight the fact that the generation is overcoming barriers their parents assumed were insurmountable. By using tools such as Acorns and Cheddar, it may become the most informed and active generation to date. Think twice before you laugh at that kid with the immaculately groomed beard and clashing outfit, sipping craft beer from a jar; he may soon be your boss.