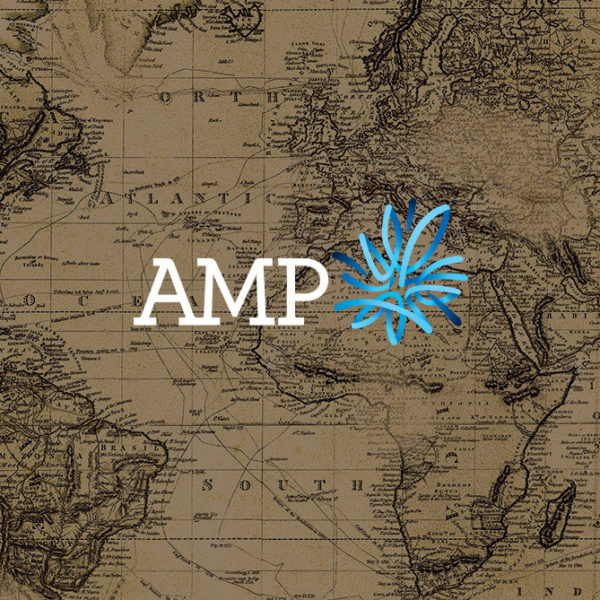 Stuart Barton has helped several companies weather GFC-related storms over the last decade. A former GM Corporate, Public Affairs, Communications, Financial Marketing and Investor Relations at Challenger Limited, and now leading his own business, he’s well versed in corporate clean-ups. Here he turns his attention to AMP and the steps it needs to take to rebuild its reputation in light of the recent PR disaster.

The once-revered AMP brand has been “irredeemably damaged in the minds of customers and the general public,” says Stuart Barton. Ironically, he says, although AMP wasn’t the worst offender in terms of phantom fees, its reputation had the farthest height from which to fall, further compounded by misleading ASIC.

In Barton’s view, AMP’s ‘investor brand’ has been similarly damaged, with the trashing of its share price, the first strike against its remuneration report, and shareholder agitation via the media telling that story loud and clear.

With a vacuum at the top, funds under management in outflow, financial planners defecting and five shareholder class actions pending, the AMP investor brand currently stands for “unquantified risk,” he says, which makes them toxic to most investors.

In terms of employee brand, he believes AMP employees will be devastated, for the time being, reluctant to admit that they work for the company, as happened with CBA.

“Employee attrition will accelerate, and it’ll become harder to recruit the best people,” Barton says. “Shareholders will demand that top performers are locked in, so ironically this could be a financial career opportunity for some opportunistic senior executives if they’re prepared to bide their time.”

Barton agrees that action needs to be taken immediately. “But the focus of those efforts must be well-considered,” he says. “The executive in charge of reputation management must be across the business and its issues in a depth rivalling the CEO’s in order to effectively advise on public relations strategy in a crisis like this.”

Barton says the first priority is ensuring clear, open lines of communication with the media, from which early warning of further bad press may be garnered and possibly, ameliorated if there’s another side to a story that AMP should tell.

“Some clear air to get on with the job would be greatly appreciated by Chairman and CEO,” he says. “Until their trust is gained, it would be foolish to suggest going out on a limb with more proactive communications, because all they’ll see is a downside.”

The first priority is ensuring clear, open lines of communication with the media, from which early warning of further bad press may be garnered and possibly, ameliorated if there’s another side to a story that AMP should tell.

What Barton would do

If Barton found himself in the hot seat working under executive chairman Mike Wilkins, he says he’d be assuring him that the “highly regarded, straight-shooting David Murray was a great choice that needs to be followed up with a cleanskin CEO from outside AMP” – namely someone who hasn’t recently worked at CBA, who is respected by ASIC and APRA, and hasn’t led firms tainted by scandals or enforceable undertakings.

According to Barton, “there’s no question that he/she will ‘sweep the decks’ or ‘take out the trash’ in terms of turning over remaining rocks and sheeting home blame to individuals or systems. But that’s just the first step on a long road to reputational recovery.”

Barton says that the CEO will have to find at least one other senior executive head to roll because it’s possible that Craig Meller really didn’t have a clue about the charging for no-service. “This question will hang in the air, if not resolved,” he says.

“I’d advise against any more legalistic contesting of rats and mice stuff like how many times ASIC was lied to, or the exact number of occasions AMP charged customers when no service was provided.

“When this kind of thing makes the public domain it’s apparent that the show is being driven by lawyers and is not being sufficiently influenced by the corporate affairs chief, who should know that public denial of any kind at this point just digs a deeper hole. It’s not going to win brownie points with Hayne and foments public outrage.”

“AMP’s mea culpa must be absolute and resolute until the smoke clears,” Barton says.

Beyond that, he thinks it’s too early to say what AMP should do in a PR sense, beyond ensuring that the public is aware of the depth of its contrition and its avowal to get back on track.

“Realistically, with five class actions in the wings and the possibility of criminal proceedings for misleading ASIC, there’s no way a new Chairman and CEO will become proactive and divulge any more information about the firm’s shortcomings and their plans for remediation than is necessary,” he says.

Talking about the brand’s recovery, Barton doesn’t believe AMP can regain its previous status in the minds of the most coveted Australian savers and investors, being the Baby Boomers and early Gen X-ers.

“This scandal will live forever on the web,” he says. “With public distrust in all financial institutions as bad as it’s ever been, there’ll be few potential clients in this cohort who’ll hand over their hard-earned savings without having done some digging.”

But there is hope for AMP to regain a pre-eminent brand position in the medium term among younger consumers, he says. “In 10 to 15 years, people outside AMP’s current core market will forget and a younger generation of blissfully unaware customers will come through.”

Strategy
AMP and the royal commission: anatomy of a PR disaster