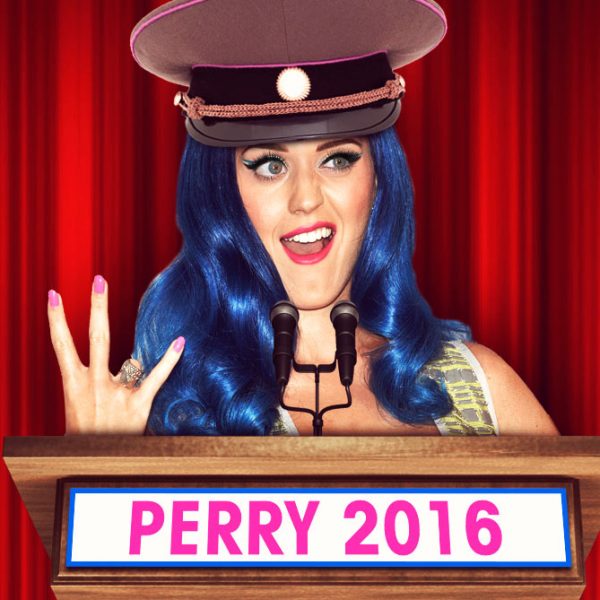 ARMAGEDDON IN 140 CHARACTERS OR LESS

It’s the year 2016. Twitter’s sphere of influence has grown so rapidly that voters have turned their backs on elected governments, preferring to hand global power to the Twitter elite — intelligent, wise souls you would trust with the future of our planet.

As El Presidente, Katy Perry (71 million followers) is a surprisingly typical leader, providing a constant stream of self-promotion and optimism. Unwilling to marginalise her audience, she is absolutely committed to having no opinion at all.

Justin Bieber (64 million followers) insists the government has a ‘gangsta flava’ with the majority of male politicians kicking back, shirtless and admiring each other’s ink. On the bright side, in a world where baseball caps are always worn backwards, necks are seldom sunburnt.

While Katy handles the critical portfolios of Emoticons and ‘FASHUN’, and Bieber leads the Ministry of Tattoos and Body Oils, it’s likely that Barack Obama (60 million followers) will be lumbered with the more trivial responsibilities such as the economy and health.

Lady Gaga looks after justice (important stuff like defending Beck), Taylor Swift is responsible for the environment (she’s a whale watcher) and Cristiano Ronaldo, who appears to have never posted anything except a retweet, is occasionally wheeled out like an ailing pope to prove that he actually exists.

One of the most dramatic effects of Twitter’s global power is cultural. The only vowel to survive is the letter ‘u’. Spaces between words are eliminated to help create an increasing amount of hashtags, most citizens striving to achieve the new holy grail of language: the 140-character hashtag consisting only of abbreviations and acronyms.

The Twitter World Order has its advantages. People have asked the obvious question: does any form of communication require more than 140 characters? No one is ever lectured again, longwinded wedding vows are outlawed and court cases last ten minutes. Songs consist of one verse, novels are published as 3,000 tweets and poetry disappears (no one notices).

The friction between nations has been forgotten. Even the Middle East is of little interest when feuds exist between world leaders like Nicki Minaj and Lil’ Kim, Alec Baldwin and Shia LaBeouf, and Charlie Sheen and Rihanna. Dictatorships and communist states are no longer considered a threat when compared to Azealia Banks.

In the year 2018, Azaelia is put in charge of defence. Twitter invades every country within 24 hours. After convincing a distracted Katy Perry (OMG! FASHUN!) to hand over the security codes, Azaelia launches every missile.

Ironically, the human species is survived by Kanye West and Beck.

Social media
Are finance brands too reliant on Twitter?