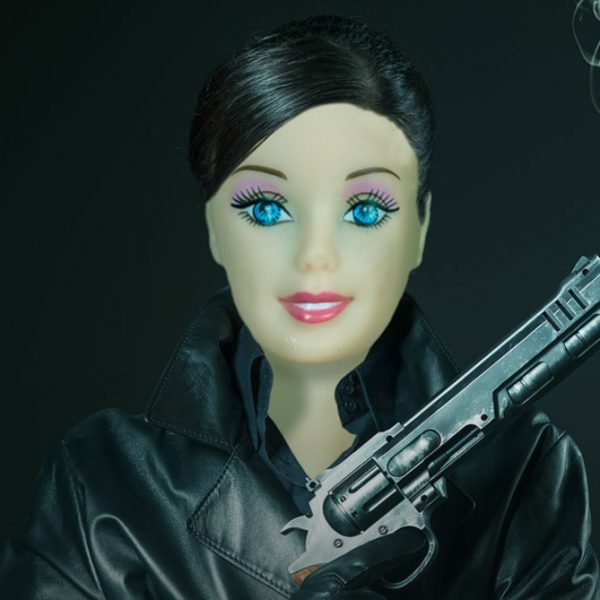 She’s a venom-spitting MC who attacks lofty celebrities with vitriolic criticisms that flame ongoing feuds and send her tweets viral. Coincidentally, of course, Azealia Banks appears to do so at strategically important times in her music career.

Nicki Minaj, Miley Cyrus and Taylor Swift are on Banks’ shit list and are there to stay, as long as they continue to be useful. Last week she called her rivals ‘basic’. Just in case anyone thought there might be a chance she’d retract the statement, Azealia punched her caps lock and got busy with stubborn reiteration.

The Twittersphere lit up like a flare and Azealia Banks trended. Most responses were furious and abusive. Represented as a word cloud, ‘bitch’, hoe’ and ‘talentless’ would have dominated. She’d fired a shot, using her modest following of half a million devotees, to reach the pop demographic. As usual, she hit the bullseye.

It doesn’t matter if they hated her, or tried (unbelievably) to deny her existence; hateful pop fans were watching Banks’ videos, listening to her tracks, scanning bios, reading news articles and checking her chart rankings. Their first reaction was to defend the honour of their preferred narcissist, and to do that they had to know their enemy.

This is Azealia’s genius at work. Before appalled readers claim I’m giving her too much credit, let’s remember that Banks has form online. It seems like she’s been popular for ages, but she gained prominence in 2012 and released her debut album only last year.

Her fame is the result of a savvy use of platforms that her victims, along with their record labels, would view as self-sabotage. For instance, she uploaded her iconic first single – 212 – on Soundcloud, before releasing the track through traditional channels. It still managed to reach #12 in the UK singles charts and the video will soon have 100 million views on YouTube. The NSFW lyrics were no accident either. She was already busy establishing a love/hate relationship with consumers.

She’ll experiment with her audience via multiple channels, almost A/B testing her songs and making cutthroat decisions based on audience reaction – like completely pulling a lauded collaboration with Pharrel from her album’s track listing.

Social media, podcasts and YouTube are her playthings. While hardly original, this follows a more open-minded and contemporary approach to media channels that have been embraced, with great success, by celebrated producer Diplo and his extensive team of stablemates and collaborators.

Her products seem to be malleable development projects. This suggests artistic control and shrewdness, which is not the perception of the audience she manipulates so exceptionally. They just think she’s a pyscho bitch. But every time she marginalises that audience it’s impossible to believe she doesn’t capture part of it.

This is not an artist of the same ilk as her lofty enemies – in fact, it’s doubtful she’ll ever succeed in shifting the same amount of units as that unholy trinity of brats – but Banks doesn’t live in that world.

Once you get over the age when you’re jumping on your bed, singing into a hairbrush, you need a loaded gun pointed at your head before you’d ever purposely listen to Cyrus; Minaj becomes hip-pop; Swift is musically invisible and the VMAs just sounds like an STD.

While Banks may be the only one worth listening to, she challenges even her most devoted fans to love her. She is the unlikeable protagonist. Her videos are seldom approachable and often quite terrifying; she flirts with commerciality (usually failing); she presents a mean-spirited brand to Millennials.

If you accept that her flaming and trolling shifts her units, doesn’t it also boost the sales of her rivals?

Perhaps the only reason she dips her toes into the tepid waters of the mainstream is to make a ripple. Regardless of her motives, her attacks on Twitter are a brilliant combination of con artist and troll. She’s purposefully presenting a villainous character to the masses, just to make sure her brand is on the tip of a million tongues. It may not be nice, but it’s effective.

Now, let’s take a look at a disturbing conspiracy theory. If you accept that her flaming and trolling shifts her units, doesn’t it also boost the sales of her rivals? While every teenager with a smartphone is tweeting so fast that their thumbs are blistering, aren’t all four ‘artists’ involved in the feud enjoying increased profits?

Perhaps this is an unthinkable alliance that secretly high-fives every time Banks lights another flame. It’s like a cross between Barbie and The Matrix. We’re all being manipulated, and we’re paying for this honour in time, energy, emotion or cold hard cash.

Last week’s activity is ancient history to Azealia of course. She’s now asking for reparations from the U.S. Government for slavery while feeding the flames of part-time feuds with the British Government and Donald Trump.

Don’t worry; as long as you’ve got less than a million followers you’re probably safe. That is until she – God forbid – follows her ambition to enter politics. That will be the signal for me to stock up on canned goods and dig a bomb shelter.

Glenn Mitchell
G-Funk was raised on the Gold Coast where he probably should have stayed, surfing, drinking beer and romancing tanned women. His career began when he appeared in a TV ad with Richard Wilkins. He then worked in music TV, appearing on ABC's Recovery as 'the guy in the tape room'. He has since written shows for the ABC, Foxtel and SBS, and now writes screenplays, fiction and blogs while working as a digital consultant.
You might also like
Social media
Should your finance brand be on Twitter?

Social media
Are finance brands too reliant on Twitter?