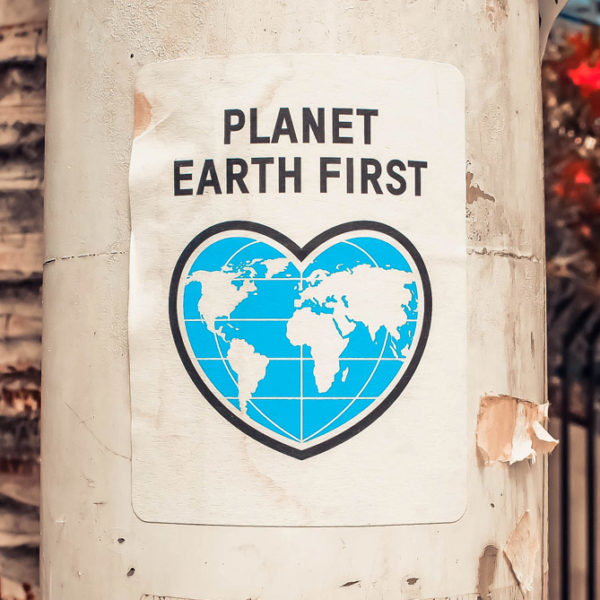 Doing social good has become a competitive differentiator in business. According to Edelman’s 2018 Earned Brand Study, 64% of consumers choose, switch, avoid or boycott a brand based on its position on the issues they care about. Customers expect brands to stand for something, to do the right thing, to help solve societal and political problems.

So, how do you formalise the good you’re doing, and protect and improve your mission over time? The best-known models are benefit corporations (recognised in the US by 35 states) and B Corps, a model being adopted around the globe. Both types are instrumental in a movement to use business as a force for good.

64% of consumers choose, switch, avoid or boycott a brand based on its position on the issues they care about.

B, Benefit, what’s the difference?

A benefit corporation is a legal incorporating structure similar to a C-Corp, partnership or LLC. Benefit corporations must consider the impact of their business decisions on the general public – not just shareholders, while creating a material positive impact on society and the environment.

While B Corps have some features in common with benefit corporations, they also require businesses to go through a rigorous certification process overseen by B Lab, a non-profit founded in 2006. This auditing process challenges companies to reach at least 80 points out of 200 across a number of areas – from how the business benefits the community to how it caters to customers and looks after workers, what it does positively for the environment and how it handles governance. Companies must be recertified every three years.

Worldwide there are now more than 2500 B Corps in more than 50 countries. In the UK, the first 62 B Corps were certified in September 2015. Australia is now the fastest-growing country per capita for B Corps, with 235 certified companies including Beyond Bank Australia, whose CEO Robert Keogh heard about B Corp on a trip to Boulder, Colorado.

Beyond Bank’s B Corp mission

“Our CEO was the key driver behind making it all happen,” says Shane Farley, National Community Development Manager for Beyond Bank. “The general feeling within the bank was that as a customer-owned bank we’d been acting like a B Corp for the best part of 60 years, and it was nice to finally find other like-minded businesses that think and act like we do.”

It took nearly 18 months for Beyond to achieve certification. The process involves not just answering questions but going through an audit with standards assessors and providing piles of supporting evidence. For their second audit three years later, auditors visited Beyond Bank onsite, going through responses to questions and randomly selecting bank staff to come and meet them so they could check the veracity of the responses.

“It’s a rigorous process; I don’t think it’s meant to be easy or otherwise everyone would be a B Corp,” Farley says.

Why join the B Corps?

When Beyond was canvassing the globe for ways to formalise and strengthen their social mission they discovered a variety of memberships related to the world of banking including the Global Alliance for Banking on Values. “They’re great,” says Farley, “and along the way we’ll consider those as well, but for us, we wanted to be part of a movement that was representative of the entire community, not just the world of banking that we live in.”

In 2018 Farley and other members of his team went on an international study tour to meet with senior leaders from B Corps around the United States – from Patagonia and Ben & Jerry’s to Danone. “It was just a brilliant opportunity to learn from them,” Farley says. “They’re all inspirational… and that’s the great thing about the community – everyone freely shares that information with each other because they’re trying to lift the bar higher together.”

The stand-out message from the tour was the power of establishing a really clear purpose as an organisation. “That’s not only good for consumers that you’re looking to market a product or service to, but it’s really good internally for staff as an engagement tool, an attraction tool or a retention tool,” Farley says.

The real benefits of being a B Corp

Farley says that having B Corp status stamped on your letterhead is proof that your business meets the highest of standards across the assessment pillars.

Consumer trust is a strong benefit, for all types of businesses but especially in banking. “We hope that as the understanding of what the B Corp movement is grows, consumers and people across the globe view that certification as a symbol of trust. They can absolutely be assured that the company they’re dealing with is one that can be trusted to do the right thing by them and their communities.”

Strategy
Should asset managers take a stance on climate change?

Strategy
Whirlpool forums: should finance brands have a presence?

Strategy
Finance marketer's guide to digital marketing in South East Asia
NEWSLETTER
Get on the list
Subscribe to receive the latest content marketing news and insights straight to your inbox.