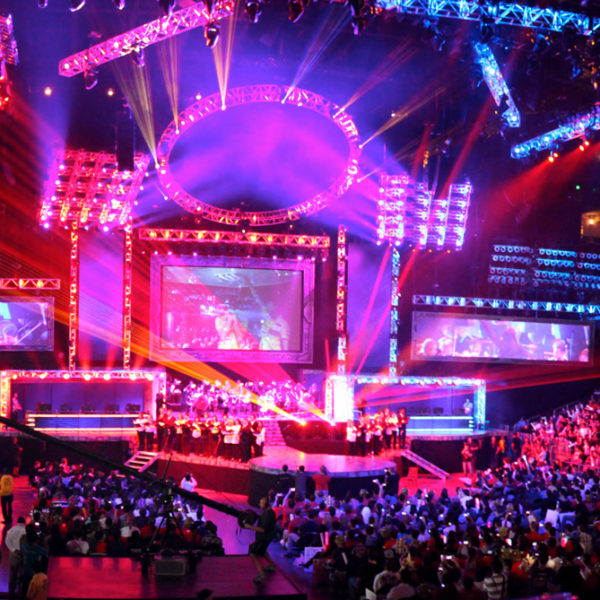 Bigger than the Super Bowl: esports outplays the mainstream

//
In its own league

November 2018 was a big month for esports brand Order. Closing their crowdfunding campaign with more than $360,000 raised – 361% of their minimum target – esports brand Order also welcomed new CEO Chris Derrick, a sports and media specialist with extensive experience commercialising entertainment. We spoke with Chris about the potential he sees for Order and the mainstream appeal of esports for all types of brands.

What excites you about this new role, now that you’re three months in?

The thing that’s attractive about esports from a media/entertainment commercial perspective is how rapidly it’s growing and particularly the demographic of the audience within it – a young millennial audience who advertisers are very actively trying to reach.

What does the success of Order’s crowdfunding initiative say about the state of esports?

The proposition around the crowdfund was to offer the community a way to invest in the club, as has happened in some traditional sports, and what we’re seeing with so many people investing is there’s an appetite to do that. People are genuinely interested and passionate about esports.

The original investors [pre crowd fund] are all fans of gaming, so it’s true to say that we are now fan owned. What that means is we’ve got a community of people inside and outside of the organisation who are passionately invested in Order and the esports industry more broadly.

Is esports finally becoming part of the mainstream? What are the indicators?

Yes definitely. There are three different ways that I’d look at it. The first is if you look at the range of investors in esports – not just here in Australia but globally, it’s a mix of traditional sports and media companies, sporting stars and other personalities getting involved, who are coming from more mainstream markets.

As well, there are non-endemic brands actively getting involved, so we’ve seen a lot of auto companies and finance companies; Shell Oil has just taken a sponsorship in the European League of Legends.

More anecdotally, when I go to a weekend barbecue and people say, ‘what do you do?’, and I say I run an esports team, most people have heard of it in some way, shape or form.

What’s the thing that surprises people most about esports?

The one thing that really makes everyone open up their eyes and understand this is something they need to be looking at, is the actual size and scale of the audience.

The League of Legends world championship last November had 200 million people watching concurrently, which is bigger than the Superbowl by quite a way. People don’t realise how big it is until they see that.

The League of Legends world championship last November had 200 million people watching concurrently, which is bigger than the Superbowl by quite a way.

Is there still a stigma around gaming/esports?

Broadly people have heard of it, but they don’t necessarily know what it is, so it’s an education piece on exactly what it is and why and how you would get involved, and that takes a lot of time.

Some brands have an issue with the brand-safety aspect, particularly with first-person shooter games, and one of the points I make when I’m having that conversation is: look at the audience themselves. They’re actively engaged with these titles, they’re fans of them, they’re watching the broadcast of it, they don’t have an issue with the brand safety aspect of it. Some brands take that same approach and understand that if it’s not a problem for the audience, why is it a problem for the brand?

Other brands feel it would have an impact across some of their other activities and they choose not to go there; there’s no right or wrong answer, each brand manager and business needs to look at that on its own merits.

What can brands, including financial brands, gain from partnerships and sponsorships in esports?

We have a young millennial audience who generally speaking have a higher disposable income, they don’t consume much traditional media, they’re not watching free-to-air TV, they’re not buying or reading print or other online news, they have very high usage of ad blockers. For finance companies and a lot of those traditional brands we now see getting involved, sponsorship can help with top-of-the-funnel activities such as brand awareness and consideration, through to more traditional digital activities of acquisition and retention that can all be measured with a KPI to prove the ROI.

What kinds of sponsorship packages are you building?

The fans are quite savvy so it needs to be done in a way that’s really adding value.

Across the different games we compete in we have different teams who appear in the broadcast of those esports games. We’re offering jersey sponsorships, and other signage-related packages just the same as a traditional sport, right through to content creation, promotion, distribution, amplification and engagement across both our owned and operated digital networks.

There are other innovative ways to reach the audience, across platforms like Twitch, where you can give special offers and promotions within chat in a way that you couldn’t necessarily do during the broadcast of a traditional sports or entertainment property on commercial TV.

While the partnership certainly needs to be approached in a way that’s appropriate for finance brands, the unique opportunities around esports are substantial.

Strategy
How content syndication can extend your finance brand’s reach

Strategy
What Spotify and your spit have in common
NEWSLETTER
Get on the list
Subscribe to receive the latest content marketing news and insights straight to your inbox.