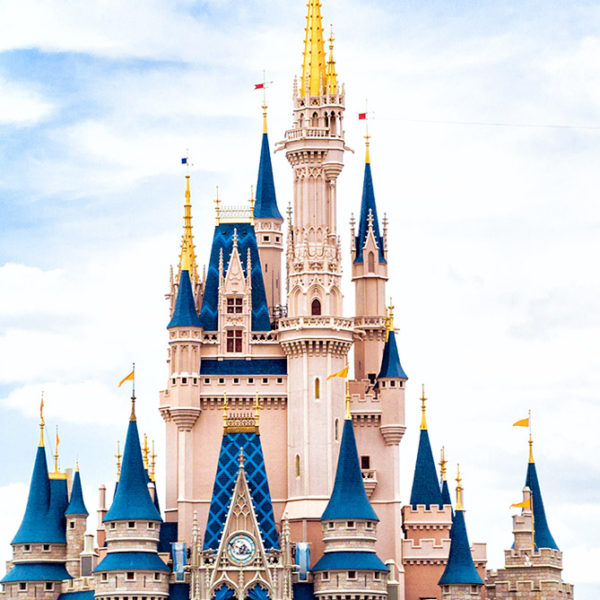 Jon Lombardo and Peter Weinberg are NYC-based global brand strategy leads at LinkedIn, known for their advocacy of blockbuster marketing. This is part one of our interview with this marketing dream team, who talk frankly about why financial marketing is broken and how their Hollywood franchise approach aims to fix that.

Ironically everyone’s looking at newspapers and trying to replicate the newspaper model but the people who are really making a killing in the entertainment and publishing space are not newspapers, they’re Hollywood studios or companies like Disney. So, that kinda tells you where to dig.

Where do you think financial brands (retail or institutional) commonly fall down in your experience?

First… people are scared to make big bets – there’s a misconception that making these small little bets in a million different places will somehow be safer than making big bets and it’s the opposite. What happens is the little things never rise above the noise and never break through.

Our industry is obsessed with creative fatigue; we fetishise new things, so the idea of doing the same thing every single year is like heresy to most marketers. People generally get paid to produce new stuff, or to make a splash by introducing new stuff; there’s no incentive for continuity, and for accessibility. There’s so much channel fragmentation – everyone thinks they need to design completely bespoke things for every little channel.

There’s also the idea of personalisation, which is trying to micro-target specific people with tiny micro pieces of content, and theoretically that’s supposed to deliver higher relevance. What happens is it delivers lower relevance because the data that feeds it in the first place wasn’t that good. It’s much easier to try to be broadly relevant to a huge number of people than micro relevant to a specific individual.

So basically a lot of trends in the industry are incentivising people not to do blockbuster, whether it’s real-time marketing or personalisation or hyper targeting. Everyone is telling people to do the opposite.

But isn’t the Hollywood model difficult too? Aren’t there lots of flops?

PW: I think there’s a misunderstanding of where the risk lies with this content. Even when you talk about Hollywood, a lot of people say, ok – but what about the movie John Carter, which was an enormous flop for Disney. Then they start to focus on the flops and they say: they make these big bets, sometimes they work sometimes they don’t. It’s not necessarily a model that works.

But honestly, you just need to look at the data and what you’ll see is that Hollywood ran essentially an AB test 10 years ago, where some executives decided to bet huge on a very few number of assets, and other people – because they had no idea what was gonna work, decided to diversify and make a lot of small bets on a lot of things. And what happened is, the blockbuster model – making huge bets, just absolutely crushed the other model to the extent it almost doesn’t exist any more. That’s why you keep seeing the same movies made every single year, which people bemoan but that’s what’s proven to be profitable.

There are flops, but the hits end up making up so much money that the flops essentially don’t matter.

What’s really risky is not making big bets; making small bets is essentially guaranteeing failure. And marketers need to start to understand that.

What’s really risky is not making big bets; making small bets is essentially guaranteeing failure. And marketers need to start to understand that.

Yes, maybe it’s less of an upfront commitment to be writing a lot of little articles all the time and running a brand newsroom, but when you realise that essentially none of that stuff is ever going to break through, it’s a far, far riskier model.

JL: Marketing has been a huge flop, it continues to be a flop because I would argue, whatever the strategy marketing uses today, if you basically choose the opposite strategy you’d be right. And that’s the truth about marketing.

PW: Something is fundamentally broken; all you need to do is look at what everyone is doing to get these suboptimal results, and to Jon’s point, figure out, ok, what could you do which is essentially the opposite of this, or extremely different and that leads you to blockbusters essentially or lots of different strategies that just take the opposite side of the consensus of opinion in marketing.

JL: Franchises are important but you have to pair them with great distribution. Too many people spend too much money on creative and not enough money on distribution. That needs to be in a better balance.

People don’t want to spend money and if no-one tells them they have to spend money, that “it’s all free on the internet” you know, that’s just garbage, it’s just not true.

Research
Why asset managers need to think like publishers