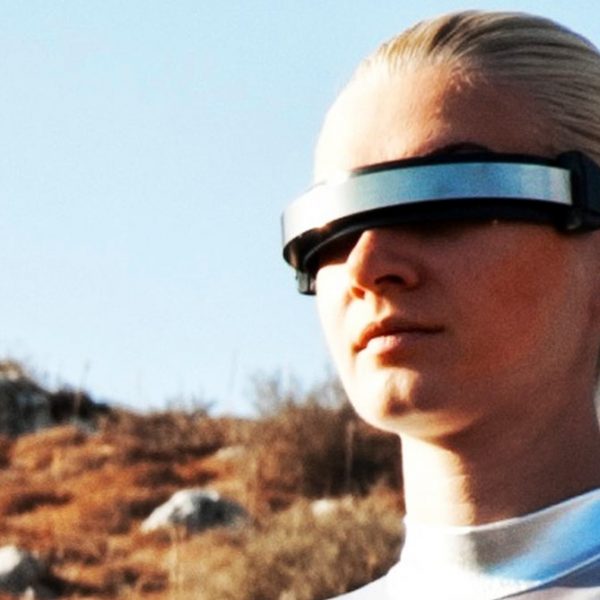 BUILD IT AND THEY WILL SEE

The idea of augmented reality certainly isn’t new. Ironically, during the year 1984, William Gibson’s Neuromancer inspired sci-fi fans to see a future when tech and biology would be fused. The excitement was palpable. It’s possible that a few nerds actually exploded.

Fast-forward to 2002 and Tom Cruise’s interactions with holographic screens in Minority Report made a few more geeks pop. Everyone wanted to be like Tom, vogueing like a short, male Madonna within a neon cube of computations.

We’ve waited a long time for the first step in that technology to become available to the masses and, as you’d expect, the consumers are moaning. Short battery life, discomfort, crooked camera lens, price and privacy issues have made early releases of Google Glass forgettable.

Yet early iterations may be viewed in a different — nostalgic — light after Glass’ evolution is complete. Don’t make the mistake of thinking this is technology that will feature heavily in future ‘technology fails’ lists. Google, as usual, will develop their product until they can casually say ‘I told you so’ and rub salt into the wound by taking your week’s wages.

Already there’s hope for vindication due to obvious applications in the health, military and media sectors, and the increasing number of competing development projects suggest Google’s competitors are not as fickle as consumers. Amazon has already patented a Google Glass lookalike, for the purpose of hands-free stock control in their massive warehouses.

As for Google, it’s not exactly moping after the disappointment of scathing product reviews. While the pessimists scoff, the company continues to apply for patents, including a hundred associated with its contact lenses, which could offer relief for diabetes sufferers by analysing glucose levels in tears.

Smart eyewear may seek a more traditional road to mass consumption by first finding an application in industry but don’t make the mistake of thinking you can avoid it. Hands-free communication and augmented reality are the next golden geese for the technology giants.

I look forward to looking like a complete idiot in public as I watch videos nobody else can see, and swipe the air as I interact with an invisible screen, looking like I’m practising Tai Chi, miming or competing in a paranormal game of Pictionary.

SEO
Why all finance brands need a Google My Business Listing
NEWSLETTER
Get on the list
Subscribe to receive the latest content marketing news and insights straight to your inbox.