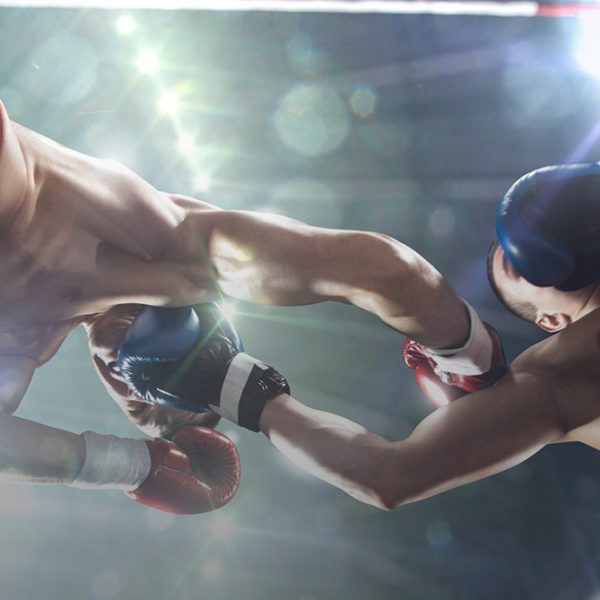 Credit Suisse and UBS have both entered the content marketing arena. Glenn Mitchell unpacks their efforts and crowns the winner in the next phase of contention between the age-old rivals.

Credited with great contributions to economies and infrastructure across the globe but derided for paving the way for tax evasion, dealings involving the ‘unclaimed property’ of Holocaust victims, and their roles leading up to the global financial crisis, these Goliaths may not be bulletproof, but certainly appear impossible to derail.

During several generations of flux, their rivalry is the one constant factor, and while UBS wears the crown, Credit Suisse has mounted the throne occasionally to remind its old foe that the war will never end. Given the lifespan of these companies, the roots of their influence run deep and it’s fairly safe to assume that they’ll charge through more obstacles to survive another 150 years, at least.

But in an age of expanded communication channels, brand perception is the new battleground. Beyond independent auditing, greater transparency and obligatory philanthropy, these strange anti-heroes are now leveraging content marketing to prove they care about us and our future.

For businesses of this scale, it would be ludicrous to miss the opportunities content can create. Constrained by the drier the subject matter of finance, these brands have more to gain from colouring outside the lines and showing additional dimensions to company culture.

Unlimited comes out swinging with a content hub that aggregates selected articles contributed by respected sources like Vice, Monocle, The Future Laboratory and Freuds, along with UBS’ own unique offerings. The factor that swings the pendulum from lame to game is the angle: a monthly theme presented as profound questions for us to ponder. The topic at time of writing is ‘Does wealth make us rich anymore?’

UBS is tapping into the philosophies powering our fears and cynicism regarding finance and its role in our lives. What I love about this approach is that it’s like having fruit pelted at you by demonstrators and suddenly deciding to join the horde and wield a placard. ‘Actually, you’re right,’ says UBS, ‘Why do we even care about money?’

We all know UBS cares deeply about wealth. We also know that as much as we moan about financial institutions, we desire profit, even while we question the ‘system’. So for UBS, there’s little risk in joining or fuelling the conversation. They can yell ‘viva la revolution’ while counting our money.

After a solid right hook by UBS, Credit Suisse’s The Financialist looks a little light-headed. It has the same game plan—an ‘informed but inventive, offbeat take on things’—and it has its own content writers (a gold star for originality), but the subject matter isn’t quite as fun. This site offers a laser eye on industries, economies, political influence and international trends. It doesn’t wander far from the core brand’s interests so fails to enjoy the wider appeal of Unlimited.

This doesn’t mean it’ll hit the deck and be wondering how many fingers the referee is holding up. It may win the bout by capturing the only eyeballs that matter—the ones owned by the rich, or potential customers aspiring to join those ranks. The point is that it claims to be disruptive and edgy, but in reality its content production methods make it difficult to break the shackles of tradition and comfortably march within the ranks of the revolutionaries.

Besides the bland design of The Financialist, its original content lacks the freewheeling gall of Unlimited’s contributors. Opinion requires audacity, bravery and a very thick skin—all things that are easier to develop when you’re not too closely associated with a mother brand. But it’s early days, so The Financialist may expand to become an entity that rebels just enough to be a worthy read.

Unlimited also wins the presentation category; not because of great design but because of its categorisation via themes and confrontational questions about life. Its headlines, imagery and candour deliver according to the brief. It’s disruptive and fun. Add to that a more extensive use of multimedia, and I know which one I’d be reading if I happened to be in the market for thinly veiled branding exercise.

But before we strap the content marketing heavy-weight belt around UBS’ ample gut, it’s worth looking at these sites in isolation rather than judging merit by comparison. I mean, I’m better looking than Donald Trump, but that doesn’t mean I’m handsome.

While I’m less than impressed with the volume and frequency of published articles on both sites considering they’re backed by giant banks, Unlimited is having some success leveraging content on social media, with consistent retweets and shares. Either the result of organic viral behaviour or paid boosting, its big picture topics such as Can you buy time?’ and ‘What will happen to our economy when robots take our jobs?’ are creating conversations. In contrast, The Financialist’s efforts on those platforms seem token.

Unless you’re only fishing for referrals via search engines (fast becoming a dated strategy), you can’t just let your efforts end after you hit the publish button. I continually tell companies to treat every item of content as a product with a sales strategy including a target audience and a budget for promotion. Far too many businesses are creating content without knowing how to use it as a weapon against their competitors.

I’m not going to say that UBS have mastered content marketing, but with Unlimited they’ve taken a large step in the right direction. The tone and topics are on point, and with a little more exploitation of their own content, they could have a successful standalone site.

But before UBS pops champagne corks and covers head office with streamers, they should probably do a Google search for UBS Unlimited followed by a search for Credit Suisse The Financialist. You see, in the world of content marketing, you have to get everything right.