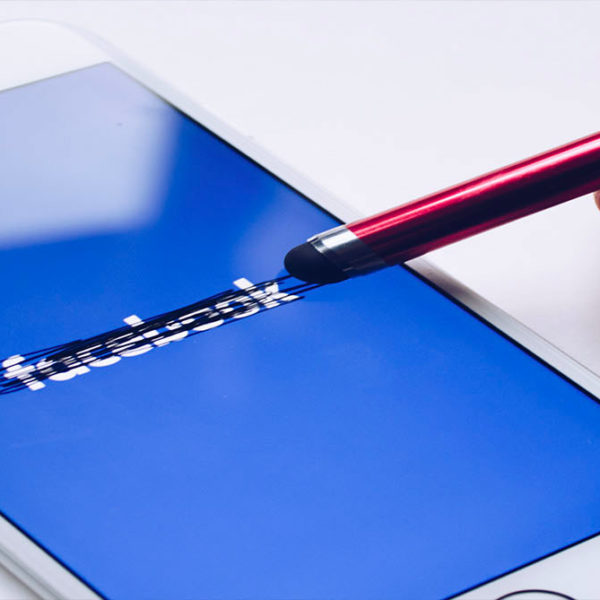 In 2017, $39.94 billion of Facebook’s total revenue came from advertising. From banks through to small businesses, targeted Facebook advertising campaigns were favoured by brands the world over.

But the Cambridge Analytica scandal and other fake-news eruptions like Pizzagate have damaged consumer trust in social media, and led to an unprecedented drop in Facebook’s share price. So, should a financial brand re-think its investment in Facebook marketing?

The calamity that caused us to question Facebook advertising

In March 2018 we learned that data analytics firm Cambridge Analytica harvested up to 87 million Facebook profiles of US voters and used the information to micro-target users with personalised, political advertisements. Cambridge Analytica happened to be working on Trump’s election campaign at the time. Facebook admitted that by late 2015 they’d discovered the information had been harvested but did not tell their users and only took limited steps to recover and secure the private information.

Facebook has also been hauled over the coals for the way it handles false information and potentially harmful or abusive user posts, with regulators, prosecutors and media around the world examining the company’s actions.

How the public reacted

Facebook’s stocks went into free fall after the Cambridge Analytica revelations, losing 10.4% of their value in March alone, as Zuckerberg and co set about apologising for not protecting people’s data, with a promise to take responsibility for protecting user information in future. Facebook continues to publish updates on the steps it’s taking to help prevent fake accounts, “to increase authenticity and transparency of Pages on our platform”. There’s also now a website within its Newsroom called Inside Feed: “dedicated to shedding light on the people and processes behind Facebook’s products and algorithms.”

Facebook vice president of global marketing solutions, Carolyn Everson has said that users mostly hadn’t changed their privacy settings after the scandal and that Facebook hadn’t seen “wild changes in behavior or people saying I’m not going to share any data with Facebook anymore”. She also said they weren’t anticipating major changes to their overall revenue and business model.

By end June 2018 however, news.com.au reported that as many as 1.8 million of Australia’s 15 million Facebook users deleted their account, and more than one in 10 had changed their Facebook settings to restrict the amount of information they shared on the network. A Roy Morgan’s Media Net Trust Survey also revealed social media was “deeply distrusted”, especially Facebook.

Around that time, Facebook mounted a national advertising campaign in Australia with headlines like “Fake news is not our friend” and copy that apologised, and promised to do better.

Shortly after the Cambridge Analytic revelations, a short but well-publicised list of businesses cut ties with Facebook, among them Elon Musk’s Tesla, and Germany’s second-largest bank, Commerz bank, which issued a statement saying they were pausing their Facebook campaign. “Brand safety and data security are very important to us,” Commerzbank’s head of brand strategy Uwe Hellmann said.

In August 2018, Reuters reported that Italy’s UniCredit would not advertise with Facebook until they could better trust their ethics.

Was this distancing the start of a movement? Brian Wieser, a senior analyst at New York City-based Pivotal Research Group thought otherwise. He told Wired Magazine, those businesses were just making a statement. “They’re thinking, here’s a good opportunity to say something about our values,” Wieser said.

To put the scandal further into perspective, YouTube was in a similar position in 2017 when it was discovered that ads were being displayed alongside hate speech and extremist content, prompting advertisers like Coca-Cola and McDonalds to pull ads from the platform. Revenues fell, initially, but have now recovered.

The upshot: should you be distancing yourself from Facebook advertising?

Facebook has 2 billion active users with an average of 53 minutes per user per day spent on the platform. And it remains the most used of the social networks globally – even if its numbers are down on 2017 in some territories.

In Australia, while user sentiment might be tarnished, Facebook remains the most popular platform, with 94% of social media users on the platform.

By early July 2018, Facebook stock had not only recovered but achieved an all-time high of $203.64 a share. On 25 July though, a 19% drop in Facebook’s share price marked its worst trading day since it went public in 2012. This came after Facebook executives predicted lower profit margins for more than two years, with plans to invest hugely in security; and from a failure in expected growth in US, Canada and Europe, due in part to its reputational damage.

Facebook is still popular with advertisers, if that’s anything to go by. Of those Australian businesses that advertise on social Facebook remains easily the most preferred channel (90% of small business, 62% medium, 100% large). Analysts predict $55bn in global advertising revenue for 2018. Even if Facebook has to make its data rules stricter and its tools less refined, it’s still kilometres ahead of other platforms in terms of the specificity it offers.

If you’re a customer-centric business, as every bank and financial institution in the world should be, then most of your customers are telling you that Facebook is still ok. It’s a long-term game for Facebook: customer sentiment may be tarnished, but it’s such a powerful tool for connection, users can’t keep away.

While there are undoubtedly more revelations to come, best not to #deleteFacebook just yet.

Strategy
Don’t underestimate the value of a well-crafted hashtag strategy
NEWSLETTER
Get on the list
Subscribe to receive the latest content marketing news and insights straight to your inbox.