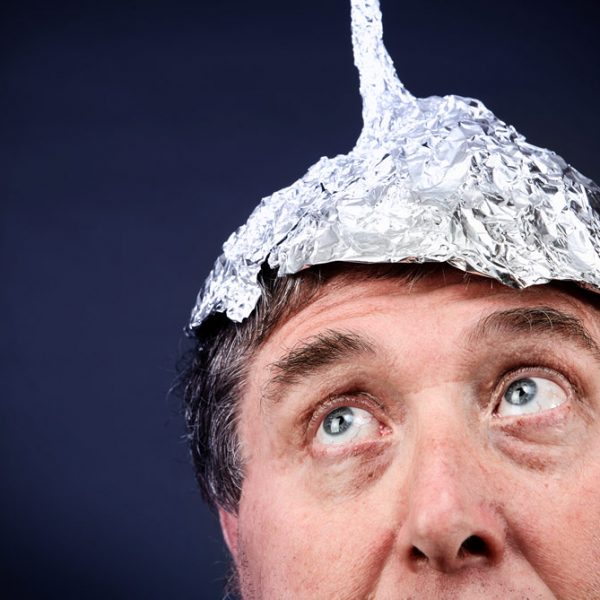 //
And your children and your soul

Well, maybe just your blog for the moment.

Some recent developments at Facebook hint that it might have its eye on all the traffic that’s currently clicking on links in its platform and then heading over to someone else’s WordPress blog. Turns out that 40% of all WordPress traffic is coming from Facebook.

Well, with an advertising model as its bread and butter, the longer Facebook keeps its minions – I mean audience – within the Facebook fences then the more likely they are to click on Facebook’s advertiser links, watch cat videos and browse through their friends’ photos. This all beefs up Facebook’s engagement stats, allowing it to justify charging its advertisers more, and so it continues.

What Facebook doesn’t really want is everyone clicking on links and heading to external websites, never to be seen again. Well at least not until they get bored and come back for more cat videos.

So, what does Facebook have up its sleeve to stop its audiences disappearing over to WordPress blog sites? 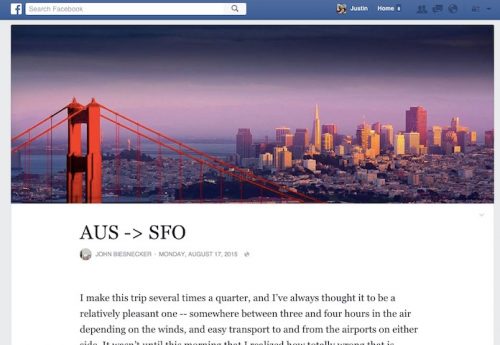 Well, Facebook Notes is one of those obscure parts of Facebook you never knew about but has been there apparently almost since the beginning. According to Google, it’s: …a simple word-processing feature for Facebook users. While status updates that you post to your Wall have a limited character length and no HTML capability, Notes lets you write full-length posts with formatting, tagging and pictures.

For me, even finding it took a while.

Here’s how to get there: from your profile page, click the View Activity Log button on your cover photo. In the left hand column of this next page, click More below the third section (under Photos, Likes and Comments) and – ta da! – from this expanded list you can now access Notes.

Maybe there’s an easier way to get there but I couldn’t find it. I’ve never pasted a Note in eight years of using the platform. And after looking around I still can’t figure out how to make one either.

Right now, it looks like Facebook is testing a revamped Facebook Notes as its answer to a blogging platform. But it has made moves in the past that have pointed at something like this happening. In 2013, it bought a ‘storytelling social network’ called Storylane, whose team joined the Facebook timeline team.

A ‘storytelling social network’ sounds something like a blogging platform to me.

The upside is obviously Facebook’s enormous audience. If a Facebook blogging platform was tightly integrated into the Facebook world then it could open the doors to a lot of things: big exposure for one. But you can bet your bottom bitcoin that Facebook will monetise any promotion opportunities across the network. Free lunches are well and truly a thing of the past. 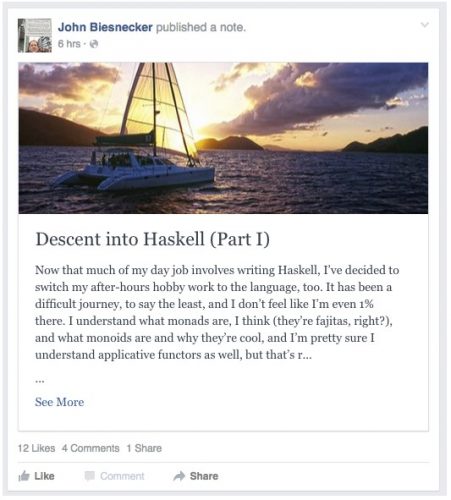 The downside is that it wouldn’t be your blog to control. You would be at the mercy of any future Facebook whims – which could include shutting Facebook Notes down, or something else beyond your control.

At least with a WordPress blog you are using a content management system that can be hosted on your own servers, with your own domain name and the ability to control the look and feel as you please. You can also add any functionality you want, either through publicly available plugins or custom built options.

The closest analogy for a Facebook blogging system within the Facebook network is what LinkedIn has done with Pulse, which has been viewed very positively.

Without a doubt, Facebook is going to make a play in the blogging arena. It probably makes a lot of sense for the amateur blogger or the part-timer who isn’t too precious about branding and advanced functionality.

However, perhaps brands and established individual bloggers should look at ways to retain their identity and real estate, and bring their audience back to a destination they control.

Everything is very open with a really clear description of the challenges. It was definitely informative. Your website is very helpful. Thank you for sharing!
NEWSLETTER
Get on the list
Subscribe to receive the latest content marketing news and insights straight to your inbox.