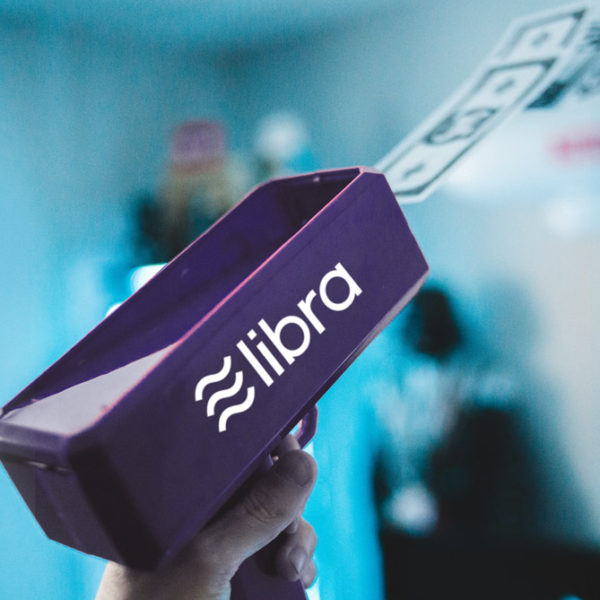 Is Facebook’s Libra currency a threat to banks?

Facebook’s Libra currency is a calculated and brave initiative by the world’s biggest social media network. Launching in 2020 and managed by Facebook offshoot, Calibra, the Libra currency has been created with a purpose in mind – mobilisation.

What are the benefits of Facebook’s Libra currency?

Libra’s purpose is to be a global currency that allows for the easy, secure and cost-effective transfer of money around the world. With the Libra system, transactions will happen in just a few seconds and cost a fraction of the price.

A mobile-based currency, Libra is also set to open the world of finance up to the 1 billion people around the world who have phones connected to the Internet but remain outside of the financial system. If even a fraction of these people used Libra to become financially mobile, it could provide an enormous boost to global and local economies.

Facebook is convinced that Libra’s blockchain technology backed by a pool of real-life assets in Geneva will provide a much less volatile alternative to traditional banking than any existing cryptocurrency like bitcoin.

So what could go wrong?

A new digital system means new hackers. The vulnerability of an online currency could invite sophisticated agents to infiltrate the system to steal money or user data. Facebook is already one of the world’s least trusted brands after massive hacks in 2018, so they will need to prove that offshoot, Calibra, is trustworthy enough to handle your money as well as your life.

There could be serious issues created by introducing a whole new system of currency into the market.

There could be serious issues created by introducing a whole new system of currency into the market. To receive Libra you have to pay in real-life currency. If you want to swap your Libra back, you can do so by drawing from a pool of assets, which is looked after by the mysterious-sounding Libra Association. At the moment, the Association is made up mostly of for-profit organisations like Uber, Spotify and Visa. It is possible that these for-profits could take an aggressive investment stance for the pool, putting your money at risk. Overinvestment in government bonds could also create macroeconomic impacts for countries around the world as corporations and the government become more closely entwined.

How could Libra affect the banks?

If Libra is able to provide a cheap and easy way of transferring money abroad, banks could lose out on profits from international transaction fees. The Economist estimates that foreign transactions earn the biggest three credit card companies $30bn/year.

Banks should also be concerned about the reach of Libra – there are 2.4 billion Facebook users and counting, and many more people associated with the brands that form the Libra Association. If people begin removing money from their traditional bank accounts to put into Libra at a great scale, it could cause solvency issues for the banks. While Libra is a currency and not a ‘bank’, there’s no guarantee that if initial trials go well, services could expand to encroach even more on traditional institutions.

Of course, there’s no guarantee that Libra will take off, but with some big brands behind it, we can’t predict how far this new initiative could go. Banks should evaluate how they are communicating their customer proposition in order to remain competitive.