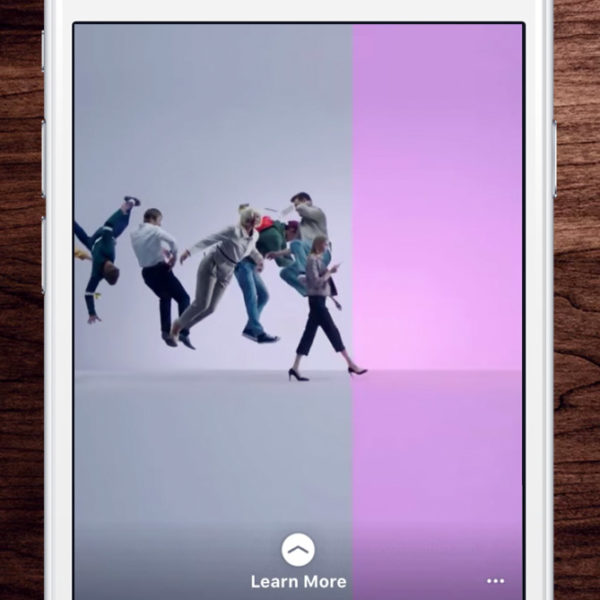 As of 26 September 2018, Facebook and Messenger Stories boasted 300 million daily active users. Add Instagram, WhatsApp and Snapchat, which all have Stories features – and you get close to one billion. At the Facebook F8 Conference 2018, chief product officer Chris Cox announced, “The Stories format is on a path to surpass feeds as the primary way people share things with their friends sometime next year”. For finance brands struggling to connect with customers through social media, Facebook Stories is certainly worth considering. But let’s start at the start.

Launched in 2016, Facebook Stories enables the user to share photos and live video via a separate, dedicated news feed. They remain visible for just 24 hours – and it’s possible to add effects, text, emoticons, stickers, backgrounds and interactive elements. The feature is available on Facebook, plus the apps it owns: Messenger, Instagram and WhatsApp.

Initially, Facebook Stories was only available to personal accounts. However, business pages have been supported since late 2017 and ads since September 2018.

Unlike the standard news feed, Facebook Stories fills the screen automatically. There’s no need for tapping, swiping or scrolling. Hence, your content immerses the user immediately – without the distraction of other posts.

Akbank, a Turkish Bank, made the most of this in an Instagram Stories ad, which displayed a full-screen video of young people singing a Turkish pop song, but with the lyrics changed to express their hopes and dreams. The ad achieved 3.3 million views, a 28 point increase in ad recall and a five point increase in message association.

Upon receiving notification of a Facebook Story, the user has just 24 hours to view it, before it vanishes for good. This sets a fast, fun pace – and compels users to look. Plus, interactive elements provide opportunities for engagement.

French financial services company, BNP Paribas, ran an interactive ad campaign via Instagram Stories, which engaged 700,000 users and generated 70,000 leads over 10 days. The ad, targeted at 18-24 year olds, grabbed the user’s attention by asking a series of questions that mimicked a driver’s test. By swiping up, the user could win study assistance and driving lessons.

Given that hundreds of millions of people use Stories daily, the feature is a vital part of the marketing picture. Finance brands that leave it out risk missing a major chunk of their audience.

Monobank, the first mobile-only bank in Ukraine, took this into account in its pre-launch campaign. Monobank ran brand awareness ads across Facebook and Instagram News Feeds, followed by video ads in Facebook and Instagram Stories. The results were 188,000 app installations, 142,000 app registrations and more than 80,000 card activations. Not bad for a start-up.

With ads on Facebook Stories being such a new kid on the block, there’s plenty of scope for finance brands to get in early with creative, forward-thinking campaigns.