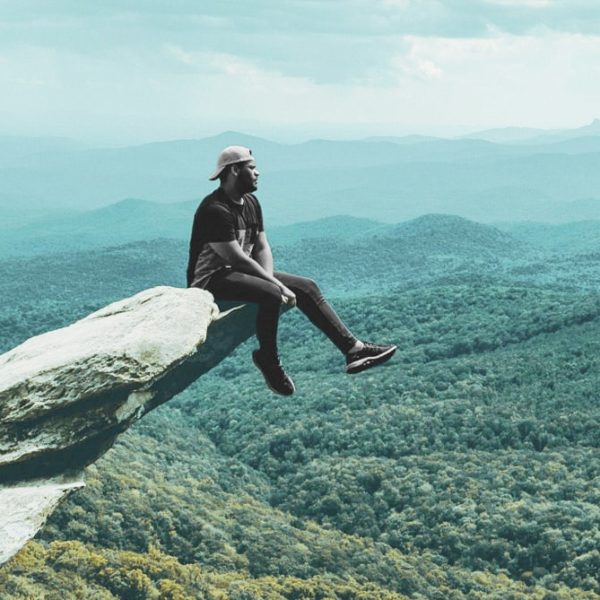 Financial services content marketing that dares to be different

In late 2019, we discussed the very-present issue of content fatigue. As the Internet expands, readers are drowning in near-identical content – hundreds of millions of posts worth of it.

It’s time for a financial services content shake-up, with many finance brands around the world already taking risks (albeit calculated) and daring to be different with their finance content marketing.

But, taking a risk is, well, just that. Get it wrong and you could unleash backlash — as Pepsi found out when this ad, portraying Kendall Jenner as reconciling a protest by handing a police officer a can of Pepsi, inspired criticism for trivialising the Civil Rights Movement.

Get it right — and you could become the (good) talk of cyberspace.

Get it right — and you could become the (good) talk of cyberspace. Here, we take a look at three brands that pulled off daring financial services content marketing strategies.

In 2018, Gjensidige Insurance, a Norwegian insurance company, took virtual reality (VR) where it’s not gone before — into the maternity ward.

This nine-minute video captures a child’s birth from beginning to end, in 360-degree VR. Why?

A blurb reads, ‘Today, many expecting parents are worried about their birth. What anaesthesia should I take? What really happens in the hospital? Thousands of questions are spinning in your head while you are full of hormones, adrenaline, and emotions.

‘Maybe it can help you be a little more prepared when it’s time for you to give birth. Or you just think it’s a beautiful movie. We hope so!’

Accompanying the video is a stack of helpful content for expecting parents, from ‘what to pack’ to ‘how to avoid unnecessary costs’ and on to the all-important content marketing hook, maternity insurance.

The movie has attracted more than 49,000 views on YouTube. Ad Week named it ‘Ad of the Day’.

Are you as optimistic as you think you are? In 2016, OppenheimerFunds, a New York-based global asset management firm now owned by Invesco, decided to find out — via a financial services content marketing strategy titled ‘A Focus on Optimism’.

Our emotions impact our financial behaviour, according to ‘The Financial Cost of Sadness’, a study by Dr. Jennifer Lerner, Professor of Public Policy and Management at Harvard University. When we’re sad, we’re more likely to be myopic about money — more willing to spend, rather than invest for the long-term.

At the heart of OppenheimerFunds financial services content strategy was ‘The Biometric Booth’, an installation developed in partnership with Coffee, a New York-based tech company, and displayed at the 2017 Forbes Women’s Summit.

Before entering guests answered questions about their views around the future of healthcare, technology, and ageing. Inside, they put on a smartwatch that gathered biometric data, such as facial movements, to determine whether or not guests’ answers correlated with their real feelings.

Guests then posted their hopes on the ‘Optimism Post-It Wall’ and received wearable optimism reminders. OppenheimerFund also hosted a talk about the importance of investing in women in emerging markets, plus a panel discussion on pioneering females.

Following the summit, the installation was transformed into an interactive online quiz, which served up targeted financial advice according to participants’ responses. The collated results were then published in the Washington Post.

The global attention span is narrowing at a rapid pace, according to the Guardian. So why would a bank consider slow TV as a financial services content marketing strategy?

Well, ironically, slow TV is gaining traction, as the popularity of SBS’s 17-hour filming of The Ghan proved. But Australian banks hadn’t gone anywhere near it until Me Bank, an Australian online bank 100% owned by industry super funds, took the risk.

The marketing team decided to create a one-hour long video of guess what? The hand-crafting of a bank card, from beginning to end. Yep, that’s 60 minutes of silicon pouring, scalpel cutting, and brush painting.

The video was released on January 14 with the tag #SlowSummer, to appeal to viewers in holiday mode.

ME Bank’s slow TV experiment follows several other daring financial services marketing strategies, including the launch of a fake limited edition fragrance on April fools Day 2019 and the release of a ‘bank-xiety’ guided meditation in March 2019.

Taking risks is scary, particularly in an industry bound by compliance. We can hold your hand every step of the way. Get in touch.

Strategy
How to write an award-winning entry for finance brands