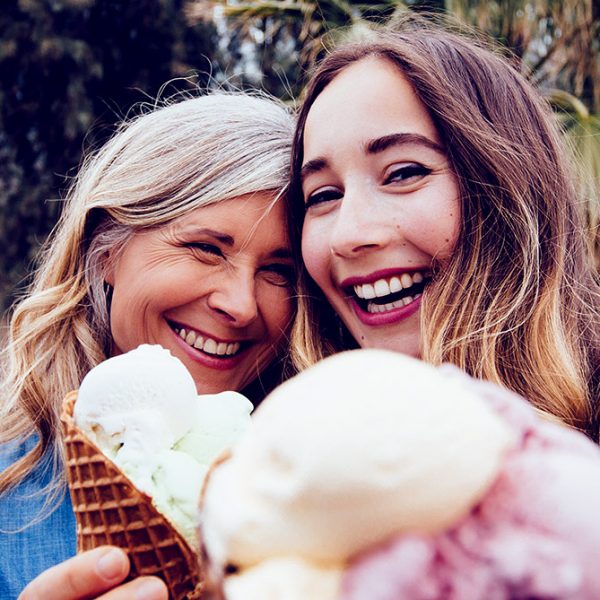 What Gen Z and the Boomers have in common

They’ve been called everything from post-Millennial to iGen to Centennials, but for now we seem to have settled on Gen Z as a label. While it would be foolish to define every soul born of this generation using one big lazy stereotype, there is a definite flavour profile of Gen Z emerging.

Who exactly are these Zeds, who comprise 20% of the population and will be the largest group of consumers by 2020?

Though everyone seems to calculate Zed birth dates slightly differently, we’ll go with PwC and say it’s people born between 1995 and 2010. That means in 2018 we’ve got the oldest of the Gen Zeds in their early 20s – still too young to give us a complete picture of their influences, beliefs and behaviours, but here’s what the research says so far about the financial outlook of the Zeds.

Zeds have grown up in an era of terrorism and global instability, many of them being children or young teens during the global recession. As a result they are often compared to the “silent generation” – men and women who were born between 1925 and 1945 and came of age in the Great Depression. Even in Australia where the impact of the GFC was less dramatic, the repercussions have been felt.

Teenagers of the Z generation have also watched Millennial family members and friends move back in with their parents after struggling with fewer jobs, flat wages and ridiculous property markets. As a result, the Zeds are making a conscious effort to approach money and debt differently.

Many of them have also been raised by Gen X (incidentally the oldest generation of parents ever), who are more “frugal and sceptical”. This has shaped a “less entitled, more money-conscious generational cohort”, according to generational expert Christine Hassler, quoted in this article from the Dallas News.

Overall, Zeds are savers. According to this study by the US Center for Generational Kinetics, 21% of respondents had a savings account before the age of ten. While they are entrepreneurial like the Millennials, they aim for stability in their careers and jobs that reward with a decent income; luckily they’re entering the workforce at a time of declining supply, with more people (retirees) exiting the workforce than entering it.

For these young men and women, finances are a matter of safety and security. They are described as risk-averse, so leaving money in the bank is appealing – investing not so much. They have a natural distrust of traditional forms of investment (having seen families lose money in the crash, or read about it) and see real estate as a primary goal. (Again, generalisations, but interesting.)

Their conservative view of debt translates to 29% believing that personal debt should be reserved for a few select items and 23% believing it should be avoided at all costs, according to the Generational Kinetics study.

Like the silent generation, they’re worry-warts when it comes to property, with housing affordability a top-five concern among young teens.

12% of US Gen Zs are already saving for retirement, for fear of having to rely on social security or a pension, and at least 52% say they plan to pay for their own retirement.

Banking for the first Cloud natives

Gen Z have never known a world without the internet and the cloud is second nature. They’re sometimes referred to as “digital integrators” because tech is so seamlessly integrated into their lives. They spend more time online than any other demographic and they do everything possible on their phones and through social media. As a result they live in a world without borders – they’re truly global in how they shop and think.

They prefer chat to phone calls and expect to do pretty much everything on their smartphones. They go into bank branches even less than Millennials, instead using mobile or payment apps on their phones. They expect everything – from online goods to banking – delivered fast. They trust banks and investment companies less than their elders. If you want to win Zeds as consumers, you’ll be digital first, not just a traditional branch-led financial institution with digital on the side.

Marketing to the Zeds

Zeds are the most marketed-to children of all time and the biggest consumers of any generation of children. Think you can win them over with those same old cookie-cutter ads? Think again.

Authenticity is key when appealing to this advertising-savvy group. According to McCrindle Research, Zeds respond to marketing that makes them feel socially connected. It needs to be “fun and entertaining, cool and socially desirable, life-enhancing, new and innovative”. They need to be engaged on a more emotive, rather than a cognitive scale.

They listen to influencers’ and friends’ recommendations on what to buy.

They aren’t as brand-driven as you’d expect. These price-conscious teens and 20-somethings prefer quality and value for money over brand names; and while they won’t be loyal to brands, they expect brands to be loyal to them with good service.

These price-conscious teens and 20-somethings prefer quality and value for money over brand names; and while they won’t be loyal to brands, they expect brands to be loyal to them with good service.

Financial literacy and how Zeds learn

Gen Z will be the most educated generation in our history, with 1 in 2 Gen Zeds expected to be university educated.

If you’re wanting to educate these consumers financially, then you’ll have to remember that they’re intrinsically wedded to mobiles and social media. They learn from messaging that is increasingly image-based, through signs, logos, colours, pictures and video of course – rather than words and phrases. Often they’ll opt to watch a video that summarises a solution, rather than read an article.

And finally remember: every possible type of information, including financial, is available to the Zeds at the click of a button. They have always had Google. If you want to be seen as helpful, your role needs to become a facilitator of learning rather than just shoving more words at them.

Pragmatists to the core

The Centre for Generational Kinetics study found that unlike previous generations whose parents didn’t mention money or focus on financial topics with their children, 56% of Gen Z discussed saving money with their parents in the past six months. So Zeds aren’t embarrassed to talk about money.

“Evidently, the younger Gen Z is learning from Millennials’ experiences and having far more conversations about money and debt with their parents than Millennials ever did,” the report says.

All over the web, Zeds are referred to as pragmatists. They are said to have a more practical, realistic mindset from an early age – as opposed to the stereotypically optimistic Millennials.

Partially as a result of seeing their parents and Millennials struggle with money, Zeds want to be independent personally and financially; they are driven and self-reliant.

So now we’ll just need to watch whether all this research plays out as the Zeds hit adulthood head-on.