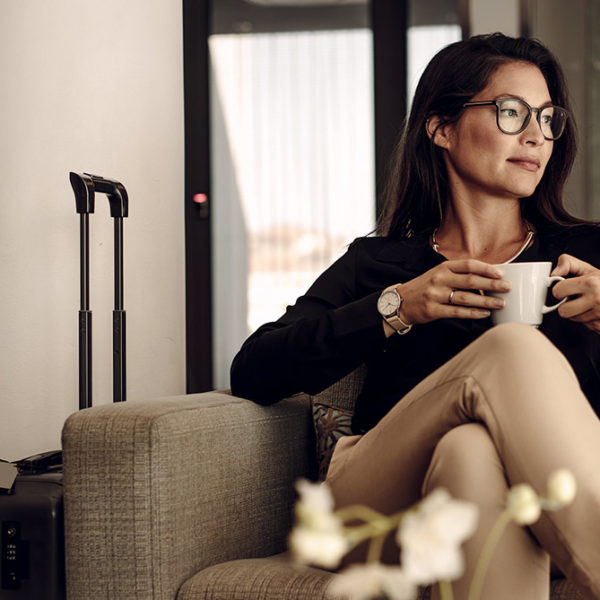 When PwC published its 2016 research into high-net-worth (HNW) individuals the outtake was clear: wealth managers can’t afford to miss the digital wave.

While HNW individuals were found to be enthusiastically adopting technology, wealth managers were among the slowest adopters of digital technology in the global financial services sector. “Advancement – and indeed survival – will require a new mindset,” the report warned. And that means combining the best of tech and human capital to demonstrate their value to clients, says PwC.

While HNW individuals were found to be enthusiastically adopting technology, wealth managers were among the slowest adopters of digital technology in the global financial services sector.

The PwC report describes three “game-changing” digital waves, the first of which is digital commerce, including social media. PwC found that only one in ten wealth management firms were using social media to communicate, market and distribute to their clients.

Yet two-thirds of their HNW clients are using social media daily. In our own report on Content marketing for HNW individuals we cite findings from a 2015 Accenture report which show 67% of European HNW investors surveyed were weekly users of social media, and reported themselves to be more likely than their affluent or mass market counterparts to use social media for business, through platforms such as LinkedIn.

The report also showed, 41% considered themselves to be early adopters of technology and 83% were already using digital technology for financial services. Despite often being older than the average investor, HNW investors were just as likely as younger investors to demand digital wealth-management services.

And 35% said that with digital tools, they could work perfectly well with their financial adviser without ever being in the same place.

You can never be too knowledgeable

They also see educational and planning tools and services as true difference makers, and place greater value than their peers on socialisation avenues such as online communities, groups and seminars.

The upshot is that in all likelihood, these highly-educated HNW investors are more skilled and experienced in using the internet than the average consumer. “This underscores the need for firms to place a heavier emphasis on social media which can help HNW investors not only learn investing habits and techniques from peers but share their experiences,” the Accenture report says.

Two-thirds of HNW investors were visiting LinkedIn monthly according to the LinkedIn research, with 38% visiting once to twice per week. LinkedIn is seen as a resource for investment research and a critical tool for building business relationships. For example, wealth managers were able to provide real-time recommendations and updates based on their customers’ behaviours.

The most common reasons given overall for using LinkedIn are:

PwC’s 2016 research shows that HNW individuals primarily view their wealth positively, as an enabler that brings privileges and opportunity rather than a burden of responsibility. But these investors still have anxieties – commonly about losing money, being taken advantage of, and for their physical safety and security. “These drive their need for trusted support and advice”, the report says.

In this context, trust is everything. In the Business Insider Intelligence Digital Trust Report, LinkedIn is seen as the most trusted social media platform, rated at 70%, compared to Facebook at 32% and Twitter at 30%. At times it ranked higher even than Forbes.com.

As LinkedIn indicates in its research paper from 2012, “LinkedIn is critical for developing high-value business relationships, and financial advisors who are not taking advantage of the platform are missing the opportunity to engage in relevant conversations.”

Social media provides channels for investment experts to publish strategic information and prove themselves as experts in their industry. Wealth managers and advisors need to be asking themselves: how do I learn from HNW behaviours and meet expectations for increased information and communication? And how can I use LinkedIn to prospect new clients, while also delivering service and support to existing clients?

Susan Burchill
When Susan was a youngster she didn't know what she wanted to be, but somehow she fell into advertising; then digital was invented so she worked on websites for a while. From there it was a small leap over to TV producing, scriptwriting, promo writing, and some copywriting.... Then when content marketing became a 'thing', she somehow fell into that. It's worked out ok so far - luckily she's always landed on soft things.
You might also like
Social media
12 benefits for finance brands being on LinkedIn

Social media
TikTok Cheat Sheet for Financial Marketers
NEWSLETTER
Get on the list
Subscribe to receive the latest content marketing news and insights straight to your inbox.