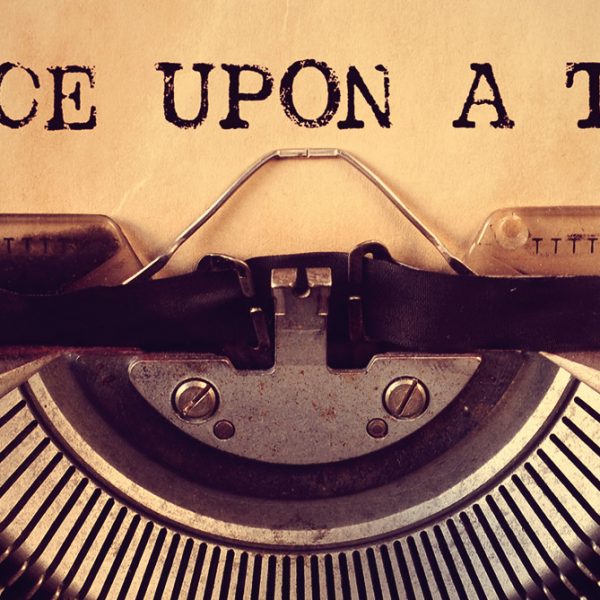 How to Tell a Cracking Yarn

Want to tell better stories? Screenwriter Allen Palmer says the key to reaching audiences is to acknowledge that life is hard and life is shitty…

Allen knows a thing or two about selling to audiences. He used to work in sales for IBM in its glory days until he decided his cushy middle-class existence was a shitty one. So he threw it all in for a shot at writing movies. Since then, he’s told stories for Granada Film, UK Film Council, the BBC, and Dreamworks. He currently heads the Screenplay Development course at NYU (Sydney), and his feature film, Falling for Figaro, is set to shoot in the UK in 2016.

Here, he offers a refresher course in the fundamentals of great storytelling regardless of whether you’re a brand, a content marketer, or writing the great Australian novel.

Why do people need stories?
I would say it’s because life is hard. The first noble truth of Buddhism is that life is suffering. The second noble truth is that desire is the source of suffering. Almost everyone has some unfilled desire. Particularly in Western society. You have a whole group of unsatisfied people looking to satisfy a range of desires. You have the fundamental survival desire, and the desire to be accepted and loved. Moving up, you have the desire for self-expression, creativity and fulfilment. And you have the conscience in there as well. Am I leading a moral and ethical life? Do I have the right kind of life? Do I have the right kind of love? From basic survival through to conscience, you have a massive range of desires that are making life difficult. If you’re trying to communicate with people, you need to understand this is the world they are in.

The reason any story is effective is because it engages the emotions. We make decisions emotionally and we backfill with reason.

What makes a story work in any context?
The reason any story is effective is because it engages the emotions. We make decisions emotionally and we backfill with reason. Jonah Lehrer’s book How We Decide cites the example of a high-functioning Ivy League graduate and CEO with a lovely family, who had an accident and lost the part of his brain that allowed him to emote. Theoretically, this should have made him the greatest decision-maker in history because his reason wouldn’t be clouded by emotion. But the opposite happened. He couldn’t decide what breakfast cereal to have, what shirt to wear, and his life fell part because, in the absence of emotion, he could not make a decision.

Plato famously talks about the chariots being a metaphor for life in that we’re in control of two horses, the noble white horse of reason and the wild, untamed horse of emotion. Plato’s theory was that, to lead a good life, we need to keep a tight reign on emotion and be guided by reason. Lehrer says this is rubbish, that human beings make decisions emotionally and then come up with a reason why we want to do it.
In any communication, if you are guided only by fact and reason, you most likely won’t be successful, particularly in a business environment. Whereas if you engage emotion, you can get around whatever rational barrier someone has put up. And the key way to engage someone’s emotion is through story.

What sort of stories do people want to help them deal with the fact that life is hard?
Tell stories about which you’re passionate and which speak to concerns about the human condition. They should overlap with the broader concerns of the populace, even though, on the face of it, the story might not seem to bare much relation. For example, with Strictly Ballroom, Baz Luhrmann couldn’t get people to fund that film at first – but the reason it went on to become one of the most successful films in Australian history is because, ultimately, it’s not a film about ballroom dancing. It’s a story about someone refusing to be told by the system what they can do.

Where do you start when you want to tell a story in a content marketing setting?
You need to figure out the concerns of the people you are speaking to and then decide what story you can tell that speaks to those concerns. If you think of a basic Venn diagram, there’s you and your brand’s concerns and then there’s the great public. At a certain point there’s an overlap in the middle where whatever it is you’re offering overlaps with the unfilled desires and struggles of the greater population.

Brands such as Marriott, Kate Spade, and Johnnie Walker are creating beautiful short films. What brands have you come across that are telling great stories?
There’s one from Ikea directed by Spike Jonze about a desk lamp that’s put out on the street and replaced by a new lamp. The old lamp is looking through the window in the rain at the new lamp and it’s all very sad. But then this guy comes along and says to the audience, “You guys are crazy. This is a lamp; it has no feelings. And besides – he new lamp is better.” It works because the emotions have been engaged.

With most people overwhelmed with content, how much harder do you have to work to engage an audience?
With any shift there are positives and negatives. In the old days there were so few outlets and the audience was more captive. People had to watch a TV show at a particular time so it was easy for advertisers to get their attention. Even bad ads could increase sales because a lot of people still saw them. At this point, you don’t have a captive audience but, on the plus side, getting access to them and the cost of making something that will reach them can be lower. You don’t need to buy the eyeballs, you can gain them simply being engaging which means it’s easier, especially for brands that don’t have a lot of money, to access people.

Donald Trump is a great example. He’s paid virtually nothing for ad space because the media have made him the story and have been promoting him, so it hasn’t cost him a cent.

What are some tried and true methods of storytelling?
At the fundamental level you can merely divert – the fascination with cats that look like Hitler, for example. People will share that because they think it’s amusing. The next level is to have a character facing obstacles as they deal with their problems. The highest level of storytelling is where a character is not just solving a problem, but in doing so draws on dimensions of their character they were not accessing beforehand.

Another method is that the character in your story – and the character can be a product – like the lamp, is experiencing emotions most people can relate to. For example, Bridget Jones is an everywoman – alone, drinking wine on a Friday night checking the answering machine – everyone relates to it. That’s the most common way to make a connection.

Then there is the tactic of creating a character much worse off than most people. The Elephant Man, for example, has problems to a far greater extent than just about anyone. Or you can also take a comedic angle like in Dumb and Dumber – people are comforted because they think that while everyone makes mistakes and feels stupid from time to time, at least they’re not as stupid as these people.

Another point of connection is based on characters seemingly better off – sexier and more fulfilled than the audience. Here, you’re trying to project, “I want to be like them”. It’s fuelling that second noble truth of desire.

Finally, most people try to lead good honest lives and it can get boring, so there’s a dimension in storytelling of people not being good and honest and decent. People enjoy watching someone transgress the boundaries in which we normally confine ourselves. A lot of people aren’t necessarily seduced by, “I want to be perfect or better,” and identify more with a brand that suggests, ‘I’m bad and I’m flawed and I’m proud of it’.

With video gaining momentum, do you have any advice for content creators attempting to switch from the written word to moving pictures?
In the generation in which I grew up, the range of things people could do was limited. Now there are a million things. If you get bored with one movie you can watch another one. There’s Stan, Presto, Netflix, free-to-air, and iTunes. When people have so many things to engage with, you have to ask yourself, ‘Is my video content sufficiently engaging?’

Too many people who make video don’t get far enough out of their own mindset. It’s always been the case in communication: that audience needs, interests and concerns are paramount, but now the imperative is even greater because there are so many other choices. So if you’re going to do something it better be engaging. It’s not sufficient to just make a video. Use story where you might not otherwise think about using story – and your brand is a story.

You can find Allen at CrackingYarns.com.au.