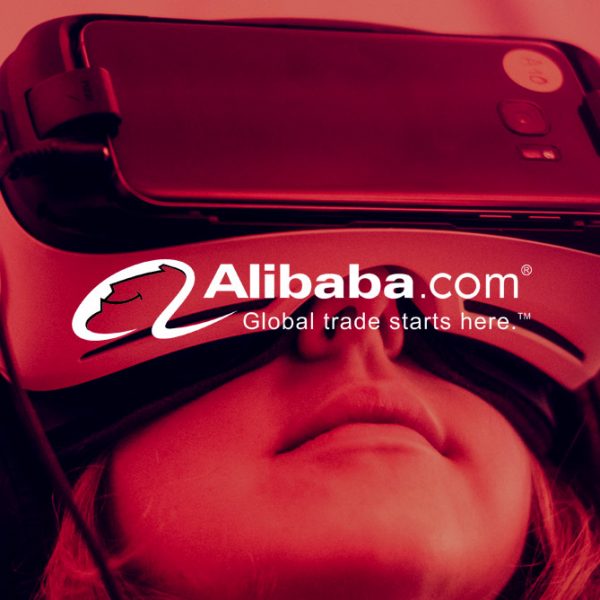 Once upon a time in mainland China, 11 November (or 11.11) was just Singles Day – an excuse for singles to celebrate their bachelor/ette status. Then in 2009, clever-clogs Jack Ma, founder of Alibaba, appropriated Singles Day and turned it into the world’s largest offline/online shopping experience. In 2017 that has translated to a gross merchandise volume of US$25.3 billion.

An integral part of Alibaba’s “retail-tainment” success story is their use of technologies and data to engage customers and encourage them to shop large. Alibaba Chief Marketing Officer Chris Tung talks about the “surprise and delight” aspect of what he calls a “festival”, rather than just a single-day sale.

More than that, Alibaba are brave enough to launch new experiences and offerings before they’re perfect, improving them as they go. Here are some of the tech innovations Chris Tung is referring to when he talks about Alibaba’s commitment to making the 11.11 festival “more and more engaging and inclusive”.

Interactive gala – building up to 12:00am

In the frantic four hours counting down to shopping lift-off, such luminaries as Nicole Kidman, Jesse J and Pharrell Williams joined Jack Ma onstage to help spruik the Alibaba consumption-fest, with sports stars like Luis Figo and Maria Sharipova competing in live challenges.

Watching on one of three Chinese satellite TV channels, audience members were invited to open up the Tmall app and shake their phones to catch prizes in the app, while simultaneously gabbing away in chatrooms and filling up their shopping carts.

Meanwhile, an augmented reality game transmitted live images of actress Fan Bingbing into viewers’ homes so they could interact with her via VR headsets. Apps allowed the audience to vote for their preferred celebrity team as they competed onstage, with a live graph showing the progress of voting.

Watch this video to see the highlights of the Singles Day shopping festival. Or this Twitter video to find out how some of the interactive apps work.

For the second year in a row, Alibaba streamed a live fashion show across seven television and online channels in China. Four hours of video streams were integrated with Alibaba’s e-commerce platform, so shoppers were able to order apparel they spotted in real time – either by tapping the live stream on their phone, or for those watching on their TVs, by shaking their phones when a product appeared on the catwalk.

An expected 100 million viewers could socialise and interact at the same time, while saving items on their phones for check-out on 11 November.

Four hours of video streams were integrated with Alibaba’s e-commerce platform, so shoppers were able to order apparel they spotted in real time.

WeChat had already made an e-version of the traditional Chinese red envelopes or ‘hongbao’, allowing a mass of users to send virtual credits to each other electronically. For 11.11, a lottery pool of 250 million yuan ($37.8 million) was issued to lucky Chinese consumers who played various games, including a game that allowed shoppers to invite friends to form teams; once their team’s total purchases reached a certain amount, all team members were able to get discounts and coupons.

Alibaba worked with brands to install augmented reality mirrors at pop-up stores so people could try on makeup, sunglasses and apparel, then click on the screen to order them through the Tmall platform.

Introduced in 2016 and updated in 2017, Catch the Cat is an augmented reality game that uses simplified PokemonGo-style tech. In the lead-up to 11.11, shoppers chased Tmall’s cat mascot around the mall, tap-tap-tapping to win coupons from partner merchants, driving foot traffic to bricks-and-mortar Tmall shops and eyeballs to online stores.

Shoppers were driven to nominated public areas where they would catch cats and put them in their 11:11 box, amassing credit points to spend on the big day. It was also a brand bonding event, bringing people together to have fun in real spaces.

Consumers answered trivia questions powered by Alibaba’s Tmall Genie, a smart speaker with voice assistant that let them order products from Tmall retailers amongst other things, by using voice commands. Consumers could choose a brand out of the 3,000 available, answer trivia questions and be rewarded with coupons and special perks relating to the brand.

Customers used a VR headset or bought a 1-yuan (US$0.15) cardboard frame – similar to Google Cardboard – to slot in their smartphones and explore virtual replicas of stores like Macy’s and Costco. Those with headsets could “walk” around the shop, “pick up” items to examine them virtually, and make instant purchases by staring at floating buttons.

From October 28, screens let users take full-length selfies in order to virtually “try on” clothes and purchase them with a QR code.

Taobao and Tmall, the two Alibaba e-commerce platforms serve a combined 500 million-plus customer base. AI is used throughout Alibaba’s e-commerce platform to create uncannily precise product search results and deliver virtual storefronts tailored to individual shoppers based on their known preferences; even offering products shoppers didn’t realise they needed. Alibaba sees a future where online customers shape the very products being designed and produced for them.

Design
Does the Internet of Things impact finance brands?