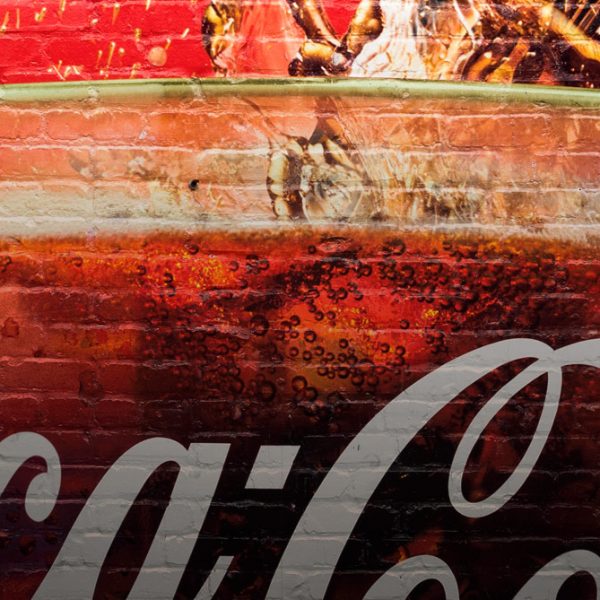 Inside the World’s Biggest and Brightest Branded Newsrooms

With big-name brands becoming the world’s biggest publishers, many are launching their own newsrooms. Here are five of the most valiant efforts in this arena.

Who: Walmart
When: March 2016
Where: blog.walmart.com
What: Walmart Today (why that’s not part of the URL is anyone’s guess) offers pillars including business, community, health and wellness, heritage, innovation, life, opportunity, sustainability, and US manufacturing. Much of the content is aimed at refuting negative publicity the retail juggernaut receives over poor employee treatment and low wages. The content creators draw on a readily available pool of stories from Walmart’s 1.3 million employees. The tale of an entire family employed by the budget retailer appears alongside a piece on how much Walmart has invested in people over the last year.
Why: Senior Director Chad Mitchell realised the company blog was woefully static, and only updated around twice a year, so he set out to create a more dynamic environment.
How: A dedicated digital team of seven was put in place to overhaul the blog and generate engaging feature articles and news stories.
The future: Bolting out of the gate with 1 million uniques a month, Mitchell told Digiday there was an initial 15 percent lift in Walmart’s reputation. However, he added that organic reach and traffic are on the wane and that the big challenge now is distribution.

Who: Marriott – M Live
When: October 2015
Where: Marriott’s Bethsheda, Maryland, headquarters. Replicas followed in Hong Kong and South Florida in early 2016, with further expansion planned for Europe and the Middle East.
What: A state-of-the-art glass-encased studio full of high-tech equipment that would make traditional publishers weep with envy. When Marriott vice president of global creative, David Beebe, proclaimed, “We’re a media company now,” he wasn’t kidding. To date M Live has created The Navigator Live TV show, the short films, The Two Bellmen and French Kiss, and a digital magazine, Marriot Traveler. They’ve also dabbled with Oculus Rift and plan to move further into virtual reality.
Why: To have a central point of operations for all marketing departments and initiatives to allow for easier conversion tracking, trend monitoring, campaign performance and social media brand management, while also generating cutting edge branded content.
How: Marriott recruited storytelling big guns Karin Timpone from Disney, Matthew Glick from CBS, and former Variety staffer, Marc Graser. Beebe, meanwhile, is an Emmy-winning digital executive and producer who’s spearheaded initiatives for ABC and Disney. M-Live also serves as a real-time marketing hub with eight key stakeholders across the marketing spectrum having a literal seat at the studio table.
The future: M Live plans to license short films and webisodes to content distributors such as Yahoo, AOL, Hulu, Netflix, and Amazon. The hotel chain is also focusing efforts on millennials, whom research indicates value experiences over material possessions.

Who: GE Reports
When: October 2013
Where: www.gereports.com
What: GE Reports is an online magazine that positions itself alongside tech thought leaders such as Wired, Scientific American, Newsweek, and Gizmodo. Themes include energy, transport, and healthcare, all painted with GE’s innovation brushstrokes, in stories such as Women: A Computer Scientist Crushes Gender Assumptions, and Education: A New Model for Growing the Next Generation of African Leaders.
Why: Managing Editor, Thomas Kellner, says the company wanted to find a new way to reach its customers, whether they be the people who buy the company’s jet engines, or consumers in China who don’t know as much about the brand as those in the US.
How: GE Reports positions company as leading the way into a bright future for all by showcasing innovation and scientific breakthroughs. Most stories have nothing to do with GE products.
The future: The plan is to keep and grow the site’s 300,000 monthly readers with consistently sharable stories. It’s a tactic that’s worked well so far with stories frequently pushed to the top of Reddit and generating 500,000 shares.

Who: Intel – IQ
When: May 2012
Where: iq.intel.com.au
What: Intel IQ is the tech pioneer’s foray into brand journalism with lifestyle-heavy pillars in education, entertainment, fashion, gaming, health, sport and tech. There’s also a distinct focus on women in technology and future casting, with stories such as Could Your Next Uber be a Multicopter? The editors also aggregate relevant content from other sources including Social Media Today,
Why: Like many of the brands listed here, the company wanted to reach a younger audience who may not have had much exposure to Intel.
How: By talking to their audience about tech culture within youth oriented pillars. Part of the approach was to amalgamate content various staff were already producing and use it to showcase the latest thinking and research.
The Future: To continue building on social media as both a content resource and discovery tool.  Editor-in-chief Bryan Rhoades says, “The goal for iQ is not necessarily to make a destination, but a content engine to feed the 24/7 social graph.”

Who: Coca-Cola Journey
When: Late 2012
Where: www.coca-colajourney.com
What: Coke’s digital magazine is prolific, publishing 1200 articles in 2013 that attracted 13 million visitors across eight countries. Pillars are brands, video, sustainability, innovation, history, music, and unbottled (the company’s CSR initiative). Content sways between customer and employee focus, and includes a piece on what the disastrous launch of New Coke in 1985 would look like in the social media era, along with a logical food and recipe section. The soft drink leader is serious about content and in 2014 held its inaugural international brand publishing summit, JourneyOn.
Why: The original idea was to reach younger audiences with a 50/50 split between branded and non-branded content. Today, Journey is lifestyle and culture oriented, with a fun, happy, upbeat tone of voice.
Howw: The Journey team is led by a director of digital communications and social media, a co-managing editor, and an ex-TV journalist. The newsroom also employs a social media editor, graphic designer, analyst, a third editor, a video team, and freelance writers and photographers. The company intranet is a great source of stories, as are marketing campaigns and the zeitgeist of popular culture.
The future: According to Moye, the vision is to stay relevant to millennials. Maybe they should re-read their article Millennials, Are You Ready For Gen Z?

Related Article: What Does It Take For A Finance Brand To Launch A Branded Newsroom?