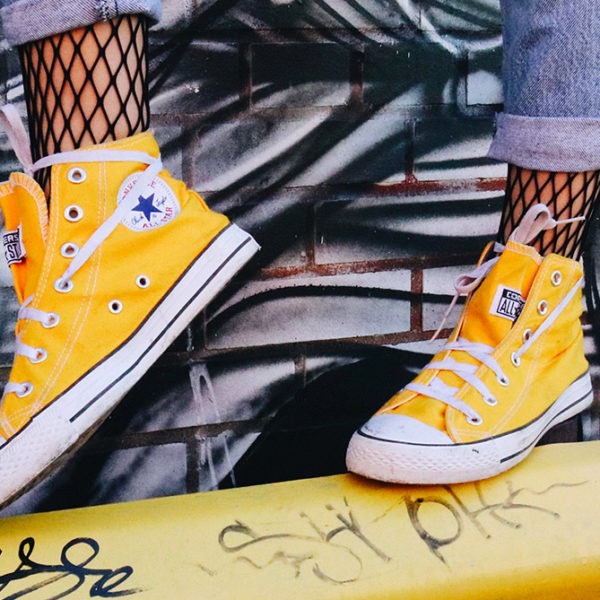 //
Forget what you know

On the pages of this blog we’re always encouraging brands to be “different” and “brave” and “customer-centric”. Today we present the ultimate insurance marketing case study.

They created quite a PR stir when they launched in 2016. Here are 6 ways they do things differently, bravely, and millennial-y. They are pretty unique, so we strongly recommend you read to the end.

Giving a newborn company a name like Lemonade was a risk, as Lemonade founder-CEO Daniel Schreiber admitted in a January 2018 blog post. Would they be seen as “juvenile”? Who would trust them if they didn’t sound – or look, important?

While the boys at the big end of town like to project financial might, Lemonade believe that in the minds of their millennial audience members, conspicuous extravagance in your insurer doesn’t get your claims paid. Extravagance, if anything, sends the wrong signal.

What other insurance brand would have the chutzpah to publish a blog post with the headline:

We suck, sometimes
The highs and lows of Lemonade’s first half of 2018

What insurance brand would publish multiple examples of negative feedback from its customers to illustrate a point, or admit that “our underwriting was pretty shoddy in our early days”?

No others, we’d be guessing. Transparency and trust are so central to Lemonade’s DNA that they have a blog series called ‘Lemonade Transparency Review’ that talks openly about the performance of the business, ways they’re improving and goals they haven’t hit, as well as ones they have. They discuss restructures and staffing and the internal KPIs of their claims team. As a customer reading this, it’s easy to see how you’d feel like you’re part of the Lemonade community. Go team.

What insurance brand would publish multiple examples of negative feedback from its customers to illustrate a point?

Lemonade is incorporated as a Public Benefit Corporation and the business is also a “certified B Corporation” which means it meets “the highest standards of verified social and environmental performance, public transparency, and legal accountability to balance profit and purpose.”

At the core of this social good mission is their Giveback scheme. When you join Lemonade, you choose a non-profit from Lemonade’s list. Then you and everyone else who’s chosen the same non-profit form a community of peers. Lemonade takes a flat 20% fee of all your premiums. In each community, claims are then paid out from the remainder of the premiums paid by the group. If there are underwriting profits still in the community pot at the end of June, they go to the chosen cause.

As of October 2017, Lemonade has limited the amount they’ll pay out for the damage or theft of firearms to $2,500, and they have more plans for adding protection around firearms, like excluding assault rifles altogether.

As they say, “We’re under no illusion that our industry, let alone our company, can solve gun violence. But being unable to change much doesn’t give us license to change nothing.”

Acknowledging from the get-go that insurers use painful claims processes to discourage claims, Lemonade pride themselves on instant claims, with a mostly-digital process. When you experience a loss, you can upload a video of yourself talking and showing your damages via the app. Users can elect to receive claim payments directly to their debit cards.

Not content with re-writing the rules of claims processing, they also re-wrote the traditional 40+ page insurance policy document because “it wasn’t written with human customers in mind” – and instead created an open source “collaborative” policy.

All of this customer centricity is reflected in Lemonade’s Net Promoter Score. To give you some context, the highest NPS score any US insurer gets is around 20. Lemonade has an NPS rating of 70.

Lemonade takes one day on average to process claims. 19% of support requests are handled by a bot from start to finish, with the ones it can’t handle sent to the claims team.

One member tweeted that she’d “Paid for renters insurance in 3 min, with my thumb. Receipt with gif. @Lemonade_Inc onboarding flow = pure magic and pure millennial.” When another customer had his claim handled in 3 seconds, Lemonade announced that they set a new world record.

The fact they have renowned behavioral economist Dan Ariely on staff is an indication of how seriously they’ve considered behavioural economics in their model.

The way they see it is: the old-school insurance model is based on an adversarial relationship with the interests of the insurance company as opposed to its clients’ interests. Providers seek to minimise payouts to their clients to maximise profits for shareholders. This creates an incentive to deny claims.

Because Lemonade take a flat fee and any leftover money from each community goes to their prescribed cause, Lemonade’s mostly millennial customers know that if they make fraudulent claims, the money is taken from their chosen charity, not from Lemonade. Which encourages the best in human nature, not the worst.

And because Lemonade doesn’t get paid any more if they deny more claims, there’s no incentive for them to make the claims process difficult.

It’s a clever long-term strategy. For Lemonade, renters’ and owners’ insurance is no doubt just the first step in a long-term relationship with millennials as their insurance needs become more complex.