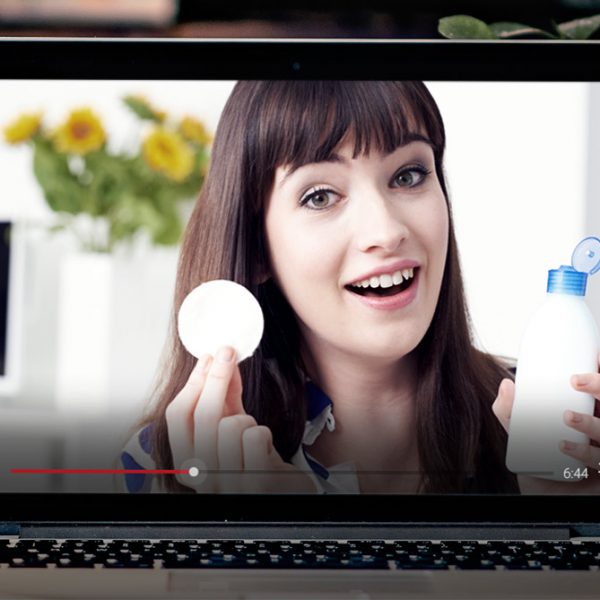 Maker Studios: Behind the curtain at the world’s largest video influencer network

In 2009, four friends were making video content in a backyard. Now, they are the largest broadcast entity in the world. Where do you go from there? Onwards and upwards, apparently.

“It was weird because we started this thing in a backyard and we had no idea of the scale or magnitude of where things would be,” Maker co-founder Kassem Gharaibeh, said of the company’s humble origins. “We were just a bunch of friends hanging out, making videos,” adds Shay Carl, who now also has his own clothing and accessories line.

“Originally, the idea was that we were all content creators and that if we could just come together and share audience and build and infrastructure, we could scale and build a company,” chimes fellow-founder, Ben Donovan.

The merry band, which also consisted of Lisa Donovan, Danny Zappin, Scott Katz, Shay Carl, and Philip DeFranco, knew they were onto something when they joined forces in 2009 to launch their first YouTube channel, The Station, and nabbed 100,000 subscribers in 48-hours.

In March 2014, Disney spotted that multi-channel network (MCN) was mainlining directly in to the heartland of the much-coveted Millennial audience, and bought Maker Studios for US$500 million – with another $450 million in the offing if certain targets and parameters were met.

Now, they are considered the world’s largest video influencer network. The company has content partnerships with more than 60,000 independent creators from all over the world, and generates up to 10 billion monthly video views across 55,000 channels.

And as an influencer, Maker’s power and reach is indisputable. An April 2015 Marvel campaign, in which 300 Maker-YouTube stars shared which Avenger they would most like to be, generated 100 million impressions in 24 hours.

On the Maker payroll you will also find will.i.am, Robert Kirkman, author of The Walking Dead graphic novel, and actor, director and auteur, James Franco

Maker’s most successful channel belongs to the Swedish gamer Felix Kjellberg, better known to his millions of followers as PewDiePie, who is contracted to Maker’s sub-vertical, Polaris. The 26-year-old has amassed a staggering 47, 894, 427 followers on YouTube and reportedly earned $7.4 million in 2014. Not bad for a college drop out with a bad haircut.

While Mr Pie dominates Maker’s Gaming pillar, there are three others Life & Style, Family, and Entertainment. The content for the thousands of channels that sits under these categories is churned out in a full-service production house in the heart of Los Angeles, and includes everything from comedy and cooking, to cartoons, music, talk shows and fashion short-form video. For starters. On the Maker payroll you will also find will.i.am, Robert Kirkman, author of The Walking Dead graphic novel, and actor, director and auteur, James Franco.

Just as viewers have drifted from traditional network programming and cable to subscription streaming services such as Netflix and Hulu, the next big migration wave is already underway – towards online video. Maker’s success is in no small part due to their lower production costs than traditional TV and movies – and their ability to draw much bigger audiences. Add to this the fact Millennials in particular have gravitated away from the box and towards online video in droves. For example, the final season of CBS’ The Good Wife drew around 10.9 million viewers while Maker’s top 24 episodes of Epic Rap Battles have more than 30 million views each.

While the company began life with the semi-altruistic vision of simply connecting audiences with content, Maker is increasingly generating revenue through original content creation for brands through Maker Offers, which by April, 2015, had earned $25 million.

The company also has another vertical, Maker Select, a product launched in partnership with web video analytics firm OpenSlate that enables advertisers to purchase ad space on Maker’s 55,000 YouTube channels, as well as any other YouTube channels.

According to Maker executive producer, Kevin Sabbe, the influx of millions of Disney dollars also resulted in the launch of the Maker Studios Spark initiative where network creators pitch ideas to the Maker development team, then work with Maker professionals to create premium pilots across their vast MCN. They also launched the DisneyXD talent incubator where, “Maker provides seed funding to creators for a proof-of-concept video that may ultimately be turned into a television show. These types of high-level, creator-first initiatives would not have been possible before Maker Studios became part of The Walt Disney Company,” Sabbe told ScriptMag.com.

So what does this bode for the future? It means that it’s not lonely at the top. Big Frame, and Fullscreen having stepped up as Maker’s biggest competitors, while DreamWorks Animation have bought the YouTube channel AwesomenessTV for $33 million plus $117 million in incentives.

“The shift in media consumption is already happening,” says Fullscreen CEO George Strompolos told Wired.com. “Cable subscriptions are dropping and young people are spending more of their time consuming content online. There is an entirely new generation of content creators emerging on platforms like YouTube, and they are attracting massive, highly engaged audiences. The audience is moving online at light speed.”

Strategy
Why influencer marketing is more relevant than ever
NEWSLETTER
Get on the list
Subscribe to receive the latest content marketing news and insights straight to your inbox.