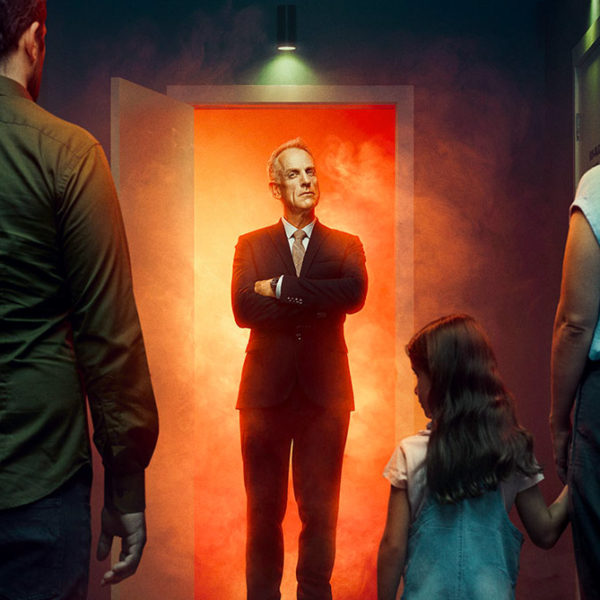 With the final Hayne royal commission report recommending sweeping bans on mortgage broker commissions, the industry has fought back with an advertising and content campaign called Your Broker Behind You. Realising that consumers aren’t likely to sympathise with the plight of mortgage brokers, the focus is on how much more consumers will be paying for home loans.

Launching on 7 Feb 2019, the six-week Your Broker Behind You campaign aims to “remind Australians what a world without brokers would look like”. Promotional materials explain how proposed policy changes would reduce competition, choice and access to credit in home lending, while delivering a windfall for major banks.

The campaign aims to remind Australians what a world without brokers would look like.

Driven by the Mortgage & Finance Association of Australia (MFAA) and a coalition of industry partners, the multi-channel campaign has been funded by 15 aggregators, brokers and lenders.

The first component of Your Broker Behind You is a public relations piece, telling the story through earned media in the lead up to, and after the royal commission announcement. In a media release distributed on 7 Feb, MFAA CEO Mike Felton talks of how the royal commission was set up to protect Australians from big bank power, ”but has simply entrenched it further.”

“How mortgage brokers can be front and centre of the recommendations is inexplicable to me,” Felton says. “A massive new bank fee added to the cost of buying a home cannot be a good outcome for Australians.”

The second component is a major media spend including television, newspapers, radio, billboards and digital advertising. In the 30-second television spot labelled ‘Don’t Kill Competition’, a couple with a small child approaches a door marked ‘High interest rate lender’. When they open it, a devilish figure in a suit stands waiting against a fiery backdrop.

The final piece is a call for people to support the industry by going online and signing a petition, or by entering their postcode and sending a letter to their MP.

Kyal and Kara Demmrich from The Block are key talent within the digital content.

As part of its PR push, the campaign released some dramatic stats. A broker earns on average $86,417 before tax, according to Deloitte Access Economics research – not quite a banker’s salary.

Many brokers are small business owners. The average broker has 14 years’ experience. Yet 58% of Australian consumers who intend to use a mortgage broker in future would be unwilling to pay a broker fee of any nature and only 3.5% of consumers would be willing to pay a fee of $2,000 or more, according to independent research released in January 2019.

But Your Broker Behind You is not a sob story about brokers. Though research showed 94% of people are pleased with their broker, there wasn’t a huge amount of sympathy for brokers, unlike say, farmers. Consumers weren’t interested in helping brokers maintain the sustainability of their industry.

As a result, the campaign’s approach is to appeal to people by pointing out brokers’ systemic importance to the economy and to competition in the home lending market.

The campaign’s approach is to appeal to people by pointing out brokers’ systemic importance to the economy and to competition in the home lending market.

Campaign assets have been supplied to 13,500 broker businesses and aggregators like Connective, AFG and Loan Market to share with customers, stakeholders and friends, using their own social media channels to call for support. For most consumers, the story will come from a broker they already know and have a relationship with. And initial response is positive.

Within days of the campaign’s launch, thousands of letters had been sent to MPs through the ‘Email your politician’ button on the website; senders were evenly split between brokers and consumers. The thinking is this grassroots-style distribution will earn more trust.