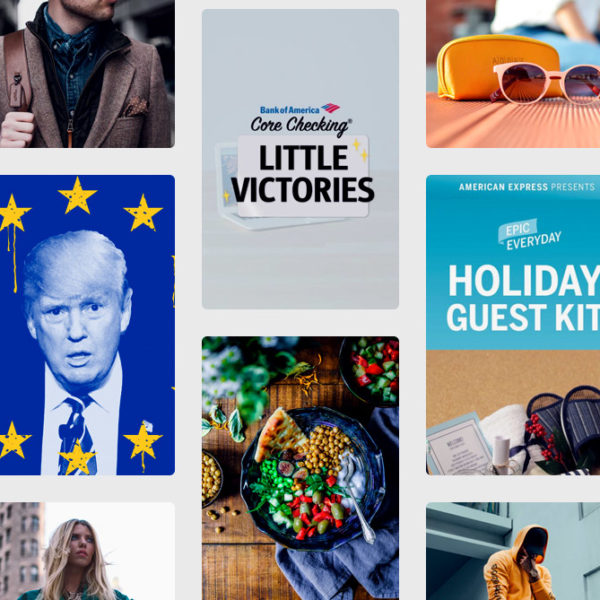 Pinterest has never had that much clout when it comes to businesses, especially not ones in the finance domain. Thought of more as the playing ground for travel pics, wedding inspiration, and recipe ideas – businesses are only now starting to recognise the power of Pinterest as a strong marketing tool.

In fact, Pinterest has now become one of the internet’s most influential shopping platforms used by over one million businesses, with Millward Brown Digital finding two-thirds of all pins represent brands and products.

Those that are doing it well have found it to become a compelling part of their marketing strategy, with big-name companies such as Bank of America and American Express, and finance publication, Business Insider all attracting an accumulated monthly viewership of over 25.5 million.

Often thought of as a social media platform and thus grouped this way, Pinterest is, in fact, more like a visual search engine. In an interview with Business Insider, Pinterest co-founder and chief product officer, Evan Sharp explained: “People thought of us as a social network, but that was really a misunderstanding. It’s our fault for not being clear. We think of Pinterest much more as a search engine.”

People thought of us as a social network, but that was really a misunderstanding. We think of Pinterest much more as a search engine.

The fact Pinterest is more search than social is an appealing prospect for finance brands, as unlike with other social media networks, companies are not being punished for not having entered the market early.

You don’t need a huge social media following to get eyeballs on content, for example, the three companies mentioned above with a 25.5 million viewership? Between them, they have a follower count of 92.9K – a significantly lower number than the multi-million readership it attracts. Think of Pinterest as more like SEO than social reach.

How does a business get started?

Once a company has set up a business account on Pinterest (you will just need to enter details such as your username, email, and information about your business), it’s a good idea to then apply for Rich Article Pins. Rich Pins provide more information on each of your individual pins such as showing the headline, author and story description of your article.

What should our business be pinning?

Basically, any image that appears on your company website has the potential of being ‘pinned’ to your Pinterest account. Five images in the one article? Why not pin them all – that gives you 5x the opportunity of capturing readers. While Pinterest does prefer images to be vertical at a ratio of 2:3, it doesn’t stop you from pinning horizontal images – just be sure to include some vertical pins in the mix.

What are competitors pinning?

With educational content performing well on Pinterest, Bank of America have used their account to provide an online resource for financial tips and inspiration. Boards include financial advice on topics such as ’Matters of Love’, ‘Job Prep’, ‘Small Business Basics’, ‘Money Management 101’, and ‘Low-Cost Summer Fun for Kids’.

For American Express, their Pinterest account is used to “serve people on their journey”, with content including pins related to travel inspiration, DIYs, everyday life hacks and style tips. For Business Insider, most of their recent pins fall under their “Graphics Insider” board and include original graphics by the publication including charts and graphs, maps, and infographics.

We’ve seen a few hyped up launches of new social media platforms of late, but Pinterest is not new and neither is it overhyped. In fact, the results show it is becoming even more relevant for businesses the longer it is in existence. With scheduling tools such as Tailwind and Buffer allowing businesses to easily schedule pins, Pinterest is vastly proving itself to be an unassumed asset when it comes to finance brands and their marketing tactics.

Strategy
Why the imagery you use is king
Social media
12 benefits for finance brands being on LinkedIn
Social media
Should your finance brand be on Twitter?
NEWSLETTER
Get on the list
Subscribe to receive the latest content marketing news and insights straight to your inbox.