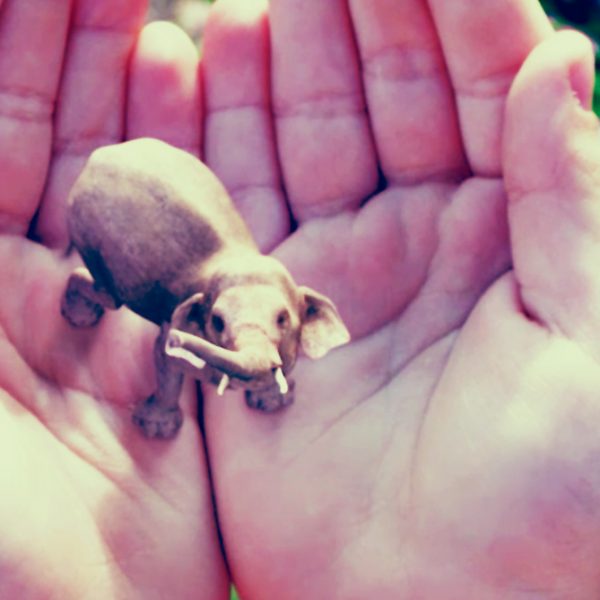 Not everything happens quickly online. Back in 1996 when my brother Andrew and I started what is now The Dubs, we worked with a pioneer of virtual reality – Scott Fisher – to create an online 3D virtual environment of part of Japanese town called Koga.

With the passage of time I can’t for the life of me remember why we did this or who commissioned it but I was enthralled by the possibilities Scott discussed for virtual reality or VR, as it’s commonly called.

For those of you wondering who Scott Fisher is, he was the guy who created VR for NASA.

You can see what we created for Koga and while it looks totally crap by today’s standards back at the time we thought it was the start of something big.

It wasn’t though, obviously. It was simply too soon. Online technology and bandwidth were either too clunky or hadn’t been developed yet.

I donned the headset thinking it’d be alright but gimmicky. More fool me – quite simply, it was totally amazing!

So I forgot about VR until 2012 when a mob called Oculus came along with their Rift immersive 360° environment technology. Oculus was born from a $2.4 million Kickstarter campaign.

Even then I didn’t take any notice of it until Mark Zuckerberg had Facebook shell out $2billion to buy Oculus in 2014. At the time he said he bought Oculus because he wanted to ride the virtual wave that would come after the frenzy around mobile devices (happening now) dies down.

But it wasn’t Oculus that woke me up to its potential. It was during a trip to the local shopping centre with my family, when I put on Samsung’s Gear VR headset (which is powered by Oculus software), that I got it.

I donned the headset thinking it’d be alright but gimmicky. More fool me – quite simply, it was totally amazing! I was flying across the arctic, savannahs and city landscapes in full cinematic quality but in a rich 360° degree immersive environment.

It’s so good that what your eyes are experiencing completely fools your brain into thinking you are there and you genuinely feel physical sensations (that aren’t actually happening), involuntarily moving to things that are happening around you. Hence why some people experience motion sickness when they wear it!

Immersive environments are almost impossible to describe unless you have actually put one of these headsets on. However, I found this quaint YouTube clip which shows some “elders’” first time reactions to Oculus.

Not to be outdone, Sony is quoted as saying it’ll ship its Morpheus VR headsets to consumers in 2016 as Oculus likewise plans to do.

Microsoft is also getting in on the game with its HoloLens headset technology, which looks like it will wrap hologram imagery into our real world environment. They are calling it augmented reality (AR).

Another more cryptic start-up backed by Google called Magic Leap also appears to be following the Microsoft augmented reality path, although until they fully show their hand we won’t know for sure. But a video released in March 2015 clearly shows some of its AR sexiness.

Now, if you’re a marketer reading this you may think this is well over the horizon but remember these headsets will hit the market next year, with substantial product launch budgets to make sure they land in Christmas stockings far and wide.

But also take a look at a lo-fi approach Google is taking with its Cardboard product. It’s a headset literally made out of cardboard. You fold it together and stuff in an Android powered mobile and voila – insta VR 🙂

You can order Cardboard for about ten bucks, so why not do it and jump into the Google Play app store to get a very early taste of what’s to come.

I could try and crystal ball this but I think it’d feel like Jules Verne predicting the future. Maybe entertaining but it’s the stuff of science fiction.

But needless to say, I can see that websites will leave the confines of 2D screens and become fully immersive and interactive 3D experiences. That’s gonna be fun!

Clunky video conferencing becomes a different world if your geographically-spread colleagues are virtually in the room with you. Airlines may not like the impact on business travel though.

Virtual tourism could become a new field in its own right, or at least a precursor for any traveller looking to explore a new destination before arrival. Google Expeditions gives us a taste of this now.

And I can see the real estate, medical and automotive industries will dive onto this. Volvo has already dabbled with VR for test drives.