Our latest report delves into what Australian life insurance companies are doing on social media who’s doing it well – and who’s not doing it at all.

The research is based only on organisations whose main focus is insurance. We did not examine providers such as financial institutions.

The silence is deafening

The most significant observation to emerge from the findings is that, with the exception of the top four, there is very little social activity from Australian life insurers. Metlife, Ozicare, Clearview, Noble Oak and Guardian, for example, have either little or no social presence. Backstage, it would seem a lack of content strategy might be a key driver for the low social presence. If there’s no content working in the background, it’s difficult to find content for social.

As with our most recent report Top 10 Australian Health Insurers on Social Media, Facebook remains the dominant space in which to play, with Twitter largely serving as a mirror for this primary source. Asteron Life is the only company with an Instagram account.

TAL
TAL’s win is largely due to the fact they not only have a content strategy for their Slice of Life blog but also appear to have a strong social strategy, working in tandem. Both are anchored around the brand tagline of This Australian Life. If an official social strategy is not in place, TAL at least have a savvy and creative social team running the show. The content stream is comprised of emotive messaging accompanied by high quality imagery. Posts that speak directly about product are present but well-spaced, so they sneak nicely under the radar – but they also don’t generate nearly the same engagement as rest of the more casual conversation.

For example, Lawn bowls: Take Your Shoes Off, We’ve Got a Dress Code Here, received 460 reactions, and The Hardest Thing About Growing Up? It’s no Longer Acceptable to have Fairy Bread at your Birthday Party. Or is it…?, 961 reactions, while product posts such as Top Money Mistakes for Millennials to Avoid only had 40 reactions), and 6 Things to Consider When Buying a House, 79.

Where TAL’s engagement skyrockets is with video. Their made-for-social series, Overheard in Australia features drone footage of seven uniquely Australian scenarios: fishermen from St Helens, Tasmania, (145k views); Ardlethan’s farmer Jim and his young son, who’s off to boarding school (143k views); and a mum-to-be from inner city Potts Point in Sydney (90k views). Not surprisingly, their well-crafted Insuring This Australian Life ad, featuring an instrumental version of Sia’s ‘Chandelier’ and using only street-cast talent, had high engagement with 392,489 on YouTube alone, and a further 187k on Facebook.

TAL are also on the front foot in terms of customer feedback and respond to every interaction, positive or negative.

(For full disclosure, TAL is a client of The Dubs)

Zurich
Compared to TAL’s 5,881k page likes, Zurich has a whopping 442,326k. On what grounds isn’t quite clear, as the content is a little lacklustre and disconnected. Yet it works – sometimes. The video Do you Ever Wonder What’s Happening in Kids’ Minds? You Might Find Their Answers are Surprisingly Universal received 429,470 views (huge amplification budget maybe?). But that’s a standout example. For the most part, content is around severe weather, car insurance, company charity endeavours and staff events, and generates low engagement of less than 20 reactions. Zurich also has the most Twitter followers, at 3017.

Asteron Life
With a modest 4,276 likes, Asteron Life are slowly but surely making progress. A post promoting Roy Morgan research that ranked the company at #1 for customer satisfaction among the largest risk and life insurers in Australia only prompted seven likes. A case study video, however, from their emotive PerspectLive series, featuring a customer whose world was turned upside down after a car accident, was watched 282 times. There’s also a health and wellness component, which is topical and interesting – Regular Exercise: It’s Easier than You Think, and The Wheel of Balance. The stories haven’t reached more than a handful of people but it’s a step in the right direction.

InsuranceLine
Insurance Line is also taking baby steps. Did You Know 1 In 5 Australians Wouldn’t Be Able To Find $500 In An Emergency? 9 Surprising Stats About Life Insurance may not have connected with a huge audience, but it is a nice financial literacy idea. Insurance Line also peppers content with occasional inspirational posts such as: Leave the Serious stuff for Mum and Dad; 2.6k reactions and a tidy 188 shares. 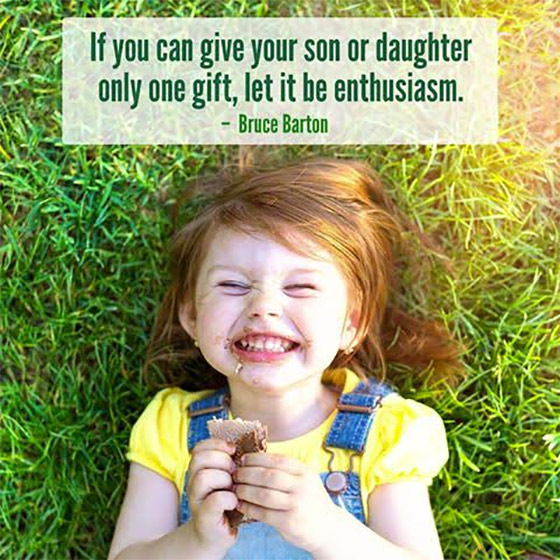 In a repeat performance of the findings from our Health Insurance Report, cats are still winning the internet. One of Insurance Line’s most successful posts, boasting 3k reactions, is, “All you need is love… and a cat.”

AIA Vitality
With a respectable 10,960 page likes, AIA Vitality is no slouch on Facebook. While not garnering high engagement, the content is good. However, it’s posted randomly and rarely so no personality or familiarity is able to ferment. Content is a mix of health and fitness, including mental health, and product. Infographics are a regular feature, such as How Australians Deal with Stress, (taken from the AIA Australia Healthy Living Index). It only received 15 likes but is useful and interesting.

Only Guardian and OziCare are completely absent from LinkedIn. Most content follows similar themes. TAL has the most followers, at 9,388, with content coming across from Slice of Life, and also focussing on staff and CSR activity. A cancer/trauma insurance case study links straight to the TAL adviser centre, and peak engagement ranks at around 90 likes.

Zurich’s LinkedIn page is presented well, in a fully branded space with extensive company details, and 8,899 followers. Content is largely internally focussed on staff appointments and economic updates, and engagement is low, peaking at around 20 likes.

Asteron Life focusses on the push towards the PerspectLives series. MetLife is the only company that’s taken a different approach, aiming content squarely at employers whom they would like to attract to their book. There’s also a significant amount of content promoting the company’s commitment to diversity. A Martin Luther King Day post clocked up 265 likes, while 5 Employee Benefit Trends for 2017 also did reasonably well with 169 likes.

Stand out YouTube content comes from TAL . On top of the previously mentioned Overheard… series, video is a mix of help content such as Why Life Insurance is so Important for the Self-Employed. There’s also a lot of information about what it’s like to work at TAL, and a leftfield entry, What Movie Character Would TAL Be? Anything from Mulan, to Napoleon Dynamite, apparently.

Both Insurance Line and AIA’s YouTube channels are case study/testimonial/product hubs, while Zurich’s key pillar is industry and economic news.

The majority of Australian life insurers are missing opportunities to connect with customers on social media. There also seems to be an overall lack of creativity in how to talk to people about the delicate subject of life insurance, which is a product people usually only reach for on the worst day of their lives. The solution? A fully-evolved social and content strategy that has a sensitive, relatable and engaging way of making the product less depressing and over the horizon, and more useful and supportive.