We take a deep dive into which of the big health insurers has mastered the matter of social media.

Then we looked at factors such as editorial quality; whether or not there appears to be an overarching social media strategy or more of a scattershot approach, and also if companies employ crisis management via responsiveness to angry customer comments – of which there seem to be plenty.

While younger demographics are famously abandoning – or perhaps have never even used – Facebook, it remains the primary channel for health insurers, with YouTube, Twitter and LinkedIn receiving far less focus. Twitter is largely a secondary platform for sharing the content that already appears on Facebook and company blogs/homepages. LinkedIn content tends to focus on personal stories from customer service teams, staff updates, showcasing employee achievements, and company initiatives such as partnerships and staff development opportunities.

BUPA and Medibank have the strongest Facebook content, using the platform to drive traffic to their content marketing blogs, the Blue Room and Be magazine respectively. Content pillars revolve around prevention-oriented health and wellness articles, recipes (which receive low engagement across the board), discount offers and competitions – also a poor performer. Bupa’s offer for 50 per cent off sunglasses received just 12 shares – without being privy to click through rates, however, it’s impossible to gauge a truly accurate picture – so perhaps the offer was more successful than its social currency ratings would indicate. One of Bupa’s most popular articles was ‘The Within the Keep Project (helping tween girls better understand and value each other)’ which clocked up 2.9k views. In general, Bupa’s more emotive content works best for the brand, for example, How to Help a Friend Through Cancer at Christmas.

HBF’s Facebook approach revolves predominantly around promoting their real world Wellness Wagon experiential marketing initiative, which offers discounts with partners such as Athletes Foot. Where HBF are making strides is in getting in front of member criticism – a video claiming, We’re there through life’s little dramas too! – clocked up 112k views – and also opened up a barrage of criticism from a member who claims the health insurer doesn’t honour their coverage. Customer service was instantly responsive, suggesting the person use Messenger to have the issue investigated and resolved.

Meanwhile, over at HCF, a less clearly defined strategy still appears to be working, with funny dogs and cats still winning (Don’t Let Your Dog Lick Your Face video, 89k views). Which is not to say that prevention oriented posts such as a breast care video aren’t popular, receiving 93k views and 195 shares.

Articles that drive traffic back to HCF’s health and wellness hub are also working: ‘45 Minutes of Dancing Burns Roughly 284 Calories, So Why Not Make Friday Night a Workout Night?’, 121k views, 314 reactions, and Resistance Bands are a Great Way to get Ripped Without Hitting the Gym (136k views).

NIB’s social media approach takes a sharp left turn from its competitors, focusing largely on humour and celebrities, which may not seem a logical strategy but it’s one which works and does better than general health and wellness posts for the brand. Mom asks the Internet to Open her Cupboard – Here are the Responses scored 658 reactions and 118 shares, while ‘Adele Announces her First Ever Australian Tour Dates’ received 2.2k reactions and 251 shares. ‘Spotlight on Men’s Health’, meanwhile, racked up a meagre 10 reactions. 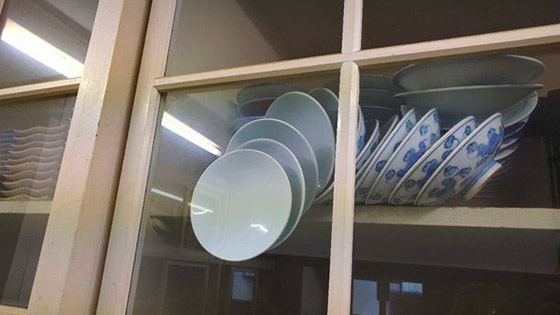 While Bupa leads with editorial consistency, number of likes and shares, Medibank gains extra ground with its strong video content

HIF proudly promotes it’s five industry-acclaimed Canstar awards with another five-star rating in both Hospital and Extras packages for Outstanding value. People aren’t really engaging with the post but it’s a good plug. Where HIF does score well with engagement is with content from the main blog generated by high profile health and wellness figures including nutritionist Susie Burrell, and Dr Tim Sharp, aka Dr Happy. Speaking of Dr Happy, HIF is one of the few health insurers tackling the issues around mental health head on. While the others tend to avoid it like the plague, a high percentage of HIF’s content is around this controversial issue. (Bupa does cover employee workplace mental health on its LinkedIn page). That said, mental health content does not do as well as the 50,867 views for the video featuring cute doggies as the stars of the company’s video, Health Cover for Humans.

AHM, ranked at number nine, has an original approach to content. Their video, ‘It’s not you, it’s me…no that’s a lie. It is you. But don’t worry, break ups don’t need to be bad!’ Received only 262 reactions but also offered viewers the chance to share their own break up horror stories. The company also uses social as a help tool, offering useful information about how to easily download tax statements online. They’ve also enlisted cricketer Brett Lee for health tips but it’s not working as well as Susie Burrell and Dr Happy for HIF.

AHM also doesn’t seem to have a pro-active social team in place to deal with this modern day complaints department. There is an angry emoticon on a long string of posts from a disgruntled customer, who is clearly trolling the company in lieu of getting the answers he wants or needs. And no assistance appears to be forthcoming.

Lesser known health insurer, FRANK, also goes for humour and entertainment. ‘Rumour has it Jerry Maguire writers borrowed the catch phrase ‘show me the money’ from a health insurance customer who wanted more back on extras’ #showmethemoney #jerrymaguire #20yearanniversary’, received 54 Likes. Then there’s ‘If you’re excited that it’s the 20th anniversary of Spice Girls ‘Wannabe’ be careful of slamming your body down and winding it all around (unless you have hospital cover) #spicegirls #wannabe #20yearanniversary #zigazigAh’ – The engagement results aren’t anything to get excited about but these posts do better than content such as, ‘When you hear there’s only 6 weeks til Christmas do you go present shopping or make plans to use all your extras limits before the end of the year? #whatwouldfrankdo.’ with just six reactions. Frank offer no health and lifestyle advice.

YouTube proves strong on the originality front with each insurer making the most of video opportunities to create health and wellness content using varying budgets and strategies.

Medibank’s channel includes customer stories about why they feel the product is important, snapshots of family life (the things that are worth protecting), health and fitness tips from Michelle Bridges, and a series of how-to videos for runners, office workers the inflexible.

Bupa’s videos range from 15 seconds to seven minutes long with two minutes around average, on topics such as ‘What does healthy mean to your family? ‘Making a difference to your family’s health’ and ‘Caring for our Greats: Matt Moran and his Dad’. Pet care videos funnelling back to pet insurance are, not surprisingly, incredibly popular.

AHM too goes for the helpful angle, with snackable 10 second clips of useful tips such as ‘Quick fix to high heel hurt’, and ‘Sitting around could be the worst thing you’ve done all day’.

To our mind, HIF is the winner, for investing in its cute but informative Health Cover for Humans videos in which cute dogs discuss why their humans have, or need to get, health cover.

Key takeaways: Health and wellness content is king especially if it comes from a high profile expert. Recipes look great but generally fail to connect – and the same goes for discounts and competitions. And cats and dogs are still winning the internet, regardless of the source.