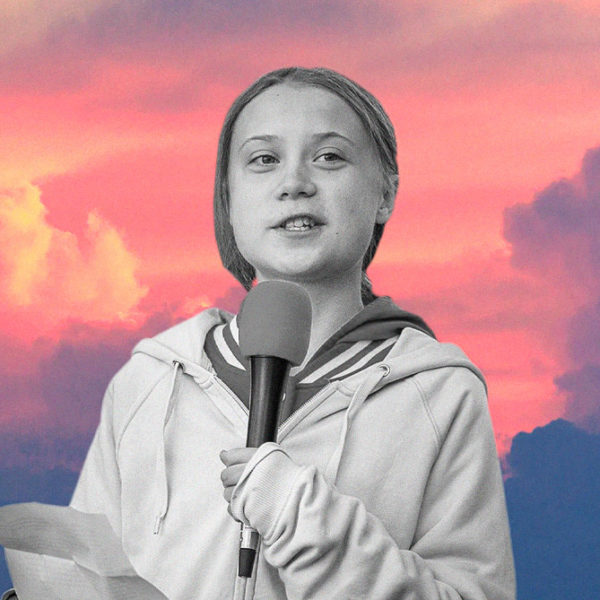 Should asset managers take a stance on climate change?

With the world’s largest asset manager BlackRock announcing plans to place climate considerations at the centre of its investment approach, we look at whether asset managers, and all finance brands for that matter, should take a position on climate change and the risks/rewards that follow.

The “Greta effect” is real

Globally we are seeing a massive shift in consumer expectations and sentiment around climate change, with widespread support for activists such as Greta Thunberg and Extinction Rebellion. US Investors poured $20.6 billion into sustainable funds in 2019, “nearly four times the previous annual record for net flows set in 2018”, according to Morningstar.

Meanwhile, a coalition of shareholders is targeting four of the world’s biggest fund houses – BlackRock, Vanguard, JPMorgan and T Rowe Price, filing resolutions that call for them to review their voting policies on climate change issues. Australian environmental scientist Mark McVeigh is suing his super fund, REST, for failing to inform investors about how climate-related risks might affect companies that the fund invests in, and how the fund is managing those risks.

Tennis star and Credit Suisse brand ambassador Roger Federer has been slammed on social media for his relationship with the bank. The story went global when Greta Thunberg retweeted a social media post from environmental group 350.org Europe:

Since 2016, @CreditSuisse has provided $57 BILLION to companies looking for new fossil fuel deposits… @RogerFederer do you endorse this?

When sporting heroes like Federer are on the receiving end of protester fury, you know the tide has turned.

For some years BlackRock has been under scrutiny for its voting practices and heavy investments in coal. In May 2019 protesters standing outside Blackrock’s annual shareholder meeting held up signs that read: “BlackRock: Taking your money – investing in climate chaos” and “BlackRock is the biggest driver of climate destruction on the planet”.

In the same month, an activist coalition also released research on their ‘BlackRock’s Big Problem’ website showing that ETF funds BlackRock describes as “sustainable” actually fail to screen out companies most responsible for climate change.

In his 2018 letter to CEOs, BlackRock CEO Larry Fink had already stressed the importance of companies serving a social purpose. His January 2020 letter to CEOs went a step further, announcing that, “Climate change has become a defining factor in companies’ long-term prospects… I believe we are on the edge of a fundamental reshaping of finance.”

On the one hand, Fink has been praised as “the new conscience of Wall Street”. On the other, critics have pointed out that while BlackRock has committed to selling out of all companies that get more than 25% of sales from thermal coal, “the revenue threshold means that large, diversified miners – which also rank among the largest coal producers – won’t be affected”.

Should asset managers, or finance brands in general, take a stand?

There’s an argument that financial leaders shouldn’t take a stand at all, based on their personal views. As the New York Times reports, Warren Buffett, the chairman of Berkshire Hathaway, says no. “I don’t believe in imposing my political opinions on the activities of our businesses,” Buffet said in 2018.

And Blackrock’s 2020 announcement has shown that if you’re going to stick your head above the parapet and pitch yourself as a company with an environmental purpose, you better be prepared for a load of public scrutiny; backlash even.

If you’re going to stick your head above the parapet and pitch yourself as a company with an environmental purpose, you better be prepared for a load of public scrutiny; backlash even.

Yet, we’re now in an era when customers place increasing importance on leaders acting like good corporate citizens; on companies living up to their ESG (environmental, social and governance) responsibilities. In that sense, there’s a strong case for a CEO taking a public stand for the greater good.

In the end, it’s about risk

The Intergovernmental Panel on Climate Change (IPCC) predicts that the world will likely warm up by more than 2°C if carbon pollution continues on its current path.

A 2015 study from the Economist Intelligence Unit (EIU) estimates that losses in global total stock of manageable assets at risk due to climate change could range from $4.2tn to $43tn between now and the year 2100, depending on the extent of global warming.

In Australia, the total economic cost of natural disasters alone will reach $39 billion per year by 2050, according to Deloitte Access Economics.

“Assets can be directly damaged by floods, droughts and severe storms, but portfolios can also be harmed indirectly, through weaker growth and lower asset returns,” says the EIU study. Climate change is a problem of extreme risk, for businesses and those who invest in them.

So when an asset manager takes a stand in relation to climate change, ultimately they’re taking a stand for the value of their portfolios. They’re honouring their responsibility to clients to avoid risky companies and the major losses that may arise in the future.

Mark McVeigh’s legal representative, environmental lawyer David Barnden, reinforces the view that the issue is not an environmental one, it’s about protecting people’s money. “REST invests in long-term assets such as infrastructure and this can be impacted by climate change and sea level rise.’

Investment strategies and content: what asset managers can do

Asset managers can also make climate change action a content pillar, and use their content and social media channels to tell their own climate-change leadership story. With environmental concerns increasingly top of mind for younger investors, in particular, asset managers need to meet these demands with relevant products and investment strategies; and their content needs to address that audience appetite as well.