Spaceship is a superannuation company whose mission is to help young people build wealth. They do this by investing in technology, or in their words, by investing where the world is going. Just some of the companies they currently invest in include tech giants like Netflix, Google, Facebook and Apple.

As a relatively new entrant to the superannuation industry, Spaceship has impressed observers with its ability to amass a large audience cheaply through clever marketing. With millennials being Spaceship’s target audience, one of the biggest challenges they face is actually getting young people to engage with their finances.

So what’s their strategy to achieve this weighty task? We spoke to Jessica Sier, head of content at Spaceship, about how they captivate their audience through a clever approach to content.

Tell us a little about how Spaceship works and how content supports this?

Financial language is deliberately murky, difficult to grasp and sometimes straight-up boring. My content job at Spaceship is to translate all this financial jargon into plain-speak and pep it up using the news cycle and compelling stories from around the world.

We’ve got a superannuation offering, which is kind of like a compulsory investment portfolio, and it’s important that people understand what we’re doing with it. Some sections of the population have been profiting off the sharemarket for years and other sections are missing out because they don’t fully understand it.

I figure, if a dope like me can understand investing and get their head around the jargon, lots of other people can too.

What’s your content strategy and what was involved in mapping it out?

I’ve been given a pretty long leash to just go out there, build an audience and get people talking. So firstly, I reached out to our existing customers and asked them what they want to know and how they might like it delivered.

It was brilliant – hundreds of Spaceship members called from all over the country (and some on the other side of the world). For two weeks I had back-to-back phone calls and it was really fun and enlightening. I got to know people’s motivations, their feelings about money and the stuff they were interested in. (Shout out to the crypto fanatics, the Harry Potter fans and the guy who’s aunt ran a hostel I stayed at in Lebanon).

I realised if we treated our members like regular readers then we could serve them something new and helpful, and build up a weird and wonderful mob who would give us feedback and ultimately tell their friends about us.

After two weeks, I made a plan that revolved around a newsletter. It’s immediate, intimate, cheap to produce, and the tone could stay friendly, real and uniquely Australian. The subject matter varies from “did you know this weird thing that’s going on at Reddit?” to our view around a company like Netflix or Baidu. People seem to dig it so far.

We also provide loads of helpful information about different share options, themes and investment ideas on our new Voyager app, which gives you access to the global sharemarket.

I reached out to our existing customers and asked them what they want to know and how they might like it delivered.

What sort of things would prompt you to change and iterate your approach to content?

And the other thing is, people are generally smart. While we try and be straight talking, we’re not dumbing anything down. So we can explore some complex and broad ideas.

How do you manage to captivate audiences considering super can be regarded as a dry topic?

Pique their interest with a novel idea. My background is in journalism, so we leverage the news a lot of the time.

There are some great fintech products popping up in the market too; it’s like everyone has woken up from a financial stupor and asked, “hey, why are all the dudes in suits running things?”

People are already trying to get a handle on their money; they are actively looking for high-quality information, so we think it’s important to have it ready for them.

What advice would you give to financial brands who want to make sure their content is impactful?

Treat your reader with respect. You can be clear without being patronising. You can be honest without being brutal. There’s a weird barrier that exists around finance. Respect that it can be a touchy subject, but that money can be an empowering tool.

Go out into your community and find the stories people want to read about. Don’t put “content” out for no reason – there’s already enough noise on the internet. Find your organisation’s voice and give yourself some time to build some credibility with your stories.

How do you think your approach sets you apart from other super companies?

It’s not hard to set yourself apart from existing superannuation in Australia – the bar is pretty low. I doubt people even hear from their super fund unless it’s tax time. We see it as a compulsory investment portfolio, so it’s worth taking an interest in what you’re exposed to.

Most funds are invested in ancient resource companies and banks that are inching higher every year. As a young person, you have time to ride out some economic cycles and get more bang for your buck. So, if you think Amazon is going to evaporate in the next few years, maybe don’t invest with us. If you think Bezos has got the right idea, maybe think about it.

We recognise that people are absorbing expertly produced content all day, every day, so if you put something out there that’s waffle or disingenuous, they’ll see through it in a heartbeat. 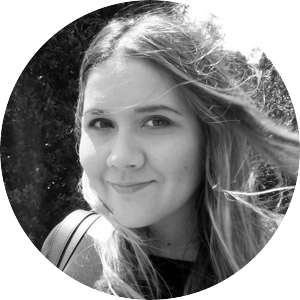 Samantha Thorne
Samantha is a Sydney based content marketer and content strategist with a BA in Linguistics and MA in Publishing. Her fierce curiosity, creativity and passion for learning have landed her work with some of Australia’s biggest tech companies. She’s also a serious traveler, cook, and side-hustler - no two days are ever the same.
You might also like