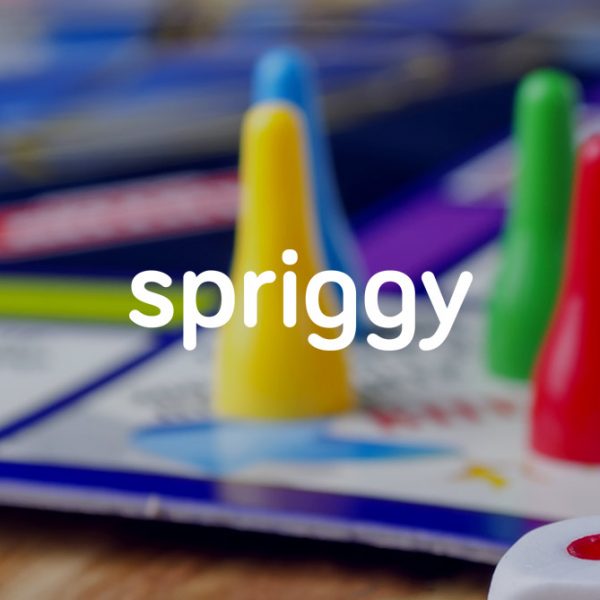 Spriggy: breaking the cycle of financial illiteracy in Australia

While co-founders Mario Hasanakos and Alex Badran didn’t initially set out to create an app that teaches kids about money, their background in banking made it painfully clear that to tackle the entrenched financial illiteracy of millennials, something needed to be done earlier.

As of August 2017, Spriggy had a user base of 80,000 parents and children and funding of almost $3 million. We spoke to Mario Hasanakos about his motivations for launching Spriggy, how they’re competing in the fintech space and their broader quest to break the cycle of financial illiteracy.

How does Spriggy work and what is its purpose?

Spriggy is an app that helps parents teach kids eight to 17 about money, with real-world practice. Parents pay pocket money digitally to their kids by linking any debit card or bank account to the app, and then kids can use a pre-paid card to spend or stay within the app.

Parents can view their child’s transactions in real time, lock and unlock the card and allocate specific savings goals to accounts, which means funds can’t be used until the child reaches the goal.

We wanted to build a tool that helps parents give kids the responsibility to make their own spending and savings decisions from a young age. But we wanted to build it in a way that’s safe and supervised. Our cards are prepaid only, but they do use Visa, so you’re able to spend online which is really critical. We find that 58% of transactions from our kids are actually online – in app stores, games stores, and online retail stores, and that’s just a sign of the times. We live in an era where a lot of what kids want to buy, and what they need to learn to resist, is online.

We wanted to build a tool that helps parents give kids the responsibility to make their own spending and savings decisions from a young age.

What are some of the most concerning statistics about financial literacy in Australia?

The Australian Psychological Society does a survey every year on the sources of stress and anxiety amongst Australians, and the number one stress for the last five years in a row is financial issues. And it doesn’t have to be that way.

We’ve talked to a lot of financially successful people over the journey – not just people who’ve made a lot of money but people who don’t carry a lot of stress and anxiety about money – and we’ve learnt first-hand that how much you have doesn’t necessarily correlate to how much stress you feel. It’s when you have healthy habits and you understand that money is an enabler for the things that you really want to do in life, that money isn’t such a scary thing.

There’s a world of pocket money apps out there that help keep track of things on paper, but nothing that really works with real money in Australia. And no-one does it as young as eight. You can get an eftpos card at a younger age but there’s no way to pay online.

Also, there’s no app or service out there that lets kids have their own login to a mobile device and be able to work towards goals and make their own choices about where they put their money. I think a really critical element of healthy financial behaviour is learning delayed gratification.

You and your co-founder Alex don’t have kids – what inspired you to create this kind of app?

Alex and I both came from a background in banking; it’s a very exciting and interesting job but then at the same time, a little purposeless. It sat uncomfortably with Alex and I that so much of the profit of the institutions we worked for came at the expense of people who really didn’t understand the financial product they were buying.

When we first started we were looking at millennials, and while people liked what we were suggesting, they would much prefer to just ignore money.

To change behaviours you have to start a lot younger and that’s what prompted us to look at behavioural financial education for kids because you have a really interested stakeholder, which is the parent; and you have a much more open-mind as a child and haven’t yet formed firm habits.

It sat uncomfortably with both Alex and I that so much of the profit of the institutions we worked for came at the expense of people who really didn’t understand the financial product they were buying.

We’ve spent a lot of 2017 building an alternative to a bank account, handling real money for families on a daily basis, making sure we got that right. Unless you do that stuff flawlessly you’re never going to hold enough attention to do the really fun education stuff. So now there’s a great opportunity to get back to more of the educationally-oriented stuff that we always dreamed about building: peer group comparisons and the ability to set particular tasks for your kids to earn money.

We talk about where we’ll take Spriggy in the long run, longer than 10 years – I would love if by the time we’re done there was no reason to have Spriggy.

If we can help today’s parents raise generations of Australians who don’t have the same fears and anxieties about money and break the cycle of illiteracy, you would hope that there’s not nearly as much need for our product as there is today.

Strategy
Traditional banks vs Fintechs: who does Gen Z trust more?
NEWSLETTER
Get on the list
Subscribe to receive the latest content marketing news and insights straight to your inbox.