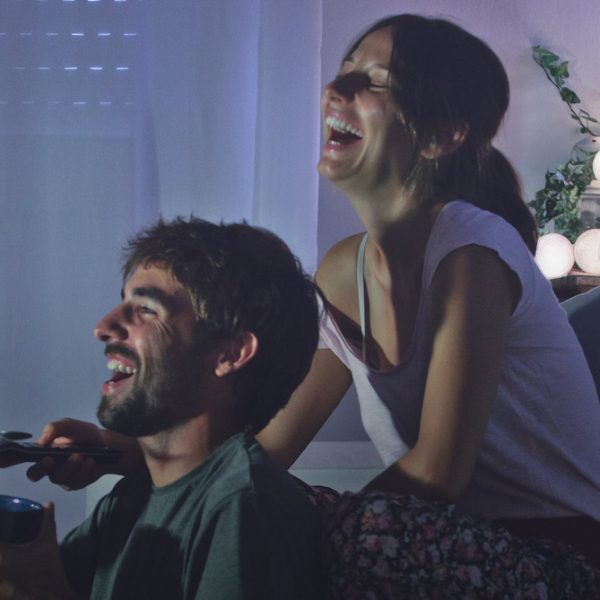 Digital lore has long-dictated that shorter is better. But this is increasingly not the case. We take a look at the backlash against brevity and the rise of serialised content, which is finally discovering what TV has always known.

In the age of binge watching, it makes sense to keep your loyal readers/viewers coming back for more – and content is catching on to what weight loss and self-help programs have known all along with their 12- Week Body Challenges and 6 Weeks to a Better You!

A series can create a repository of thought leadership, learnings and knowledge that solves problems and is inspiring. Serialised content also provides an opportunity to more fully flesh out ideas by breaking them down a complex, over-arching concept into smaller working parts. Further, it can build a more solid readership through consistently returning visitors, hungry for the next instalment. Regardless of format, episodic content also provides brands with the opportunity to connect with audiences on a deeper level that is not usually afforded with a scattershot collection of blog posts or video. It also, ideally, drives people to other content on your site via internal links.
Having to create content on a regular basis keeps the creative juices flowing – and also keeps the research and learnings in-house to builds on company IP.
This type of lengthier editorial process creates value through a more comprehensive educational experience, which in turn can lead to an increase in sales.

1. Decide how many instalments you are going to run – six to 12 weeks is considered ideal.
2. Make sure your subject matter has enough moving parts that you can dissect it into multiple releases – or you will end up repeating yourself and lose credibility. A good way of determining this is to write the headline for each instalment before you start.
3. Choose topics that breach a knowledge or content gap in your industry, or that focus on new technology or trends.  How to.. series are a great way to solve problems and make the experience useful to the reader.
4. Pick a subject to which you can add value. If it’s something that’s been done to death – make sure you can breathe new life into it.
5. Choose your format. The easiest, most cost effective way is to simply craft a collection of related blog posts. But, if you have the time, budget and resources, you can use video, infographics, webinars, or podcasts.
6. Make sure your first week’s content explains what the series is, what solutions and value it offers and also teases the content to come.
7. Ensure your posts are roughly the same length each week, so your visitors know roughly how much time they need to devote to consuming the content. Again, consistency is key.
8. In your final instalment, offer concrete solutions, and tie everything together in a way that makes the reader feel as though their time investment was worth it.

Xero: The Gary and Rod Show
Format: Podcast
Audience: Business people interested in tech trends
Featuring the voice talents of Xero founder and CEO Rod Drury and UK founder Gary Turner, this pair of devoted tech junkies analyse and debate emerging trends in technology, with a particular focus on how they might impact the business world in the near or distant future. Sounds dry? It’s not. The pair have a great rapport and keep it light and bright.

BankWest:In Good Company
Format: Video episodes
Audience: SMEs
The series features stories from real-life small business owners talking about how they’ve built their success. Of course, BankWest plays a supporting role in the drama as the only bank that understands how difficult it is for SMEs to procure finance. The high-production-value videos are actively supported by a TV campaign featuring comedy legend John Cleese.

Domain: Avalon Now
Format: Video
Audience: Home buyers
Domain has benefited hugely from cheekily watermarking this clever mockumentary series from Creative Creatures Film Festival filmmakers’ Bruce Walters and Felix Williamson, which brilliantly lampoons the First World Problems of life on Sydney’s affluent Northern Beaches. It’s not known as the Insular Peninsula for nothing! Domain has since had to admit it didn’t commission the series but that hasn’t stopped them from benefiting from in excess of the 2.2 million views the series has racked up..

Three Birds Renovations
Format: Video episodes
Audience: Home renovators/buyers
Three Birds TV features home renovation and decoration tips from three former-footballers’ wives who quit their corporate careers for better work/life balance.  Each episode shows them invading a renovator’s dream and turning it into a dream home. Aside from teaching people how to flip houses, the trio is on a mission to ‘inspire and empower women to pursue their passion for renovating and build a life they love. At the end of the day we want, to help women feel happier, especially in their homes.’

Hiscox: Leap Year
Format: Video episodes
Audience: Budding entrepreneurs and small business owners
The small business insurer bills their glossy series as a “big series about small business.” It’s a well-crafted comedy about five colleagues who lose their day jobs and band together pursue the modern dream – running a start-up! The supporting content that surrounds the series is structured around help and education with the gentle comedy serving as the hook that lures people in. Think a branded version of Halt and Catch Fire, Silicon Valley or The IT Crowd.

Serialised Content: A Timeline
1600s: Moveable type becomes more popular and literacy improves across Europe.
1836: Charles Dickens’ The Pickwick Papers is serialised.
1845: Alexandre Dumas releases The Count of Monte Cristo serialised in 139 installments.
1850: Harper’s periodical is founded and serialises content from celebrated writers including Henry James.
1851: Harriet Beecher Stowe’s Uncle Tom’s Cabin serialised in 40 weeks in The National Era.
1857: The Atlantic is founded and features serials from prolific writers such as Henry James, Edith Wharton and Herman Melville.
1937: Proctor and Gamble, and Colgate Palmolive implement a revolutionary tactic of using serialised radio dramas to sell products – soap in particular. The Guiding Light debuts, switching to TV in 1952 and airing until 2009.
1984: Rolling Stone publishes Tom Wolfe’s era-defining Bonfire of the Vanities in 27 parts.
1998: FanFiction.net launches enabling amateur wordsmiths to take the central concept of a popular book or film and write their own story based on the same characters and setting.
2011-2016: HBO’s TV-adaptation of fantasy author George RR Martin’s Game of Thrones becomes one of the most popular examples of serial content in history.