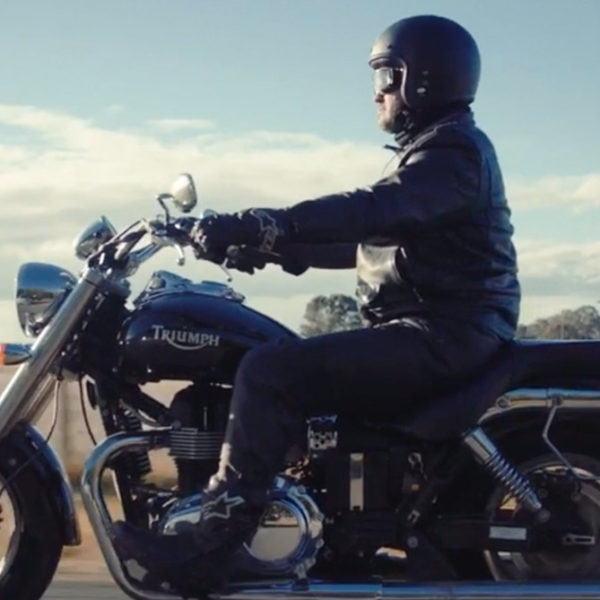 “Storytelling, which has been effective for so long, is now dead,” Mastercard CMO Raja Rajamanner told Marketing Week in 2017, striking fear into the hearts of content marketers all over the world. Storytelling? Dead? What does that even mean?

“As the world becomes more experiential, every person alive today is a natural story maker … We need to align stars for our customers and help them create their own,” he continued. Thanks to this approach, Mastercard has attracted more than 16 million Facebook followers. And it’s not the only finance brand tapping into the power of story making.

In 2017, Swann Insurance, an Australian provider of motorcycle insurance needed to make a splash. Having led the market for 50 years, the company was facing hot competition from major insurers offering lower premiums and a general decline in trust.

Enter story making. More specifically, Swann gave riders a new and compelling reason to get on their bikes. In remote spots at the end of scenic motorcycle routes, the company set up Inconvenience Stores, stocked with branded groceries. Suddenly, the mundane task of fetching bread and milk transformed into an adventure – and one forged by the customers themselves.

Suddenly, the mundane task of fetching bread and milk transformed into an adventure – and one forged by the customers themselves.

Promoted via social media and TV ads, the campaign made a huge impact. Swann experienced a 284% boost in social engagement and a 23% increase in insurance policies, according to Marketing Mag.

Monzo: story making while you save (UK)

Story making is at the heart of Monzo, an app-based bank founded in the UK in 2015. Customers have played an active role in its development from the get-go. The bank encourages all to join the Monzo community to help “build the bank you’ve always dreamed of”, and take part in a 40,000-strong forum which published more than 14,000 posts in May 2019. In addition, in February 2016, a record-breaking crowd-funding campaign raised £1 million in just 96 seconds.

Key to Monzo’s social media strategy is saving as a form of story making. For example, the Summer Savings Challenge invites customers to save £2 every time the temperature exceeds 20°C. And the 1p Savings Challenge dares them to save 1p the first day, then double it every day for a year. All savers can join the Monzo Savings Squad, a Facebook group with more than 3,000 members, where stories made become stories shared.

In 2014, TD Bank, the seventh-biggest bank in the US by deposits got in well before Rajamanner’s bombshell – with its #MakeTodayMatter campaign. Via social media, TD asked customers what they would do with $30,000 and 24 hours to make a difference in their community. Thousands and thousands of people submitted ideas.

TD selected just 24 customers in 24 cities and gave each $30,000 to make a story. One built a ramp for a neighbour in a wheelchair who hadn’t been able to leave her house without help for four years. Another hosted a gala ball for girls from a foster home in Philadelphia. And another invested in equipment for a local youth football team.

TD Bank captured these made stories in an emotive YouTube video, which attracted more than five million views and inspired over 5,000 new likes of TD’s Facebook page.

If you’ve been putting a lot of energy and resources into telling stories, but not giving customers enough opportunities to make stories of their own, it could be time to revamp your strategy. What could you do to start “aligning stars” for you customers?

Strategy
How to improve brand awareness for asset managers

Strategy
4 ways finance brands can get Gen Z on side

Strategy
Why asset managers need to put females first
NEWSLETTER
Get on the list
Subscribe to receive the latest content marketing news and insights straight to your inbox.