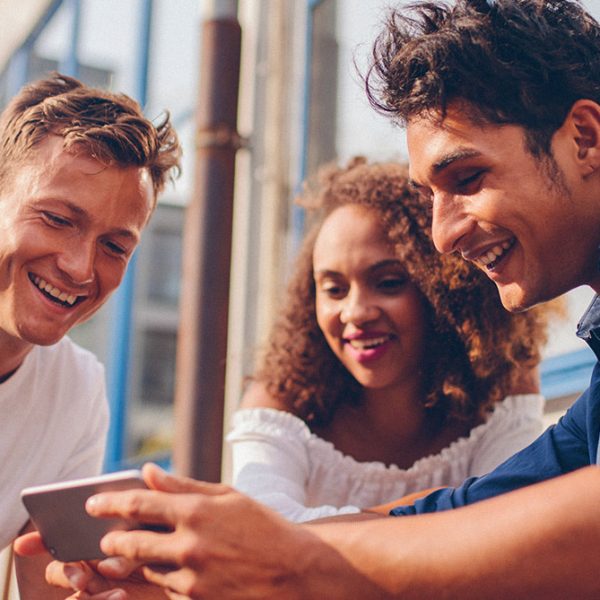 How super brands are using tech to get customers to care

Since 2010, the number of people in Australia aged 65 and over has increased by almost 20%. Yet, despite an aging population and an obvious need to prepare for the future, the superannuation sector in Australia has begun to stagnate over the past decade.

A recent survey of 800 Australians found that millennials, in particular, are highly disengaged when it comes to their super, highlighting a growing need for the industry to reshape the conversation they are having. To its credit, the super industry has tried different ways to connect with this younger target audience, from financial literacy initiatives to sophisticated online calculators, but it’s clear that more needs to be done to fully-capture the attention of the younger generation.

One of the brands helping to break new ground is Zuper, a start-up that is using other customer-focused industries as an example of how to drive the super sector forward. Getting people to think about their super, engage with it and become advocates for their super brand is a big ask, but Zuper – as well as brands like Spaceship – are making it work. We invited Jon Holloway, founder of Zuper, to answer a few questions.

What’s preventing Australians from engaging with their super?

“Superannuation is, fundamentally, a brilliant idea and the world looks to Australia to borrow the idea. The problems all stem from the way it has been executed. A very simple product has been made overly complex and has been completely bypassed by the digital revolution.

“When we set out to build a superannuation product we were astounded by how out-of-date super technology was, both in the underlying systems and the interfaces provided to members. It was like stepping back into the early 90’s, pre-internet days.

“The way superannuation is designed and executed today doesn’t fit the needs, lifestyles or dreams of a large portion of the Australian population. The life journey of getting a job, staying in the job for 20 years, getting married, buying a house, having kids and living out your life just doesn’t ring true anymore.”

The way superannuation is designed and executed today doesn’t fit the needs, lifestyles or dreams of a large portion of the Australian population.

Do you think the general frustration with the super industry can be reversed?

“A huge amount of damage has been done. Apathy is rife and the lack of confidence and education is astounding.

“If just 10% of Australians stood up and asked questions of their super company, spent some time learning about the power of their money, we would have a revolution on our hands that would change the world and the future of millions of Australians. Openness, honesty and a different conversation will help, and it will come from a combination of companies like ours and the Australian public.”

What can digital technology do to address mistrust and misconception around super?

“Technology isn’t a solution, it’s an enabler. Technology is key to a whole new mindset that exists in Australian people. We are a nation who are quick to adopt new technologies, take Uber, Deliveroo, Spotify and Netflix for example. We are used to digital experiences that are open and remove the mundane from our lives.

“Using Zuper as an example, technology has allowed us to do several key things:

Other industries have well and truly embraced the digital revolution. Why did super brands miss the boat?

“Did they miss it? Or did they intentionally miss it? That’s the question that needs to be answered. A lot of super technology is built on hugely complex, outdated platforms that are hard to change and expensive to
adapt. If you started again today, I would say 90% of them wouldn’t be built in the same way and in most cases, they are all the same. I would suggest that super companies are not customer or member centric. There is no need to change what isn’t broken, and if nobody complains or switches, then by all appearances it isn’t broken.

“But it is broken, and it needs to be fixed.”

What does Zuper do as a brand to tackle the lack of engagement with superannuation?

“It’s simple things like opening up data and bringing it all into real time, opening up fees and making it simple to understand what you are paying for, adding notifications when your super is paid etc. All the basic stuff that every super product should be providing in 2017.

“They key here is to start a new conversation – a conversation about wealth creation for a group of people who aren’t like their parents – and to do this through branding, events, content, education and simple interactions.”

Why should more super brands be relinquishing control to customers?

“If we go back to the idea that superannuation is actually quite a simple product, there is no reason why members can’t have more control over their super, after all, it’s their money.

“Our theory is that we are creating a platform to allow Australians to have a relationship with their money, we want to get out of the way. Through technology, content and clever interactions, most of our members can have the control they need to build a better today and thrive tomorrow.”

Are there any other finance brands that you admire when it comes to giving customers control?

“Macquarie are getting ahead of the curve and opening up customers data feeds, which is pretty cool, so you can have control over which other platforms you use.

“Acorns is probably the star, getting the masses to invest their spare change and bringing simple investing to a huge amount of people.

“But it really is still early days of the fintech revolution, a huge field of opportunity exists for the smart and agile.”

Related Article: Are Insurance And Super Apps The Future Of Finance

Strategy
Fintech partnerships: What finance brands need to know
NEWSLETTER
Get on the list
Subscribe to receive the latest content marketing news and insights straight to your inbox.