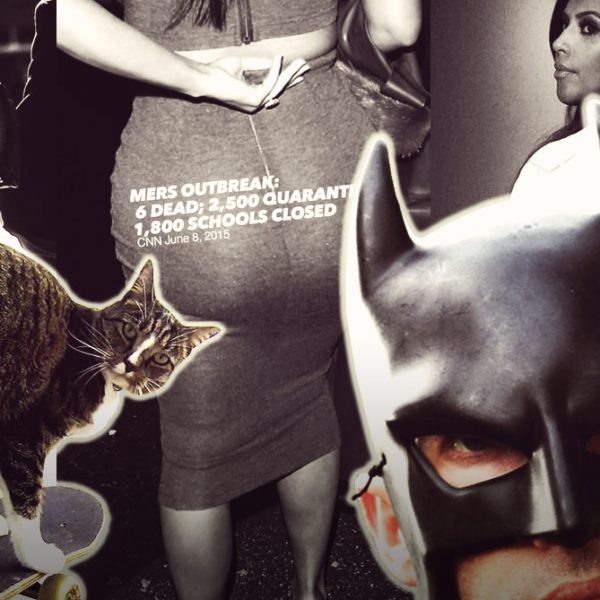 The internet is a wonderful place. A biosphere of grand possibilities used by millions of digi-punters consuming infinite memes and cat videos on the daily.

But among the haze of web vomit, Internet goldmines pop up every second, encouraging us to appreciate the greater things cyberspace has offered to humanity. Here’s a curated list of the best Internet ingenuities of 2015 (in no particular order).

Giving the Internet a legitimate excuse to perve on Kimmy K’s voluptuous behind, bigassnews.com cleverly uses the reality star’s most prized asset to make the public care about serious current affairs.

The site features prominent news headlines across Mrs Kardashian West’s booty, where users click through to the news stories that read behind, drawn from such respected sources as The New York Times, BBC and CNN.

The site reverses the value we put on celebrity news to make us care about the important issues affecting the world.

Perving for a purpose: genius. 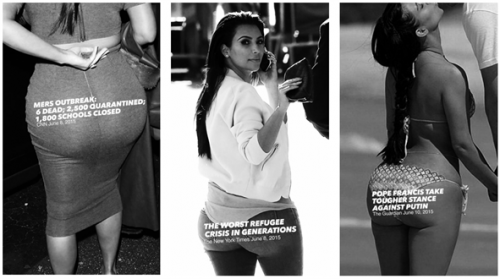 The online campaign, Bigger Issues, uses stark data to encourage people to talk less about the latest emoji trend and more on the alarming number of male suicides in the UK.

The sobering statistics play on society’s fixation with trivial fads over real life issues and effectively calls for people to take action and start tackling this growing issue. A great online initiative from Lynx and The Calm Zone in the UK. 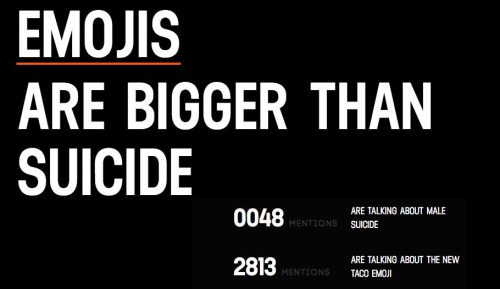 Woollies for the win

Woolworths have been receiving a heap of slack in the media lately, but their Facebook social services team deserve credit where credit is most certainly due.

When unsatisfied customer, Jamie McGloin, posted his account of a recent trip to the supermarket, he skilfully addressed his pasta problems to the Woollies Facebook page to the tune of a famous Eminem hit. 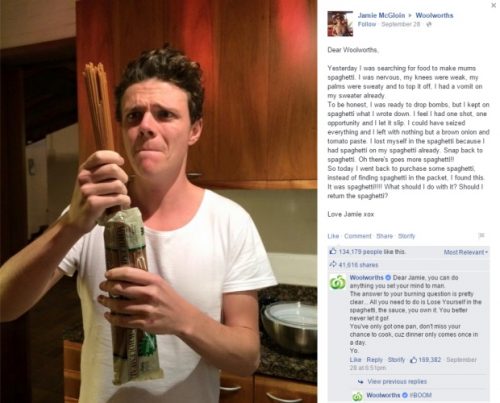 And transformed into Eminem’s greatest hits: 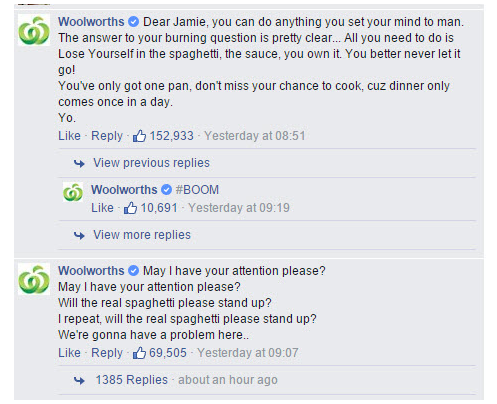 Racking up well over 100,000 Facebook likes and 100,000 shares all up, whoever was manning the Woollie’s account that day is a true Internet hero.

Even the aftermath was genius. 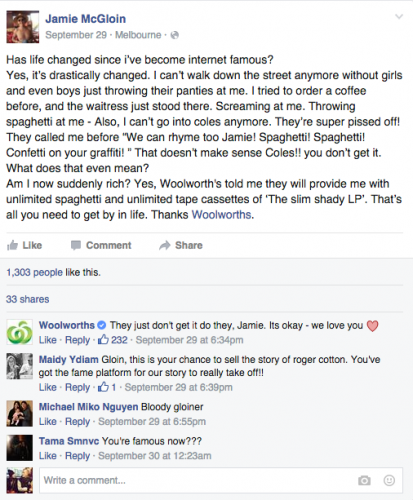 This is modern altruism with an ambiguous purpose, yet showcases the harnessing power of crowd funding. A subreddit called “MillionaireMakers” was created with the goal to make random digi-punters pretty darn rich by encouraging Reddit users to donate their Bitcoins, Google Wallet or Paypal cash, where a winner is then chosen at random to score the cash donated.

It goes like this. The draw opens and is live for 24 hours in which time users can leave a comment or direct reply to be eligible to enter. The forum emphasises that everyone has an equal chance of winning (nerds, see the method here). A winner is picked at random and then people are encouraged to donate a dollar (or up to $11,400 in one instant) to the lucky winner.

Neither a lottery nor a charity, this initiative is centred on the idea that ‘If 1 million people gave a dollar to someone, they could be a millionaire.’ 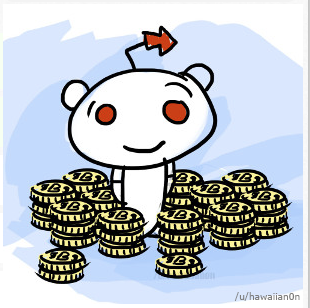 BatDad puts your dad to shame

This dad is every kid’s dream. Blake Wilson proves that saving the world in the name of kids’ entertainment is as easy as a 6-second Vine. Donning the Dark Knight’s disguise, the husky voiced BatDad makes hilarious videos while disciplining his abiding children. 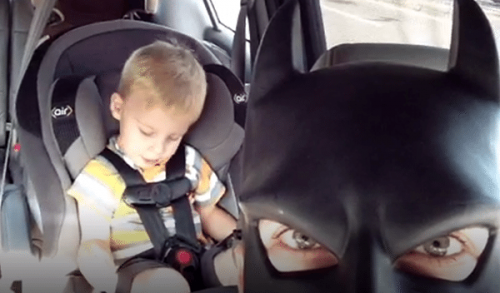 I really tried, but this article seemed incomplete without a cat mention. GoPro nail their marketing, but moreover they continue to prove that authentic user generated content is the perfect recipe for sharable and funny content.

It helps too that this cool cat is looking visibly blasé while skateboarding up and down the ramp like a pro. 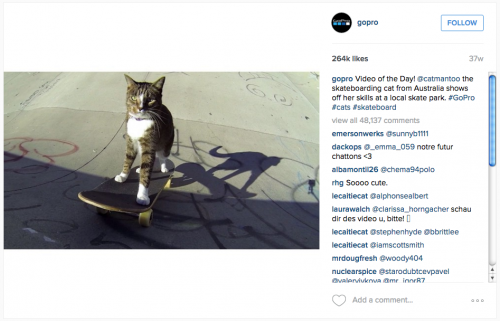 And lastly, a fitting yet sobering explanation as to why we really share everything we see online, according to Len Kendall.

Strategy
Why tech is essential to personalisation

Its like you read my mind! You seem to know so much about this, like you wrote the book in it or something. I think that you could do with a few pics to drive the message home a little bit, but instead of that, this is magnificent blog. An excellent read. I will definitely be back.|

Excellent article. Keep posting such kind of info on your site. Im really impressed by your blog.
NEWSLETTER
Get on the list
Subscribe to receive the latest content marketing news and insights straight to your inbox.