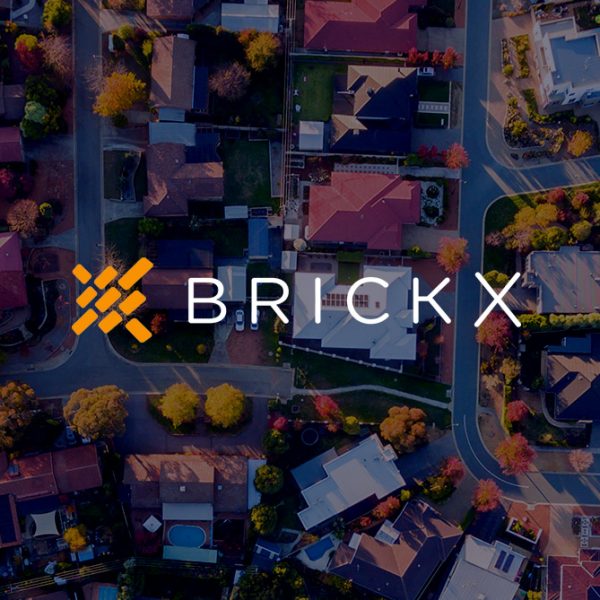 The BRICKX story: how the fintech is winning consumer trust

What a cracker of an idea: allowing people to buy a share of a specific property (or a “Brick”), rather than having to stump up a whole deposit. But as BRICKX have discovered, there is a “huge, huge” trust gap to get over – one they may have underestimated.

For the first three to four months of BRICKX’s life, there was definitely a lot of skepticism according to CEO Anthony Millet. “When you look on the face of it, we fall into the ‘seems-too-good-to-be-true’ category. It seems too easy when people compare how difficult it is to get into housing.”

Their model is deceptively simple. With advice from their property and investment teams, BRICKX acquires residential properties and divides each property into 10,000 “Bricks”.

Investors pick which property/s they like from the list, buy $100 or more worth of Bricks, and reap their share of monthly net rental income. There are also capital returns when they sell their Bricks, or when the property is sold (minus some fees).

But even the smartest models will meet with resistance. “No matter how good your product is, you have to break it down into what you’re asking someone to do,” Millet says. “You’re saying: hey we’re a new business, you’ve never heard of us before – why don’t you come and give us your money and in return we’ll give you an email receipt!”

No matter how good your product is, you have to break it down into what you’re asking someone to do.

Breaking it down is harder than it looks

While the BRICKX proposition needs to be easy enough for people to understand, it must also overcome consumer skepticism about it being too good to be true. And it must give enough detail to illustrate the complexity of the business model to give confidence to investors.

There’s another complication: their target market has no cap. It starts with 18-year-old students with $200 to spend, who’ve never invested in any financial product before, who are looking to be educated about financial products and the property market. At the other end, there are SMSF customers ready to invest $50,000, who are fully in the mindset of retirement and diversification.

Millet says this has led to the tailoring of messaging to different groups. “For parents saving on behalf of their kids for instance, there’s messaging about getting your kids into the market early and being able to build a housing deposit in line with the market; and then we’ve also got the opportunity for the savvy investor who may want to take a two- or three-year view on the specific property.”

Telling the BRICKX story is an “ever-evolving” process Millet says.

Bridging the gap with time – and good PR

Time will help bridge the confidence gap, Millet says. “The longer you’re around, the more that people are confident that you’ll continue to be around which is great.”

In the meantime, there’s earned media. One thing BRICKX realised very quickly was that other people talking about their business was a lot more powerful than BRICKX saying how wonderful they were. So they actively sought as much third-party endorsement as they could.

“To date we’ve been leveraging press and PR as a strong channel, with different publications given different messages relevant to their audience. We’re now looking at how we roll that out into more of a paid strategy, obviously targeting different people,” Millet says.

Winning industry-recognised awards has helped, in particular the CANSTAR Innovation Award, an honour that is usually bestowed on established businesses.
BRICKX also commissioned independent financial research from SQM Research, which earned them a “superior” fund rating with 4 out of 5 stars.

“All of these things lead to customers being confident that other people who are respected, and experts in the industry have analysed BRICKX and these are their findings – and that all helps hugely,” Millet says.

Engaging with your community

“The other thing that’s really helped is being a direct-to-consumer business,” Millet says. BRICKX is able to regularly engage with their community, learn from them, understand worries and concerns and fears, and then be able to address those fears.

As an example, quite early on the team recognised a strong consumer fear around the liquidity of the Bricks. Although BRICKX talked about the ability to put Bricks up for sale, people asked whether that was really going to work: they needed to be sure they could get their money out.

So BRICKX published live liquidity stats on the website and instantly that concern disappeared. “I think showing that you’re listening and taking into account product concerns, and acting on those – showing that willingness and doing something about it, does a lot for building trust and credibility,” says Millet.

Showing that you’re listening, taking into account product concerns, and acting on those does a lot for building trust and credibility.

How the competition is tackling trust

Looking at the wider financial services market, Millet sees a lot of players moving in the direction of customer lifecycle management – trying to talk to customers about what’s important to them at different points in their life-stages and also about financial wellbeing.

“It’s quite an idealistic approach,” Millet says. While the execution of the content they’re producing might be quite good, he thinks it’s struggling to engage customers because in the end, the products they’re offering aren’t actually best suited to customers.

“I think they’ve still got too much of a one-size-fits-all approach with products,” says Millet. “And that’s what’s creating the big opportunity in fintech right now.”