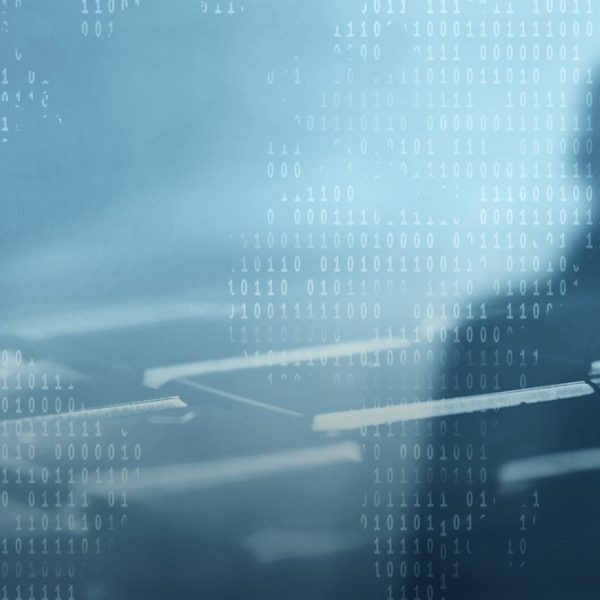 The Dark Web: What are They Doing in There?

Six hundred times more vast than the regular web, the dark web is best known as a haven for sinister activities, but does it have any legitimate business applications? Glenn Mitchell goes deep into the most nefarious regions of cyberspace to find out.

I’m sitting in a coffee shop in a foreign country, using a virtual private network, directly hitting complex URLs that are not only part of the deep web (unseen by search engines) but also unique to the dark web (accessible only via an anonymous web browser).

My actions are not only veiled, my trail burnt, and my identity hidden, but I’m also building this complex structure of deceit on the most rugged of foundations: the use of someone else’s ISP.

It’s not foolproof. Nothing is. Just ask Ross Ulbricht, the man behind the dark web’s illicit drug supermarket, Silk Road, who is now serving a life sentence. He was found after a simple Google search. So what hope do I have?

The paranoia is rising. I’m pretty sure the kid who just ordered a latte is a government agent. Actually, everybody in the room now looks like an NSA agent. The fashionable customers look a little too cool, and the unfashionable ones seem a little too bland. As I write this, a photographer just arrived to take promo shots of the cafe (I’m not making this up) and the only customer who appears to be in the frame of his lens is yours truly. Coincidence?

At this point I’d like to thank The Dubs for this gig. Worst case scenario is I’ll be wearing an orange jumpsuit by the end of the day; best case scenario is that even if I don’t get tracked down I still have to explain the largest medium in the world, in less than 1,000 words.

When I talk about the world’s largest medium, I’m not talking about the World Wide Web you’re familiar with. I’m referring to an entity that can’t even be measured, yet is estimated to be 600 times the size of what most of us consider to be the internet. Let that sink in for a moment. If you’re using a mainstream browser and finding content via a search engine, you have access to 1%.

Whether it’s hidden by technology, code or password encryption, the deep web resembles the more inaccessible depths of the ocean. It’s the place where you find wondrous and intriguing creatures. To find the majority of unindexed content, you don’t need any special technology; you just need to know specific URLs. You may also need to pass a club’s criteria to earn membership.

The more interesting characters who go deep without going dark are usually just a little sneaky (feel the need to bitch about your government?), naughty (fancy a little spanking?) or petty thieves (yep, more ways to dodge digital rights).

To find the Lovercraftian monsters that lurk in the shadows, you need to combine the deep web with the dark web. The most common anonymous browser is Tor, which has its own unique domain suffix (.onion). It’s the black-market playground where shoppers can buy drugs, executions, guns, snuff, fraudulent documents and slaves, usually purchased with crypto currencies like Bitcoin.

At its most positive (depending whose side you’re on) it can help a country overthrow a dictatorship (e.g., Arab Spring Uprising), but it’s also an ace place to coordinate your next terrorist attack. What fiendish villain could create such a debauched and insidious environment? Well, United States Naval Research Laboratory employees contributed to the technology, so it’s yet another ‘yay, we did it’ moment for the US government.

How many weeks does it take to construct your elaborately planned anonymity and find the secret buried treasures? Well, actually you can be up and running in a few minutes. Anyone can download Tor, and numerous ‘hidden wikis’ will provide a long list of sites illustrating how wonderful and terrible our species is. Just remember that as soon as you’re on Tor, you’re basically telling anyone who can observe your activity that you have a reason to browse secretly.

And they are watching. There’s no doubt about that. Evidence of the cat and mouse games played by users and those who hope to police them is easy to find among the 1% of internet pages I once called the web. If you really want to get your nerd on, Defcon is a good place to start, and you can be sure the world’s most secretive government agencies are big fans of hacking communities.

I’m always looking for ways to commercially exploit technology. I’m not in the market for a new gimp, so what legitimate use could I have for the dark web? Disappointingly, I couldn’t find the products I was after (portable hovercrafts, spacecraft or Japanese sex androids). Even Bitcoin currency exchange is increasingly legit. In fact, its blockchain technology could be the key to tracking stolen property rather than helping black-market goods change hands.

It’s the deep web where the commercial opportunities are. The term ‘knowledge is power’ has been with us since the 16th century, but data has become far more profitable since Facebook amassed its ridiculous repository of information. Of the trillions of pages you can’t find via a Google search, many are stacked with aggregated resources, keys to databases and in-depth semantic research.

The reaction to the existence of trillions of hidden pages was always going to be a new type of search engine: Shodan. Everything you wish couldn’t be searchable is uncovered by this terrier of an algorithm, which concentrates on devices rather than web pages. Exploited by top companies for marketing purposes, it will also convince you to never use a simple password. You certainly won’t be experimenting with Skype or Facetime sex after seeing the amount of accessible cams.

For anyone with an ounce of moral fibre, the rest of the dark web is a psychotic circus with dirty, sagging tents hiding atrocity exhibitions. That may seem a little unfair to the large community of geeks that believe it’s the last bastion of uncensored content and free speech, but you don’t need to spend much time in the shadows to see that it’s yet another example of integrity exploited by human weakness.

As for the useful content within the deep web, the potential business opportunities are endless, especially if you’re seeking to profile your audience or customers. Where is the treasure buried and how far below the surface? Like any good treasure story, it will begin by finding a map. Roll up your sleeves and make sure you have a particularly large shovel.