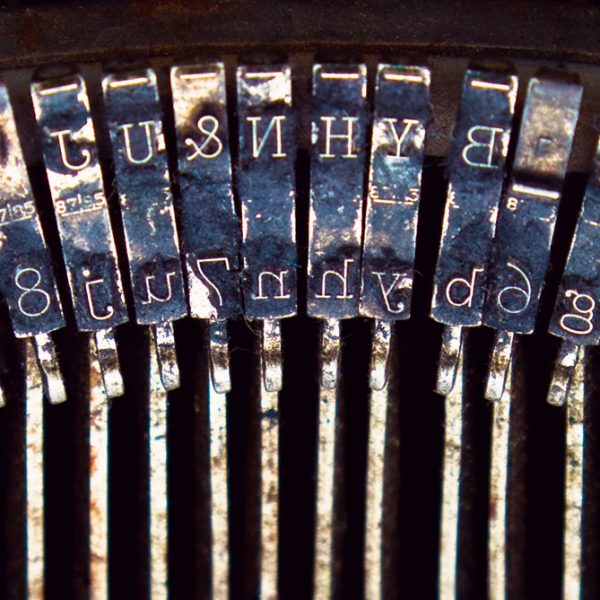 THE MEAN STREETS OF FREELANCE WRITING

The rapid rise of brand content marketing combined with the contraction of traditional news media outlets has shoved a lot of journalists into freelance writing. While many journalists lament shrinking newsrooms, you’d think this nostalgia would be offset by the wide spectrum of brands now needing their talents as writers for commissioned content.

Well, yes and no.

Yes, it’s true that brands are commissioning writers holus-bolus but for the freelance scribe now writing from their living room there’s a big discrepancy in what they can expect to be paid for their words.

A recent kerfuffle in my home country Australia highlighted this to me. A prominent news reader and journalist – Tracey Spicer – accused The Guardian of exploitation after it offered her $140 to write a 1,000-word branded content piece on women’s financial empowerment for ANZ Bank.

Tracey called out this “pauper’s pay” on her Twitter feed and on her Facebook page asking, “Who else is being asked to work for next to nothing in this brave new world of branded media?”

Unbelievable. I’ve been asked by a major media outlet, collaborating with the ANZ, to write a column for 14c a word. https://t.co/xxXIz5OVxF

The response was fast and furious with other known journalists and lesser known freelance writers rounding on The Guardian – with its client ANZ pulled into this debate by default. Popular local marketing blog Mumbrella picked up the story and the debate it generated.

The Guardian quickly responded that the 14c-per-word rate offered to Tracey was a mistake and ANZ’s group general manager of corporate communications Paul Edwards said “that’s not how @ANZ_AU wants to be working” and thought the bank should be paying between 80c-to-90c per word.

. @TraceySpicer let me look into this and who the agency is; that’s not how @ANZ_AU want to be working – our apologies.

Let’s accept The Guardian made a simple mistake but let’s return to that article in Mumbrella and look at its reader comments. There’s a chorus of writers bemoaning the cheap, cheap like a budgie freelance rates they cop – I was expecting that, but what I wasn’t expecting was comments saying it’s simple maths of supply and demand and if you can get a writer for 10c a word then why wouldn’t you because years of experience means nothing.

In particular I’ll call out a quote from one of those comments from “A Marketer”. They said “You want $1 a word for the article, the other writer wants $0.10 a word. We see no difference between the two writers, as far as achieving the goals go. Tell me, say, why should a business pay more? I just don’t get it.”

No “A Marketer”, you clearly don’t get it.

Part of the problem is there is no industry standard for writer pay rates or how they should be treated. But in lieu of that there’s always ethics. A fair day’s wages for a fair day’s work was a saying coined by the English labour movement in the early 1800s.

Intermittently, other industries get called out for unfair labour exploitation. The clothing and textiles industries get this from time-to-time, with certain brands unmasked for using “sweat shops” in Asia making their apparel cheaply under awful conditions.

Consumer response is rabid when these conditions are exposed and the brand undoubtedly suffers damage from this backlash as a result; and they fix their supply chain agreements as a result.

I’m not saying ANZ suffered consumer brand damage as a result of the mix up with Tracey Spicer but I’m sure Paul Edwards didn’t appreciate the issue on his desk at the time and would’ve preferred a proper freelance rate have been offered to Tracey upfront. It’s obvious he’s happy to pay it.

I also think part of the problem is that marketers now have access to freelance database websites where they can source content quickly at cheap rates.

To combat this a content marketing group called Contently compiled how writers were being paid and found it’s now more common in the digital world to be paid a flat fee for an article but that the median per word rate from the responses they gathered was between 76c and $1.

Contently’s freelance rate database shows whether listed publications pay flat fees or per word rates and what the rates are.

There’s a few other points I’d raise for a marketer who likes to work the supply and demand curve hard but basically it all comes down to caveat emptor or what is commonly known as let the buyer beware!

As a recovering journalist myself – I used to work for Rupert Murdoch’s  News Corp before starting The Dubs – I know the effort a good writer puts in and the value it provides.

Let’s explore a few of the benefits and pitfalls and then you can make up your own mind:

An experienced journalist with newsroom experience knows how to research and gather facts properly. By this, I mean they know how to ask the right questions to find the best angle and to record all of this information correctly.

Finding the best angle makes an article stand out from the crowd, because the skill is finding a new angle on a topic that’s likely been told a thousand times as they say. Making sure the fact checking is strong means you can stand by the story without worry.

Essentially anyone who’s been through school can write but it doesn’t make them a good writer. Part of a good writing style is taught in newsrooms and the other part is simply talent. Some people just know how to concisely pen a story but most others just don’t have that natural ability – and it shows. Is every word submitted a gem or gravel?

A journalist with years of experience in a particular speciality will know inside out what the audience wants – they are your best subject matter expert. It’s news sense. Again, this is partly learned and partly natural talent. A good journalist on the team is invaluable in working out article formats and topics when putting together your ongoing content calendar.

A good journalist will never miss a deadline. Ever. Nuff said.

If you pay beer money for your content don’t expect anyone qualified to take up the challenge or an experienced writer to put any effort in. There’s an endless bucket of people who now claim to be writers. Here’s a simple test; search for journalist in LinkedIn and you’ll find more than 380,000 people who claim this skill. More than 1.2 million say they’re a writer and if you widen that search to include content marketing you’ll find almost 2.4 million in that bracket.

My point is anyone can say they’re anything but it doesn’t make it true. And if they’re not what they say they are, they’re expensive at any value and their output will not be valued by your audience.

If they are a good writer and they’re prepared to cop a dud pay cheque, it means they’re financially stressed and you’re just adding to that. They have the same bills everyone has and so to make ends meet they’ll need to spend little time on your piece and repeat that for a bunch of others so they can get by. That’s not smart for your brand.

Someone who is not a trained journalist or writer will struggle to know how to research a topic and be articulate in how they present it. So the temptation is there to seek the answer in Google and plagiarise.

Everyone knows that plagiarism means copying and passing off someone else’s material as their own. But it’ll ultimately get you in trouble because you’ve published the information under your brand. And there’s more than one form of plagiarism. Are you across patch writing? More often than not it’s a failed attempt at paraphrasing but it’s wrong and it can get you in trouble.

The writer’s cheap but have you verified their experience? Putting together a good story requires you know how to structure the narrative, gather the facts and arrange them in the best order for most impact.

On the fact checking, have you ever queried the author on where or how they gathered the information or are you just taking it verbatim as being correct? If the former, great. If the latter, hope you have good lawyer as you can be sued for getting it wrong.

There’s two sides to this coin. If you hire bad writers you’ll get bad copy at best that will turn off your readers. That’s not good for your brand. At worst, you may end up in court and that’s not good for your brand or your career. On the other side, good writers are natural born communicators with a network. Treat them badly and it’ll be on the tom toms pretty quickly that your brand is to be avoided and it’ll make it hard to attract good writers to your banner.  None of this is good.