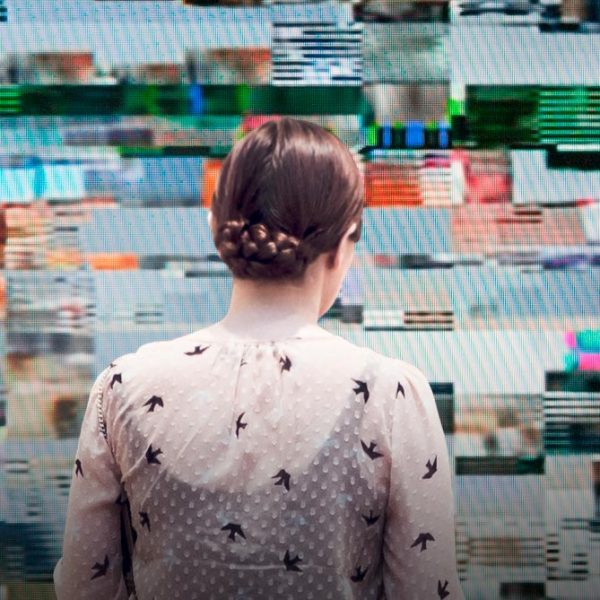 THE PURSUIT OF DIGITAL ART

//
According to Shia SHIA LaBeouf

Disenchanted by the amount of time I’ve spent on completely useless, mildly entertaining online content, I started to think our species might be devolving.

Realising I’ll never get that time back frightens me. I’ve done the surveys, visited the brazenly useless sites, and watched enough hallucinogenic gifs to accelerate the onset of dementia.

Thanks to surveys featuring some of the most uncomprehensive profiling possible, I knew (briefly) what my spirit animal was, the colour of my soul (I’ve forgotten that as well) and what dictator I would have been (Mussolini). I attempted to drum in perfect time with Ringo Star (I’m 89% Ringo), I slapped a man’s face with an eel, I stared at a white screen with the word ‘yes’ neatly displayed in a corner of the browser before realising the URL was asking ‘is this a website?’

There are examples of sites that make me incredibly disappointed in myself because I love them so much. I may have laughed for ten minutes after my first and last game of Find the Invisible Cow. If there’s an afterlife, I expect the saints to show the footage of me playing that game, shrug their shoulders and say, “Well it’s not like you were doing anything with your time.”

Similarly I can’t hate beesbeesbees.com because anyone who can transform a typically rabid Oprah Winfrey audience into victims of biblical catastrophe is probably a genius.

These are the modern versions of what the classic television generation expected from variety shows. They wanted tricks you see once and never need to see again. Whether you were spinning plates on the tips of poles or making music by rubbing the rims of milk bottles, you knew your performance was a one-time-only proposition for each member of the audience.

We’re in an age that will see another movement like Dada or Pop Art, and the browser will be its medium.

While writing off the glut of dead-end sites, I began to apply the same rules any medium gets: the choice to make craft or art. For every jingle there’s a concerto, for every hand-painted shop sign there’s a masterpiece in the Louvre, and now for every entertaining time-vampire like zombo.com there’s the hypnotic muchbetterthanthis.com.

The interesting advantage of this medium is that due to interactivity it feels more real than viewing a painting. It’s closer to an installation. Even a mind-bending animation that is display-only somehow has another dimension beyond what we expect from even the most elaborately and lavishly produced film.

Shia LaBeouf understands this, and now you can’t stop him from interacting artistically with his audience. I watched a virtual version of a heart beating in perfect time with the one in Shia’s chest. People were deeply moved by this and I was moved as well: away from the monitor. It’s possibly the worst spent ten seconds of my life. I desperately looked for an ‘off’ switch and probably wouldn’t have minded too much if both hearts stopped as a result.

Shia is now primarily a digital installation. He’ll take drugs and tweet about the effects (judging from the tweets, he obviously needs much better drugs), he’s into interpretive dance, aggressive motivational speeches and of course – because he is the famous artist Shia LaBeouf (not the well-known actor who looks exactly the same) – he’ll even pass his wisdom on, chatting as a guest at SXSW so we can understand Shia the ‘artist’. Thank you Shia.

You may have picked up on the fact he makes me want to methodically bash my head on the keyboard of this laptop, but he’s certainly right if he believes there is an art form emerging. We’re in an age that will see another movement like Dada or Pop Art, and the browser will be its medium.

I could be accused of unfairly picking on Shia, especially considering he’s having a red-hot crack at this whole ‘art’ thing, but he’s just another victim of the one enduring perception of art that transcends all mediums: he seems like a pretentious wanker. That’s why I think this new medium – or at least the artistic use of it – is beautiful. It’s because it’s usually anonymous and its intent is often mysterious.

Of the list of 50 ‘useless’ websites I visited, several could be art, the defining factor being the intent of the designer or developer. That’s what Warhol gave us: artists deciding whether their work was art, rather than creating a masterpiece and having it validated five months later by a toffy academic glaring at it across the rim of a champagne flute.

Is intotime.com any less powerful than an installation at an exhibition where you sit in a chair opposite an artist and stare at them for five minutes? It feels less wanky, that’s for sure.

So while we marvel (very briefly) at a gamers attempt to drag Rihanna kicking and screaming into the world of Cosplay, or wonder why anyone would make what is basically a version of Spotify for retro arcade game soundtracks, let’s take some solace from the fact that a faceless community of new artists is reaching beyond the LOLs and ROFLs to make something more profound.

This is not new of course. Since 2000, ‘neens’ like From The Dark Past have highlighted the attempts of artists to create singular, untouchable works of art that are secured by the ownership of a single domain.  Expect this movement to rapidly increase in size and importance in the art world.

Unfortunately there is always the fear that Shia LeBeouf will somehow superimpose himself like graffiti over what we hope will evolve into a medium of modern masterpieces.

[…] Shia Labeouf and the pursuit of digital art […]
NEWSLETTER
Get on the list
Subscribe to receive the latest content marketing news and insights straight to your inbox.