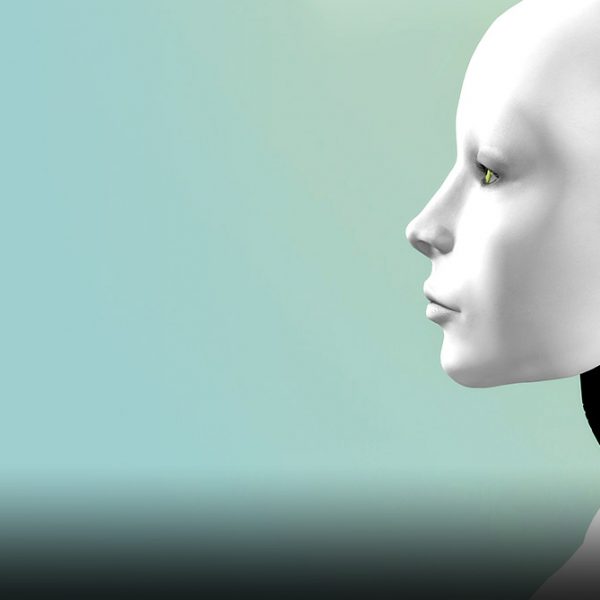 The SEARCH FOR THE PERFECT WOMAN

I cried at the end of Bicentennial Man. There I said it. Sure, I’m a bit of a softy but I’ve also been interested in the development of androids, since I was a kid.

The question that I think deserves to be answered is: where the hell are our sexbots and why is it taking so long to develop them? I’m not talking about Bicentennial Man in an ill-fitting wig; I’m talking about a realistic robot woman. What exactly is the hold up?

You can find the answer online if you dig deep enough. You see, robotics engineers are lunatics. They’re rarely interested in something as boring as the replication of human anatomy; they’re building machines that can defeat humans, not pleasure them.

For instance, Boston Dynamics engineers have made a series of incredibly loud and outlandishly terrifying bots that mimic animal movement and simultaneously scare the hell out of me. While designers think it’s cool that you can kick the robot and it will react by rebalancing, all I can think is ‘please don’t make it angry’. Have we learnt nothing from the Terminator franchise?

Where the hell are our sexbots and why is it taking so long to develop them?

Watching a massive machine gallop at 30km per hour, you can see why the Future of Life Institute drafted a letter to the United Nations calling for a ban on any weaponized AI that can act without human guidance. Considering Stephen Hawking and Noam Chomsky signed it, I’m hoping it helps robotics engineers prioritise correctly and get back to important task of artificial companionship.

Thankfully, after exhaustive research (about three Google searches), I found progress had been made in specialised areas. Harvard’s George Whitesides has developed a softbot with an incredibly gentle grip that could potentially get to second base with me, perhaps after a couple of drinks.

The breakthrough research in movement and AI is Honda’s Asimo bot that, despite having all the sex appeal of an electric can-opener, is an incredible achievement that gives you a glimpse of a future where robots operate at the front line of society. Regardless of the brilliance of this invention, when you see it running towards you, there’s a strong urge to bolt.

Getting closer to the aesthetics and expressions of a realistic replicant, it was a case of ‘careful what you wish for’. It seems the closer Japanese research teams get to human appearance and behaviour, the freakier the androids become. The word ‘potential’ immediately comes to mind, followed closely by the words, ‘get that thing away from me’.

One team has experimented with the psychological effect of the bots (one of each gender) on hospital patients. Personally, if I woke up and saw one of these machines staring at me, I’d assume the operation didn’t go so well.

It seems the closer Japanese research teams get to human appearance and behaviour, the freakier the androids become.

Geminoid F is Osaka University’s crowning glory. Possibly the most lifelike android on the planet, and the star of a play where she acts as—you guessed it—a robot. I’ve got a feeling she’s doomed to be typecast. Unfortunately I’m daunted by the prospect of dating anyone more famous or successful than myself. In a relationship with Geminoid, I’d be punching well above my weight.

Unfortunately when the AI component in androids reaches full development, our desires may become irrelevant and the urges of the robot could become the issue. Would a robot, initially programmed to love a human, learn to hate its ‘owner’, and would it view humanity as something to aspire to? Perhaps we will pay a price for our mistreatment of early prototypes.

How will a fully developed and artificially intelligent Geminoid F feel when she learns of the sad case of HitchBOT, a robot that managed to hitchhike across Canada, the Netherlands and Germany safely before making the mistake of entering the USA. The bot’s friendly demeanour lasted 300 miles before the machine was assaulted and destroyed. How am I meant to explain that type of brutality to my robot wife?

On second thoughts, I should probably just get the Blendr app.