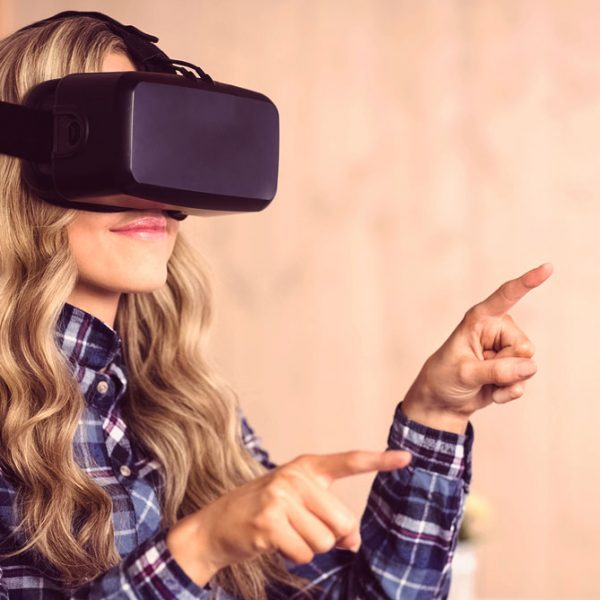 It’s almost another year gone by, and what a year 2015 has been. But, rather than looking back over the marketing technology innovations of this year, I want to have a stab at what might happen in 2016.

Here’s the Andrew Frith edition of the top tech predictions for the coming year.

One slide in particular from Mary Meeker’s Internet Trends 2015 report caught my attention. 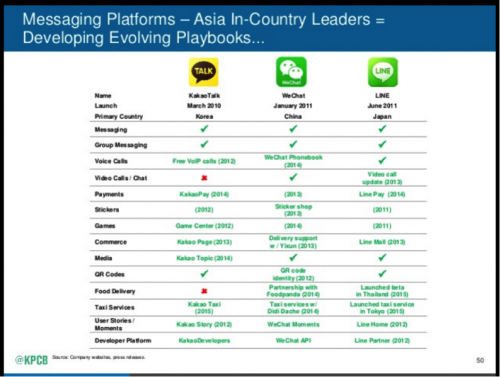 It won’t be long before Facebook Messenger, Whatsapp, Snapchat and who knows, maybe even Skype, steal a page out of the Asian messengers and build platforms that users can stay on all day.

Marketers will need to find creative ways to be relevant on these platforms as this is where more and more online audiences are predicted to be in the near future.

There’s been considerable media around the recent rise of Virtual Reality as a viable way for people to interact with virtual environments and content. The introduction of Magic Leap stirred excitement around the concept and began conversations about the power of VR to infiltrate everyday reality.

The upcoming launch of Oculus Rift in the first quarter of 2016 is definitely going to attract mainstream attention, too.

Oculus was bought by Facebook to much fanfare back in 2014 for $2 billion dollars and there is no doubt that Facebook will be thinking hard about how to bring advertising and marketing capabilities to their Oculus system. Followed by the ad networks working on new VR advertising formats to be displayed in and interacted with VR environments.

Gaming, entertainment and travel are obviously 3 big verticals that VR could have a big impact upon but the list can get pretty big when you think about it.

No matter how clever the digital content we consume in the future will be, we will always need to be able to find it first.

Search technology really is the glue that holds the digital world together.

Google obviously rules the roost right now in the search world but there are some recent developments that may complicate the picture a bit.

Facebook has been widely rumoured to be testing a new search system for its platform that could allow users to gain a much more powerful way to search the Facebook world and possibly beyond.

And everyone has heard the annoying robotic voice of Siri on Apple (accidentally or not), and seen the ads for voice control of search systems on Google devices.

Artificial intelligence research is high on the priority list at Google and they have devoted extensive resources to that research. The AI coming out of Google will first be seen in its search engines and I predict that 2016 may be a year of an important new AI capability to be built into Google’s technology. I’m holding out for that!

Whether you’re on a tablet or mobile, a website or an app, a social platform or searching in a search engine, the ability to buy something easily and immediately, will be a trend that continues to expand during 2016.

A ubiquitous buy button will always be only 1 click away.

We’re looking forward to what comes next for the marketing tech world in 2016.

Strategy
The burning questions for financial marketers in 2020
NEWSLETTER
Get on the list
Subscribe to receive the latest content marketing news and insights straight to your inbox.