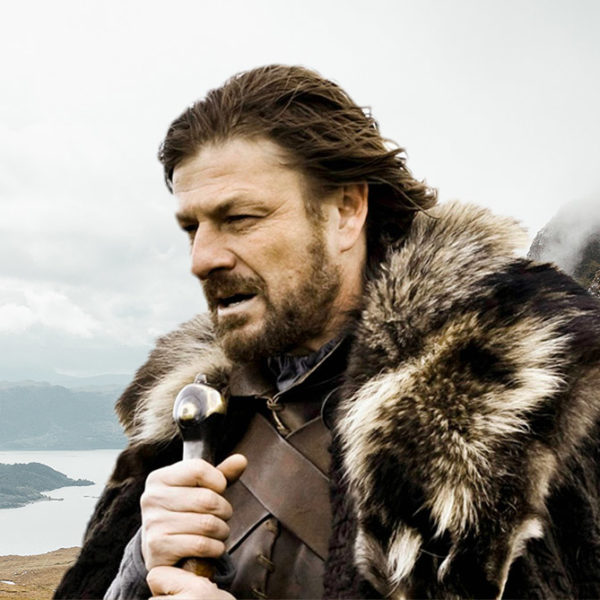 17.4 million viewers tuned in for the Game of Thrones’ final season on Sunday 14 April 2019. What’s behind the show’s extraordinary success? Sex and violence, yes. Schemes and betrayal, yes. Mastery of episodic storytelling? Yes, yes, yes. In the final minute of every episode, viewers are left hanging for more.

If this technique works for Game of Thrones, it can definitely work for you. Minus the murder and meddling of course. After all, content marketing and TV shows have one common aim: to hook and hold an audience. Here, we take a look at finance brands creating episodic content that’s turning audiences into addicts.

In 2016, Nationwide, a building society based in the UK wanted to come up with a content marketing campaign that would represent Britain’s diverse population. What better way to do this than by giving people of all backgrounds, ethnicities, genders, ages and sexualities a platform?

Nationwide invited 31 poets from all over the country to recite their work on camera. The result was Voices, a series of videos with a raw, homespun feel shot in varied locations – from laundromats to local cafes. The campaign attracted more than half a million views on YouTube and won the Diversity and Inclusion Champion Award at the 2018 Marketing Week Masters.

The campaign attracted more than half a million views on YouTube.

Plus, according to Marketing Week, Voices inspired people to join Nationwide. As of January 2019, 20% of all people in the UK who changed banks changed to Nationwide and, for 28% of them, the campaign was a motivator.

Turning tough questions into a talk show: Sahouri Insurance (US)

Understanding insurance can be a nightmare for consumers, inspiring anxiety, fear and indecision. To make it easier, Sahouri, an independent insurance agency based in Virginia, US, created Allen and Lauri In The Morning, a talk show broadcast via the web.

In February 2019, CommBank launched its first podcast, Leave Nothing To Chance. Hosted by comedian and ex-lawyer Yianni Agisilaou, the series focuses on the ups and downs of launching, running and growing a business. Each episode features a no-holds-barred interview with an Australian small business owner.

Subjects range from Edwina Sharrock, a Tamworth-based mother, who, frustrated by the lack of local services launched Birth Beat, an online hub that provides antenatal classes and childbirth education, to Alex Adams, founder of Eat Drink Play, a website dedicated to the best gastronomic and cultural experiences in Sydney and Melbourne.

Is it time for you to bring an episodic approach into your content marketing strategy? Next time you have a brilliant idea, consider maximising its potential over a series, rather than blowing it all on a single feature, video or podcast.

[Full disclosure: CommBank is a client of The Dubs]