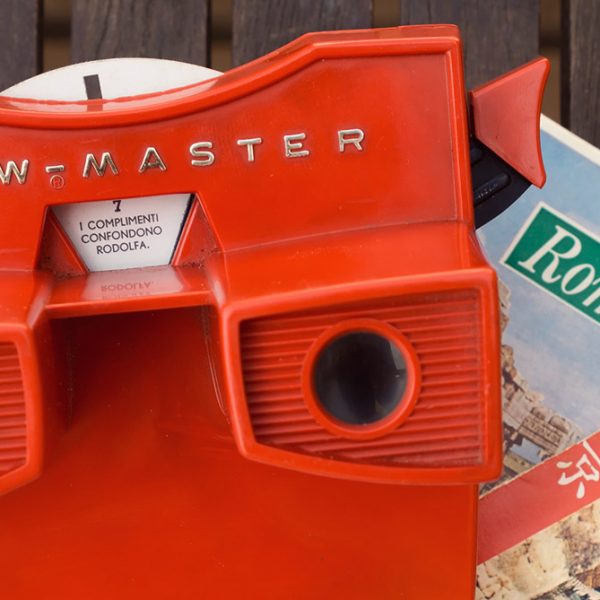 Writing an article about the applications of virtual reality within the marketing sector is like trying to write a synopsis of The Bible. We don’t have time for that – but let’s at least get started on VR marketing’s Book of Genesis equivalent.

As soon as you put on a pair of the VR goggles, your mind expands so rapidly you start annoying the crap out of all and sundry by maniacally vomiting ideas at them. Your name will probably be scratched from party invitation lists. Unless the host works in marketing. In which case they’ll just mentally record the 3000 ideas that spurt from your mouth faster than ninja stars.

If you don’t believe virtual reality will dramatically change society, you are either in a coma, a banjo-picking hillbilly, or a cave-dwelling troglodyte. I’m already hearing morons use the word ‘fad’. Let’s see how their companies fare when most of the world’s population no longer does business in the ‘real world’.

Marketers are insane if they’re not already ordering quadruple espresso hits and locking themselves in a room until they come up with a way to apply VR to their businesses. Why? Let’s list a few reasons and look at clever campaigns that illustrate this tech’s advantages.

One of the obvious new rules of marketing will be, if you have a high-end product that requires demonstration, proceed straight to virtual reality

You can transport potential customers to any place in the world and immerse them in that environment. Tourism Australia’s recent campaign has scored 10 million video views of their beautifully shot VR experiences. This is a popular tool in the global tourism industry at the moment, with Marriott leading the way in 2014 and Qantas producing a cheesy 360 promo for Hamilton Island in 2015.

But Tourism Australia’s vids have superior definition and are more stylish, simply using the beauty of the environment to sell the product. The aquatic footage, in particular, is compelling, leading to sky-high engagement with potential visitors. The organisation now plans to ship Google Cardboard to key travel agencies. Considering we allowed Tony Abbott to frolic on the world stage for a couple of years, this is probably the smartest Australia has looked since we accidentally invented Wi-Fi.

A slight variation on the tourism industry’s application of VR illustrates the second most effective use of immersion. Volvo’s 360-degree test drive of the XC90 is an example of what will become the norm for producers of vehicles and aircraft. One of the obvious new rules of marketing will be, if you have a high-end product that requires demonstration, proceed straight to virtual reality. The same techniques will be leveraged by the real estate industry where 3D animated walkthroughs will be superseded by VR tours using real footage. Expect to see more properties sold off the plan as foreign investors get a more tangible feel for their investment opportunities.

If immersion isn’t incredible enough, let me ask you a question. When was the last time a major technological advancement was offered to consumers for $15? I’m going out on a limb here and assuming the answer is never, but that’s all it takes to transform your phone into a VR headset. Or you can do it for the cost of a McDonalds Happy Meal because the fast food giant’s clever copy of Google Cardboard allows patrons to fold their Happy Meal box into a neat little set of goggles, perfect for experiencing McDonalds’ VR apps.

The only weakness of the marketing campaigns I’ve been impressed by so far, including the Master of Marketing award winner, Boursin’s Sensorium, is the obvious fact that VR has been predominantly reliant on animated videos, which are obviously expensive to produce. This is about to change as the first low-end cams hit the market. Samsung and LG are releasing models that cost hundreds of dollars rather than thousands. This puts VR production within reach of all businesses. Until now, footage has been captured on devices like the $60,000 Nokia Ozo and the convoluted GoPro VR mount.

Don’t believe the naysayers like Gizmodo’s Michael Nunez whose Don’t Waste Your Time on VR Marketing Ploys article reminded me of all the critics who have written off augmented reality just because the first version of Google Glass was a little wonky. While he’s absolutely right about poor applications of the technology, it’s like trying to claim music is shit by citing the Cyrus family as an example.

You can’t blame a technology, or even an industry still coming to grips with VR, for stuttering attempts to find relevant uses. It’s short sighted to deny it will become an integral part of our marketing activities. You don’t need to be a psychic visionary to imagine how much more convincing a sales pitch will be when you can transport your entire demographic to a virtual store.

IKEA already has an app on the Steam store and, while most of the current virtual storefronts are embarrassingly crude, companies such as Visualise are working with major brands to deliver immersive shopping experiences. Ironically, VR will take consumers back to a bricks and mortar-style shopping experience. The only difference will be the small, unimportant fact that the store won’t be ‘real’.

Eventually this form of commerce and the marketing techniques we’ve highlighted will all be a part of the Metaverse, which may lead to the frightening possibility of not only isolated, alternate realities, but entire new worlds of perception. The obvious precursor to the Metaverse was the height of Second Life’s popularity when major chains began building stores in that alternate reality.

For now, McDonalds, Tourism Australia and Volvo are among the businesses using virtual reality cleverly. But we’ve only scratched the surface. Remember that Facebook owns Oculus, so what does the world’s most powerful social media platform have planned in terms of integration?

It’s just one of the thousands of ideas open to speculation and, as always, the marketing world will need to predict, plan and react at every stage of the technology’s development. Unfortunately for anyone in a marketing business or department, the initial motivator is already in play: right now, your competitor is probably planning a VR campaign.