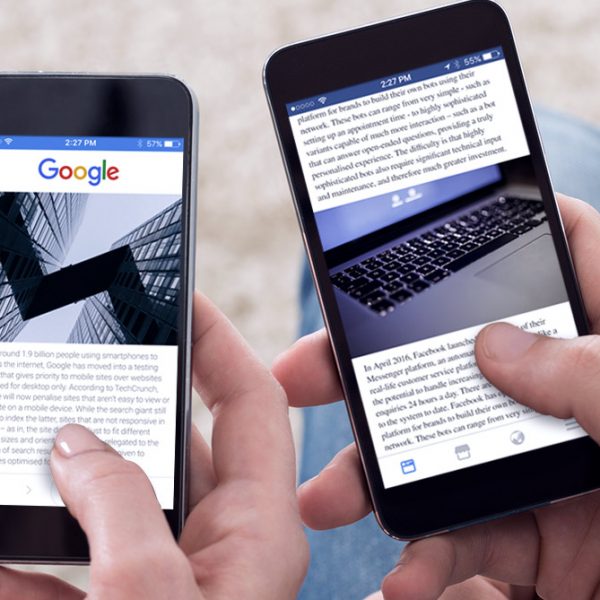 With both companies moving into content creation in 2017, does this mean the social media kingpins are morphing into media empires?

In a recent Content Marketing Institute (CMI) podcast, Joe Pulizzi and Robert Rose brought to light both Facebook and Google’s move into content and media. The two tech giants are recognising gaps in content and are actively pursuing well-known, but as yet undisclosed, brands to create content to fill these holes.

With both companies moving into content creation in 2017, does this mean the social media kingpins are morphing into media empires?

The CMI podcast reveals Google also recently approached a major brand to create original content for its platform; content that Google will own. At time of publication, no details were available on the brands involved in Google and Facebook’s new efforts.

Separate to pursuing this mysterious brand-created content, Recode states Facebook have also engaged Vox Media to produce exclusive live content. Facebook’s Ricky Van Veen says, “Earlier this year, we started rolling out the Video tab, a dedicated place for video on Facebook. Our goal is to kick start an ecosystem of partner content for the tab”.

In a recent Business Insider article, Jeff Desjardins says Google and Facebook control 57.6% of the digital ad market, and this figure is growing. Brands have often managed to get around having to pay for digital advertising by sharing content via Facebook, and gaining exposure through organic search in Google, but with both companies now looking to publish content for their own financial gain, relying on free or even paid advertising may become increasingly risky.

It seems the dynamic duo seek to control both digital advertising and content marketing, but are yet to make it clear how they will monetise their newfound content. Paid advertising is still likely to yield results, but brands may soon be competing against the content owned by these two companies, which will undoubtedly be given preference by their cryptic algorithm rankings.

How finance companies can capitalise

It’s probably unwise for finance brands to place all their advertising goals in the hands of Google and/or Facebook (outlets they don’t control – don’t build a house on land you don’t own), they are now in a position to leverage some deals.

With both companies hungry to acquire content, financial services can look to fill content gaps and receive either monetary payment, or preferential treatment in return for original content. The CMI suggest, with Google, this could mean priority placement in search without having to pay for the privilege, and possibly the same with Facebook advertising.

While pursuing their own content marketing strategies independent of Facebook and Google, finance companies have a unique opening to gain an edge over the competition. Now is the time for finance brands to team up with a great content marketing company and tap into this wealth of new opportunities.

Darren Burton
Darren has been writing in one form or another for more than 30 years. He has worked as a feature writer, copywriter and content writer. Although his writing is mostly focused on content marketing these days, he also has a passion for writing fiction and has published several eBooks. Darren divides his time between writing, internet marketing and his latest passion; composing and producing music for music licensing and sync licensing.
You might also like