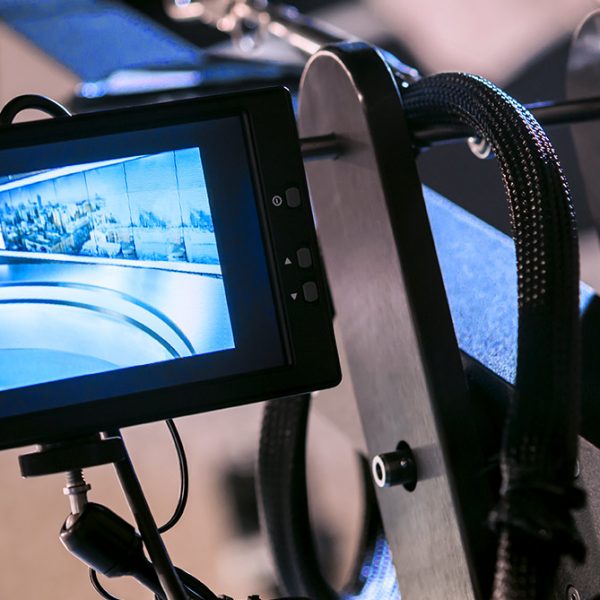 What does it take for a finance brand to launch a branded newsroom?

//
Inside the machine at ANZ

Publishing was once the privilege of media companies but, as the internet has made it possible for anyone to be a publisher, and we’ve observed a decline in traditional media resources, brands have stepped in to fill the void – with a great deal of success. Branded newsrooms have been embraced by some of the world’s biggest companies, American Express, GE, Credit Suisse, Marriott, Microsoft and Walmart, to name a few, have successfully created publishing arms dedicated to content designed to talk about product without talking about product. In the finance realm, ANZ’s BlueNotes stands out as Australia’s first branded newsroom.

Write what you know

Most brands stick to, knowingly or not, horror author Stephen King’s golden rule of ‘write what you know’, and become specialists in their niche, sharing their knowledge with an audience already interested in their topic. Launched in 2014, in part to fill a gap left by dwindling finance publications, ANZ BlueNotes reached over 800,000 unique visitors in 2016. “Ultimately we started because traditional media was shrinking,” says BlueNotes’ managing editor, Andrew Cornell. The award-winning journalist worked for two decades at the Australian Financial Review and had firsthand experience watching the financial publishing space shrink. “There’s an audience for the kind of content we produce, and traditional media just doesn’t have the resources to do all of these stories. We’re filling the gap.” Cornell says. “Ten years ago you couldn’t have done this because it would have been too expensive to start a newspaper or a radio station, but you can start an online site.”

(Full disclosure – ANZ is a client of The Dubs)

For brands to succeed as publishers, particularly if one of their goals is to create content shareable beyond their channels, investing in quality is essential. By producing stories of journalistic standard, the content is regarded as genuine and becomes a trusted source. “We encourage traditional media to use our stories, which is why we write them to that standard,” Cornell explains. “There’s no marketing in it. It’s all about good stories.” In-house journalists, including Cornell, are involved in content production, creation and editing. They also have contributors throughout Australia, Asia and New Zealand. According to Cornell, the majority of contributors fall into two camps: experienced former traditional media journalists, or thought leaders from companies including PWC and major law firms. “We work with them so that the content is in a format the BlueNotes’ audience responses to. You cannot publish an eight-page PDF, because people don’t read it, but we can work with them to make it engaging.”

Using data? Yes – and no

Many brands are taking advantage of consumer data to create content, using metrics related to engagement rates to provide insights and drive content that may appeal to audiences. While BlueNotes does use data in their day-to-day editorial decisions, Cornell warns against relying only on numbers to make editorial decisions, particularly in the case of smaller publishers where data is limited. “Data is important, but it’s easy to overstate. For us, it’s still important to talk to our readers as much as we can and listen to their comments,” he says, adding that anecdotal feedback is also important for a site such as BlueNotes, where “data isn’t huge enough to be that meaningful.”

Don’t be afraid to experiment

Digital publishing has brought newfound flexibility that gives brands the ability to play with content. Cornell believes that, while it is important to tailor some content based on metrics, experimenting can bring unexpected and positive results. “This is where data doesn’t help. We don’t always know what our audience might like, what they might be engaged in. We try to publish things that are unexpected and see how it goes,” he says, adding the lack of experimentation in traditional media could partly explain why digital disruption has had such an impact.

Many branded newsrooms have access to a gold mine of in-house experts and can encourage staff to share insights in articles they write themselves or which may be ghost written by the editorial team. Cornell stays on top of what is happening across ANZ and believes it’s often what’s below the water that makes for better content. “We aren’t so much interested in the bank producing a new credit card, but we are interested in why they would do it. What’s happening with consumer trends? How is technology changing? Those sort of stories behind the stories are good for us,” he explains. “In these large institutions, there is an incredible amount of insight and expertise and great research. We try and tap into that. Some of it is commercial and sensitive, and we don’t publish that. But there is a huge amount that isn’t, that’s interesting and that our audience would like to consume.”

The process of launching a branded newsroom is far more involved than creating a blog and requires dedication, resources and planning to have the desired impact and maintain an engaged audience. Andrew’s view is that a branded newsroom can be an excellent way to build brand awareness. While success rarely happens overnight, the longer-term results can be substantial.