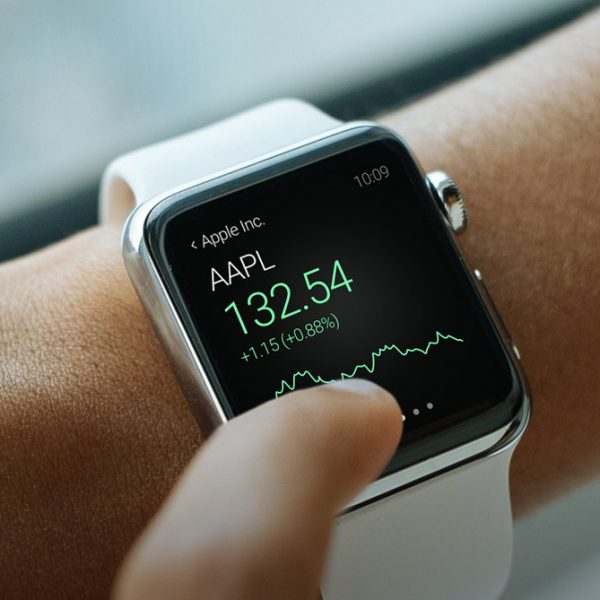 What the Internet of Things Means for the Finance Sector

//
The times they are a changin'

Interconnectivity has enormous implications for the banking end of town, and opportunities that could deliver greater security and bigger profits.

In five years’ time a share market or currency investor could well be checking the profits from secure, remotely generated transactions made on their behalf on their smartwatch – thanks to the rapidly developing world of the Internet of Things (IoT).

“Banks need to ensure their offerings meet consumer expectations for ‘anytime and anywhere’ services,” warned Yan Lida, President of ICT heavyweight Huawei’s Enterprise Business Group, in his opening speech at this year’s FSI Forum to Accelerate Digital Banking Transformation. And it seems his audience is taking notice: the financial services sector is one of the biggest global investors in sensors capable of interacting with the IoT.

A 2015 analysis has predicted that by 2020 there will be a total of 21 billion devices connected to the IoT, generating a global economic value-add in trillions. Already the electronics industry has responded by developing a plethora of consumer tech offerings capable of communicating with these smart devices, including domestic appliances, health and exercise monitors, home security systems and temperature control equipment, with products using sensing and communications technologies, such as self-driving cars, snatching headlines.

But another, even more important dimension to the IoT phenomenon, which is being hailed as the biggest disruptor since the Industrial Revolution, is cybersecurity and privacy of data, both individual and corporate. Samsung, whose latest smartphone incorporates high security iris scanner technology, is already partnering with major American banks, and the blockchain-based distribution platform Ethereum recently unveiled its ‘Lightning Network’ Raiden, which is designed to work with IoT devices.

The Lightning Network promises to reframe the Bitcoin digital ledger blockchain to minimise the amount of data broadcast by having thousands – if not millions – bundled into a single on-blockchain transaction, allowing instant micro-transactions without fees and opening up the potential for iOT or micro-payments for web-based content.

Raiden creator and CEO of Brainbot Technologies, Heiko Hees, says his open technology stack provides IoT app developers with a handy tool, one where the actual transfer during a transaction takes place off-chain. “I think that’s very good from the perspective of IoT developers, and especially as the IoT economy will benefit from interoperability between multiple devices which could be senders or actuators, and the blockchain could be a common rail to put the infrastructure on.”

For the finance sector instant transfer of huge blocks of data via cloud computing is shaping up to be an industry game changer. Hees is already in conversation with privacy-conscious corporates interested in Raiden’s potential to enable underwritten payments between any two parties while limiting the broadcast of transaction data.

Other banks, such as Union Bank of Switzerland and Barclays, have quickly seen the potential of blockchain payments to streamline back-office functions and are developing in-house applications, while others are investing in start-ups such as R3 CEV, which already has 50 banks in its consortia, to develop custom blockchain-enabled solutions for the financial industry. The savings in costs are predicted to be as much as US$20 billion.

The other area that has significance for the finance sector is personalisation of services. Telematics are being used already to individually tailor car insurance to usage and history, for example, and sensing technology has the potential to be used with ATMs and credit/debit cards to take action on the owner’s behalf. The scope ranges from the mundane to whole of life.

“If you’re paying for groceries with your refrigerator, as a banker I want to have my credentials in your refrigerator making that payment,” J Paul Leavell, senior marketing analyst at Charlotte Metro Federal, neatly summarises why banks should be interested in these types of applications.

By extension, the IoT could also enable transfers and even brokering for an individual account holder. In a world where customer experience and above all ease of operability, more than product or price, is increasingly the brand differentiator, the market potential cannot be underestimated.
“Banks will need four key capabilities to thrive under this wave of digital transformation,” predicts Foo Boon Ping, managing editor of The Asian Banker, “Refined customer management, product and service innovation, omni-channel optimisation and transformation, and extensive, ecosystem-wide collaboration.”

In other words, in addition to working with innovative systems, the financial institutions are going to have to work with each other.

Design
Does the Internet of Things impact finance brands?

Design
How to create landing pages that convert

Design
Nailing visual branding for finance brands
NEWSLETTER
Get on the list
Subscribe to receive the latest content marketing news and insights straight to your inbox.