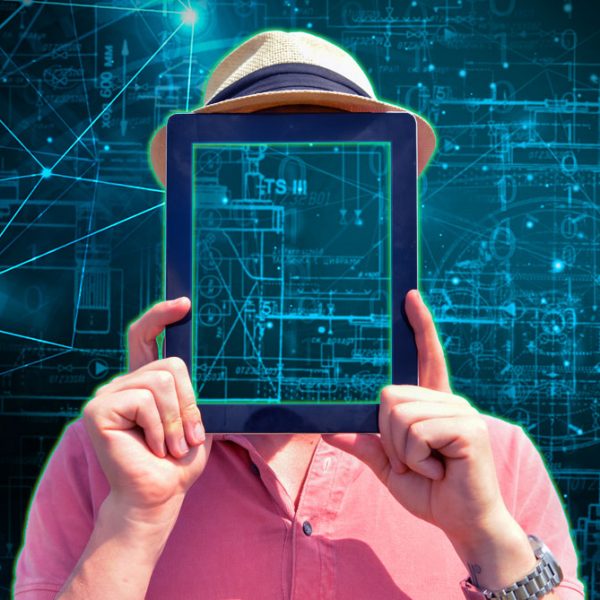 I recently came across a Quora forum thread asking ‘What will the internet be like in 2050?’

Being both a sci-fi buff and a real science nerd who likes to fantasise about such things, it’s interesting to see what other people are thinking when asked this question.

Here are some quotes from the Quora thread.

“In 2050 there will be no such thing as phones, tablets, or computers. Instead, computing will just be embedded into ourselves, literally & figuratively, and these machines will extend the brains that we have today.

Because “computers” will just be part of ourselves there won’t be any need for keyboards or screens on these devices anymore.

Well, I’m on board with this one pretty much. I agree that computing will get miniaturised to the point of being embedded into our bodies somewhere (as long as it doesn’t hurt, I’m probably in). Although, I’m not sure about information being displayed through our eyes: sounds a bit scary to me.

Actually, it all sounds a bit cyberpunk, but the tech-whizz in me likes that. Many years ago, I got to hang out for a few days in Tokyo with the writer William Gibson and his wife. In the mid ’80s, he was writing books like Neuromancer that pretty much invented the concept of networked virtual realities and brain/computer connections.

Ironically, Gibson was not a techy person at all. He wrote Neuromancer on a typewriter as his computer skills were anything but proficient. Nevertheless, his projection of cyberspace and the matrix world is probably coming sooner than we think, certainly by 2050.

Here’s another quote form the forum:

“The Information and Industrial economy will be joined up entirely.  Almost all economic activity will start at IT work creating IP.  CAD and design will be the main human activity, with the creation of things via 3D printers and assemblers happening directly and locally.  The economy will be profoundly global on ideas and profoundly local on production, kind of a reverse of the current economy where content is created locally and things globally.”

Well, that sounds pretty cool to me too. I’d add nanotechnology into the mix and I think the production of ‘things’ will definitely be very different to how we produce things now.

“Education will move online, but utilizing proctored facilities and telepresence technologies in order to virtualize the teacher’s role.”

What about this one?

“Pervasive computing, haptic computing and internet of things will make “Internet” invisible and inevitable. Every part of your life ecosystem will be so automatic and yet personalized, all based on your surroundings, your behaviour trend, your past actions taken in the current context. All this will create a “Another Live You” but “Virtual”, and more powerful than the “Real” you.”

I had to look up ‘haptic’: it means ‘touch’. Well, as a long time MMO (massively multiplayer online) gamer, I can appreciate the ‘virtual’ self and avatar concepts. Maybe I have watched too many Japanese sci-fi animations but I can see that – by 2050 – our virtual avatars will probably be AI-powered and indistinguishable from a real person online. Some kind of virtual clone maybe.

Yet as much as I think it’s fun to ponder these things, when we look back at previous generations’ predictions of the future they always seem to have been a bit wide of the mark, and generally overly-optimistic. The likely reality is that super-advanced computing and virtual what-nots are still going to be accessible to the wealthier half of the world’s population, and all those old computer screens and has-been technologies will be palmed off on the less privileged.