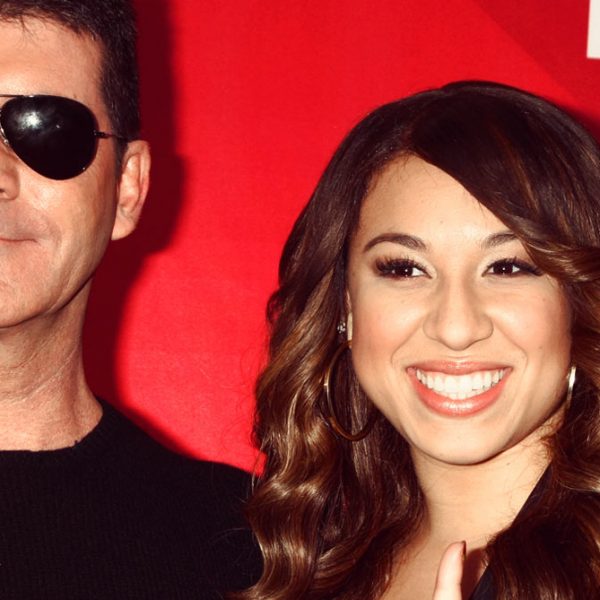 WHICH BRAND WILL CRACK THE X FACTOR?

//
It's not rocket surgery

For decades TV has reigned supreme, creating the entertainment smash hits we love, religiously watch and rant about with friends. But as the TV networks are painfully aware, even massive global franchises (think The X Factor) do lose their power. Overall, TV ratings trends show we’re not swallowing the latest slate of entertainment fodder like we used to.

Who’s to blame? The internet, of course. It has connected us all and fragmented the media landscape giving us a democratisation of what we can view, read, watch and discuss whenever we like.

TV networks don’t see it as democratisation of course. To them it’s a people’s revolution that’s destroying their monarchy – and their business.

I see it in a different way. History teaches us that when one great empire falls there’s often a turbulent period of chaos until a new empire rises to claim dominion and restore order.

Clearly this is what’s going on now. We are slowly dethroning TV as the king, with pundits far and wide declaring content the new king of our connected world. And with the fall of this empire we’re entering a period of media anarchy until a new champion rises to capture our viewing habits.

I say media anarchy because that’s what it is. Simply saying content is king doesn’t cut it. TV is easy to understand while content is not – it’s a totally nebulous term. I work in the content marketing industry and I can’t describe it simply to mates over a beer. I waffle on about audience trends and fragmented media consumption and they say, “Right, so you write articles for brands about their stuff, dump videos about their stuff on YouTube and post stuff about their stuff on Facebook”. I’m left with, “No, yes, no, kinda – let’s forget it. You been watching the cricket?” and we move on.

How did we get here?

A decade ago, while TV execs were happily counting mounds of their advertisers’ cash, an online video platform called YouTube launched. I’ll declare my own inner Luddite tendencies now because I remember at the time saying, “This is crap – who wants to watch boring videos of people having a day at the zoo – it’ll never catch on”.

Around the same time a guy called Mark Zuckerberg who was desperate for a date launched Facebook in a bid to meet girls. Likewise I remember at the time saying, “Who wants to see pics of their mate’s family having a day at the zoo – this is fully dull”.

And shortly after, Twitter launched so people could say, “I’m at the zoo with my family. Yay!” I clearly remember thinking, “FFS! – really, why would you do that?”

To round this off, depending on which Google search return you believe, blogging had kicked off in a low key way in the mid-90s so people could write: “It was a fine day when I woke up so at breakfast I asked my family if they’d like to go to the zoo. When we got there I was struck with how expensive the tickets were but it was all worthwhile because my kids loved seeing the monkeys and the seal show was great. Next weekend I think we’re going to the movies. Check back to then read my review of the film”.

While at the time I thought the others were pointless I thought blogging was the nadir of dire – but a decade later here I am. What we can draw from this is:

1) I don’t sound like a very nice friend; and

2) revolutions start at grass roots and can’t be recognised as revolutions until the horse has bolted.

And while it’s grassroots, everyday people who fuel the revolution, it’s advertisers who take the reins and shout ‘giddy-up’. Why do I say this? Because marketers go where the audience is and it’s their advertising cash that pays for its development.

Today a lot of brands blog, are active in the usual social media suspects of Facebook and Twitter and have a YouTube channel they can dump marketing videos into, as if this will somehow transform them from a TVC into must-see viewing.

While of course there are leaders in this field – the likes of Red Bull standing tall and many others worth honourable mentions like GE, IBM and BMW – for the vast majority what you’ve got now is everyone generally covering the same topics in their area and generally doing it competently.

What was innovative a few years ago among brand publishers has rapidly settled into an environment I refer to as blog smog – it’s all just a flat haze.

But before I slag off content work that we ourselves contribute to in the brand blog space, my point here is the current article-led blog content will decreasingly be the hero that catches your audience. While it will still make up the bulk of the content brands publish, it will settle into an always-on hygiene role in the content funnel to inform and help consumers to hopefully make what is at some point a sale for the business.

The natural next step for brands

So now that brands are becoming generally more comfortable with taking the mantle of publisher away from newspapers and magazines, what is their next natural progression?

I think brand broadcaster. You’ll think, thanks Sherlock, it’s not like I haven’t read every pundit saying online video is the next big thing for marketing. What I mean is a true brand broadcaster – which I think will be an exponentially harder nut to crack than becoming a brand publisher.

Any brand that redirects a part of its existing advertising budget can get a decent content marketing agency onboard, hire some journalists in-house and build a slate of freelancers to put out a credible content marketing offering.

But becoming a hero brand broadcaster is a real bitch (as we’ll explore in later posts). Because it’s the art of creating “hero” videos to capture your audience at scale so you can draw them to your always-on, brand publisher “hygiene” written content.

What adventurous brands are doing

The more progressive brands are moving away from TVCs and head to cameras on their YouTube channels and progressing towards a short form episodic documentary style.

Take a look at IBM’s content campaign. They say they made 50 short form documentaries rather than tip that budget into a TVC. I think they’re nicely done but I think if you showed them to a documentary maker they’d say, “Wow, these are really nice ads. Much better than usual ads”.

I think in reality they’re a halfway house between advertising and storytelling. They’re safe but they are good and this is an evolving space so look to the documentary style (for now) as a place to move your video output along.

But please don’t think of them as compelling. Not in the true sense as TV networks have known with smash hits like The X Factor. I can’t see anyone wanting to watch all 50 episodes of IBM’s video series but we do know masses religiously watch The X Factor every week.

All hail the new king

So who’s going to crack that nut – achieve mass reach with video? I think it will be a media hybrid that creates it, with a gutsy brand – one of the new breed of media upstarts that are talent-led online media companies shaping the future of short-form video series at scale.

Maker Studios is the one to watch. With more than 55,000 YouTube channels in its network and more than 10 billion views a month, that’s muscled them up right there with any TV broadcaster globally.

Groups like Maker Studios create a lot of their own content but they also work with brands to co-create. I believe it’ll be from an environment like this, within the next year or so, that a content format as globally recognisable and loved by its audience as The X Factor will be born.

But it won’t be TV as we know it and it won’t be on TV. It’ll be YouTube-led, it’ll be watched on mobile and discussed on social networks everywhere. It’ll be much more than TV ever was but this will also be the defining moment where we don’t have to fumble to explain content marketing – because we’ll now know who is king.