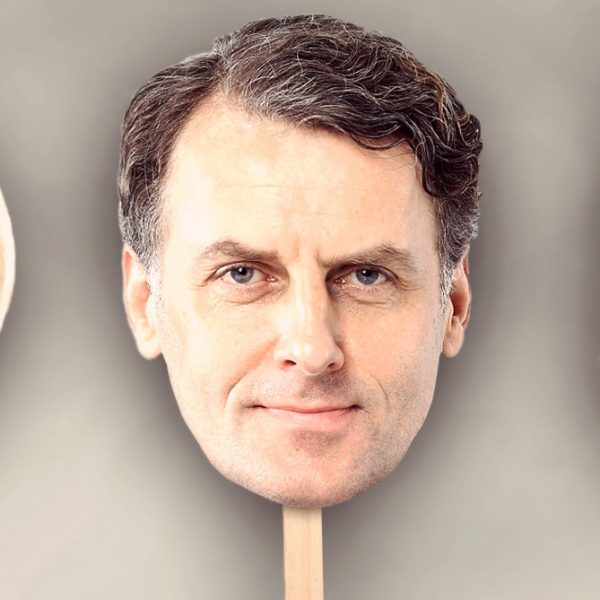 WHY BECOMING A BRAND BROADCASTER IS A REAL BITCH!

For a brand to become a credible publisher is a difficult enough step. But as we discuss in this article the next logical step is to become a hero brand broadcaster. And that’s going to be a killer. Here’s three big reasons why.

Brand broadcasting is expensive, and even if you spend a motza, there’s no guarantee it will work

Any idiot that says making good online video is cheap and easy to do is exactly that – an idiot (in this regard anyway – sorry).

I’m just not going to justify explaining this. Movie studios and TV production houses don’t spend a fortune making film and video because they love burning their money – everything taken into account, it’s what it takes to make compelling content. And even with their years of experience and cash backing just as often as not they get it wrong with an expensive dud. That’s a sobering thought for marketers.

I won’t point fingers; just pick a bunch of brands yourself and take a look at their YouTube channels. With a few brilliant exceptions, what you’ll likely see is their TVCs, some dire head to cameras shot in their office, maybe a few animated “how to’s” and potentially a comedic skit involving their brand which their agency said would go “viral”.

Sadly no – this is not compelling content. Just take a look at brands’ video views in YouTube. Maybe a hundred or so views on each, sometimes a few thousand if lucky. There are exceptions where you’ll see some hundreds of thousands of views. You do that by spending hard on paid social media.

The other simple proving point is look at the “subscriber” numbers on the brand’s YouTube channel. If it’s in the tens of thousands or hundreds of thousands then I’d say they’re doing something right because that means the viewer has made a conscious decision to see more of their stuff.

But the chances are the brand will have a few hundred subscribers (if they’re lucky), which means the viewer saw something once and decided they really don’t want to see any more of that again – ever!

Yes, you can make a few head to cameras for low cost and it is video and you can put it online. But its actual value to the consumer, and likewise to the brand, is low at best and harmful at worst. On the flipside take a look at Red Bull. It’s not cheap to get a guy to the edge of space in a balloon and film him hurtling back to earth in a tumbling dive. But it is compelling viewing. Obviously there’s a lot of ground in between for a marketer but for the purposes of this article I’m tent polling at both ends of spectrum to highlight a point.

Brands want to be safe

I’m making a lot of generalisations here so why stop. Safe marketing is a brand’s happy place. But humans enjoy watching stories with an element of jeopardy. They don’t want to know how it’s going to end up.

For most marketers this is unsafe territory that screams brand (and career) risk. And that will more often than not soften the story down to their brand happy place. They won’t offend anyone with this approach but nor will they inspire anyone with it either.

But we can’t just heap blame on marketers for their aversion to risk. Much of that fault lies with us – the audience. There’s a litany of brands that have tried something different that for whatever reason has incensed the social media hordes and they come tearing over the Facebook and Twitter parapets demanding that heads roll, and exclaiming they’ll never buy from them again. And what do brands do? They grovel for forgiveness.

Such pack venting must fulfil some primeval urge in us but really if we ever treated an individual in that manner you’d likely see yourself fronting a magistrate being slapped with an AVO.

Bad audience manners really is a hurdle to quality brand-funded video programming. So behave yourself and enjoy better viewing!

Personality is king (and queen)

Video is largely personality and talent driven. Take a look at YouTube and the rapid rise of YouTubers like PewDiePie. Successful YouTubers start out in their bedrooms making commentary on whatever it is they’re into. But they all are just good talent and have a personality that gels with their audience for whatever reason. YouTubers are now becoming stars in their own right.

In the not-too-distant future the big stars won’t come from TV anymore, they’ll come from video platforms like YouTube.

The problem for the marketer here is that it puts the primacy of the talent in first place and the brand in a secondary light. I can understand they’d prefer it to be the other way round.

But look at Red Bull – all of its video content is talent led: extreme sports people; other people just doing extraordinary things; or really great computer gamers showing off with great gameplay.

Nobody at any point is talking about a fizzy energy drink in a can but you get the message. Red Bull is all about energy and getting into things in a big way and the audience loves them for it.

So you’re probably thinking thanks for blagging on about how hard it’s going to be a brand broadcaster and it’s all just going to be an incredibly expensive snafu that’ll cost my job for something that only my family will see on YouTube and the agency types who furiously racked up a few views after a desperate email went round their office.

To get back onto a positive note, think of it this way. Online video for brands is evolving and it’s becoming clearer it will be the “hero” to capture your audience at scale so you can draw them to your always-on brand publisher “hygiene” written content.

But just cobbling together a disparate bunch of videos won’t do it. You’ll need a central theme that’s simply great (that’s the hard bit of course) and gives you a programming platform you can continue to build upon and bring your audience along on the journey.

Lastly, If you’re thinking about getting into online video take a look at this help guide from Google. It’s a good place to start. And follow blogs like Tubefilter. While you probably won’t create YouTuber content for your brand it will keep you abreast of what’s massively popular with the audience right now. It’s food for thought.